The Australian constitution makes no reference to indigenous people, whose leaders have struggled to win recognition for injustices suffered since the beginning of European colonisation in the 1700s 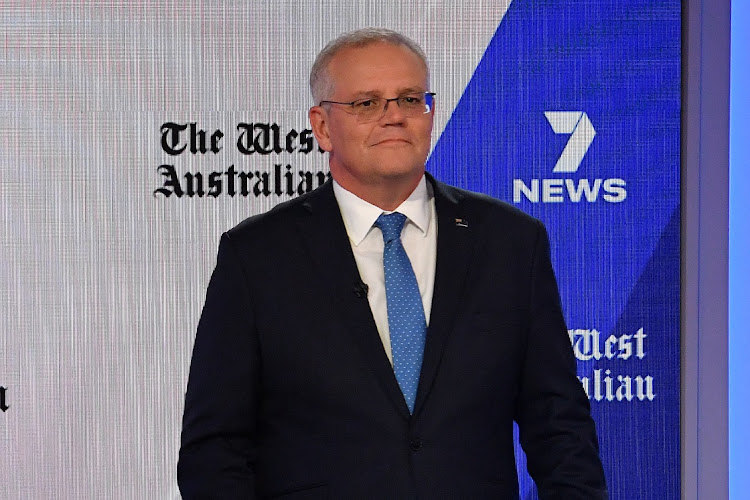 Canberra — Activists at one of the world’s longest-running protests for the rights of indigenous people are not pinning their hopes for change on Australia’s May 21 general election.

The election campaign has been dominated by debate about rising prices, Covid-19 and climate change, with the plight of Australia’s 700,000 or so indigenous people, who track near the bottom of its 25-million citizens on almost every economic and social indicator, far from the top of the agenda.

“I don't vote and wouldn't vote until we have our own voice,” said Gwenda Stanley, an activist living at the “aboriginal tent embassy” camp of shelters on a lawn across from the old parliament building in Canberra.

The site was first occupied 50 years ago to protest against Australia’s treatment of its indigenous people, who trace their roots back 65,000 years before British colonialists arrived.

While there may be cynicism about the election, indigenous activists are taking advantage of the campaign to remind political parties of their core demand — that Australia for the first time recognises its original inhabitants in its constitution.

The constitution makes no reference to indigenous people, whose leaders have struggled for generations to win recognition for injustices suffered since the beginning of European colonisation in the 1700s.

Denied the vote until the mid-1960s, indigenous people face a 10-year gap in life expectancy compared with other Australians and make up 30% of the prison population. Aboriginal deaths in police custody have been a problem for years despite a Royal Commission looking into the issue since 1991.

The government only issued a formal apology for all injustices in 2008.

Campaigners are seeking a referendum, which is required to make changes to the constitution, on recognising indigenous minorities in the constitution and mandating governments to consult Aboriginal people on decisions that affect their lives.

Activists launched an information campaign last week running on all major television networks calling on political parties to back a referendum in 2023.

Constitutional recognition is a complex issue in a country that only started counting its indigenous people as part of its population in 1967.

But Australians are coming around in ever greater numbers in support of change. Public broadcaster ABC News said last week that 73% of people agreed there should be constitutional change to give indigenous Australians a greater say over their lives.

This was higher than the 64% of voters agreeing to a referendum in the 2019 election.

A successful referendum would bring Australia in line with Canada, New Zealand and the US in formally recognising indigenous populations.

But the big political parties are divided on how to handle the demand.

Campaigning for the polls, Prime Minister Scott Morrison last week refused to back a referendum, saying instead his government's policy was to establish indigenous representation in parliament through legislation.

The ruling coalition had promised in 2019 to hold a referendum and allocated $160m for the process but little came of it.

Morrison’s office did not respond to a request for comment on its views and plans on the issue.

The opposition Labor Party, however, has promised a referendum, a demand first enshrined in a 2017 Uluru Statement at a convention that brought together more than 250 Aboriginal and Torres Strait Islander leaders at the sacred monolith in central Australia.

Constitutional change requires approval through a referendum, with the backing of a majority of votes in a majority of states — a rare feat achieved only eight times in 44 attempts since 1901.

But it's the only way to bring about real reform, analysts say.

“If we want to see true structural change that changes how our country works then we need to have a referendum,” said James Blackwell, research fellow in Indigenous Diplomacy at the Australian National University, who belongs to the Wiradyuri people.

“It’s disappointing in many aspects that we have to keep coming back begging for rights, begging for recognition. But it is the way our system works,” said Blackwell, a member of the Uluru Dialogue group of community leaders, legal scholars and activists.

The activists at the Canberra protest are staying put as the politics plays out.

“That’s the whole point of this embassy … to remind the government and the rest of the world that we are still oppressed people,” said Stanley, who is from the Gomeroi people.

“We are staying here forever.”

Words are not enough, Scott Morrison told after apology for culture of abuse

Australia still has unequal gender representation at top government levels, with women making up less than a third of politicians in the House of ...
News
3 months ago

Brazil’s president is using the Ukraine conflict to rush a bill that would allow mining, say rights groups
World
2 months ago
Next Article