American journalist Danny Fenster was released from prison on Monday in Myanmar and has left the country, his employer said 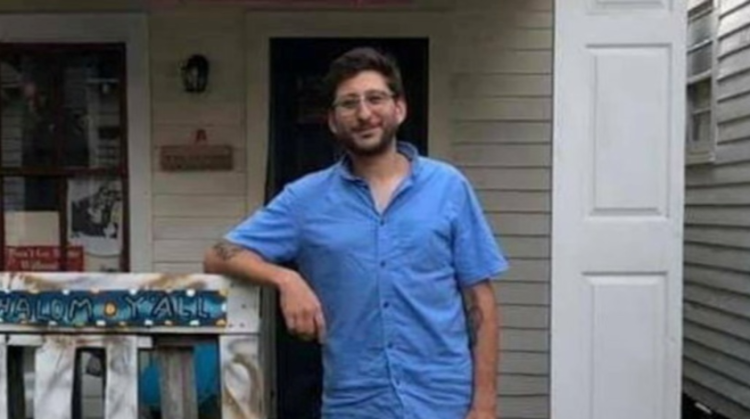 US journalist Danny Fenster is pictured in an unknown location in this undated handout picture made available to Reuters on November 12 2021. Picture: FRONTIER MYANMAR/HANDOUT via REUTERS

American journalist Danny Fenster was released from prison on Monday in Myanmar and has left the country, his employer said, after negotiations between former US diplomat Bill Richardson and the ruling military junta.

Fenster, 37, the managing editor of independent online magazine Frontier Myanmar, was arrested in May and sentenced on Friday to 11 years in prison for incitement and violations of laws on immigration and unlawful assembly, a ruling that drew international condemnation.

Fenster left Myanmar with Richardson on a flight headed to Qatar. The Richardson Center posted a picture on social media of the two of them together about to board the jet.

“We are so grateful that Danny will finally be able to reconnect with his loved ones, who have been advocating for him all this time, against immense odds,” Richardson, who visited Myanmar earlier this month, said in a statement.

Fenster was among dozens of media workers detained in Myanmar since a February 1 coup that led to an outpouring of public anger over the military’s abrupt end to a decade of tentative steps towards democracy.

A spokesperson for the ruling military council did not immediately respond to Reuters request for comment. BBC Burmese service said the spokesperson confirmed Fenster’s release but provided no further details. Naypyitaw

Richardson, a former New Mexico governor, US energy secretary and ambassador to the UN , made the surprise November 2 visit to Myanmar in a humanitarian capacity.

He is one of only a few foreigners to have met junta leader Min Aung Hlaing in Myanmar since he led the coup. The general is among several sanctioned by the US and several Western countries.

That meeting in the capital Naypyitaw, ostensibly about Covid-19 medical assistance, was reported on state TV, which has not mentioned Fenster’s case.

Frontier’s editor-in-chief, Thomas Kean, said in a statement: “We are relieved that Danny is finally out of prison — somewhere he never should have been in the first place.”

“But we also recognise Danny is one of many journalists in Myanmar who have been unjustly arrested simply for doing their job since the February coup.”

“We cannot wait to hold him in our arms. We are tremendously grateful to all the people who have helped secure his release.”

The US embassy in Yangon did not immediately respond to separate requests for comment.

Fenster was the first Western journalist sentenced to prison in recent years in Myanmar, where the coup against the elected government of Nobel Peace laureate Aung San Suu Kyi has left the country in chaos, with the generals struggling to consolidate power and facing growing international pressure.

Human rights groups condemned the junta over the court’s sentencing, which came days after additional charges of sedition and breaches of a terrorism law.

The US had been pressing for his release and at the weekend condemned the ruling as an “unacceptable attack on freedom of expression”.

The ruling junta has made no comment on the case since Friday nor responded to the international criticism, and state media has not reported on it.
Reuters

Danny Fenster, managing editor of online magazine Frontier Myanmar, is the first Western journalist to be jailed in recent years in Myanmar
World
6 months ago

Myanmar’s absence was not mentioned by Brunei, the Asean chair, or the bloc's secretary-general, at the opening of the virtual meeting
World
6 months ago

Authorities are doing their best to stabilise the spiralling currency, says minister
World
6 months ago
Next Article