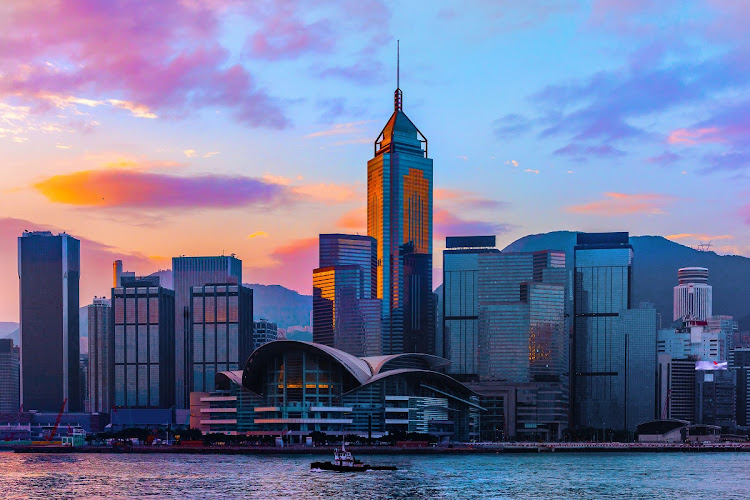 A mainland Chinese property family is quietly building a presence in Hong Kong by snapping up land plots and even a prominent local newspaper.

Shenzhen-based Kaisa Group Holdings’ Kwok Ying Shing has become one of the most active Chinese tycoons in Hong Kong with a flurry of new purchases. His moves underscore Chinese elites’ growing influence in the former British colony as its status as a global financial hub shows signs of waning.

Kaisa purchased four sites across the city for 7.1-billion yuan ($1.1bn) in 2020, according to an exchange filing. One of its most recent investments was a 50% stake worth 3.2-billion yuan in a residential land plot in the up-and-coming Kai Tak neighbourhood previously owned by beleaguered businessman Pan Sutong.

The family’s ambitions go beyond property. Kwok Hiu Ting, the patriarch’s daughter who is in her late 20s, agreed to buy a majority stake in one of Hong Kong’s most-circulated newspapers Sing Tao News Corporation earlier this year. The deal came as a surprise to many since both Kaisa and its young heiress were little known in Hong Kong.

To be sure, their presence remains small compared with the city’s home-grown property clans, who control industries from telecommunications to supermarket chains. But mainland companies are set to become more dominant as China’s recent assertive policies over Hong Kong give room for them to grow there.

The government in Beijing will welcome more Chinese firms expanding in Hong Kong to boost business sentiment and create job opportunities, according to Gary Ng, an economist at Natixis. “They will recruit more in Hong Kong to help the government stabilise the negative impacts of the current situation” both economically and politically, he said.

The flow of Chinese money is giving a boost to Hong Kong’s property market at a time when worries mount that capital may drain from the city. Global banks have been shedding office space in the prized business districts, while many residents are considering leaving for the UK under its new visa policy.

A gauge of demand for office space in the city had the steepest quarterly decline on record last quarter, with negative net absorption reaching 83,600m2, according to Cushman & Wakefield.

“The company sees attractive market potential in Hong Kong, one of the core cities of the Greater Bay Area and Kaisa Group is confident about Hong Kong’s prospect in the long term,” it said in a statement. The group will keep actively exploring investment and business opportunities in the area, Kaisa added.

Kwok Hiu Ting’s newspaper purchase is a personal investment, according to a spokesperson for the property firm.

Founded in 1999, the year after China formally legalised property ownership, Kaisa made its name by renovating abandoned properties, such as the 51-story Guangzhou Zhongcheng Plaza. In 2020, Kaisa ranked 25th by contracted sales in mainland China.

But the developer has a checkered past. In late 2014, it was probed over alleged links to Jiang Zunyu, the former security chief of Shenzhen who was later convicted of graft, Bloomberg reported at the time.

The Chinese government blocked approvals of its property sales and new projects in Shenzhen, a move that was said to be linked to the investigation. Chair Kwok resigned in December 2014 before returning four months later, pledging faster growth for the developer. Kaisa was not penalised and authorities lifted the sales restrictions, which had drained cash flows and made it the first Chinese real estate firm to default on its dollar-denominated bonds.

Kaisa defaulted on at least six offshore bonds between 2015 and 2016 totalling $2.5bn, according to data compiled by Bloomberg.

The company said it is financing the four projects in Hong Kong with internal resources and bank loans. But it is issuing shares to raise HK$2.6bn ($334m) for its purchase of a real estate project in Beijing, it said in late March.

The background of Kwok and the property firm he founded with his brothers is more complicated than Hong Kong’s local tycoons, who have a long history of financial stability. Kaisa’s net debt-to-equity ratio was at 97% in 2020, compared with CK Asset Holdings’ 6.9% and Sun Hung Kai Properties’ 13.6%. New World Development, with much higher gearing than its domestic peers, still has a ratio lower than Kaisa’s at 43%.

Kaisa is not alone among mainland developers that are venturing into Hong Kong. China Evergrande Group and China Vanke have had several residential projects each put on sale in the past few years. Evergrande even purchased a huge land plot from local builder Henderson Land Development about a year ago with a plan to create the city’s largest mansion.

The dominance of Chinese companies in Hong Kong has been growing steadily in the past decade. In 2008, firms from the mainland made up less than 5% of space in Central’s grade A office buildings. Now they lease as much as 30% in the city’s most prestigious business district, according to Savills.

And that is only going to keep rising, if Kaisa is any guide.

“There are going to be more Chinese firms building a presence in Hong Kong,” said Ng.

Many consulates that received the diktat see it as a diplomatic affront, saying it has no right to tell any state what foreign passports it can ...
World
4 weeks ago