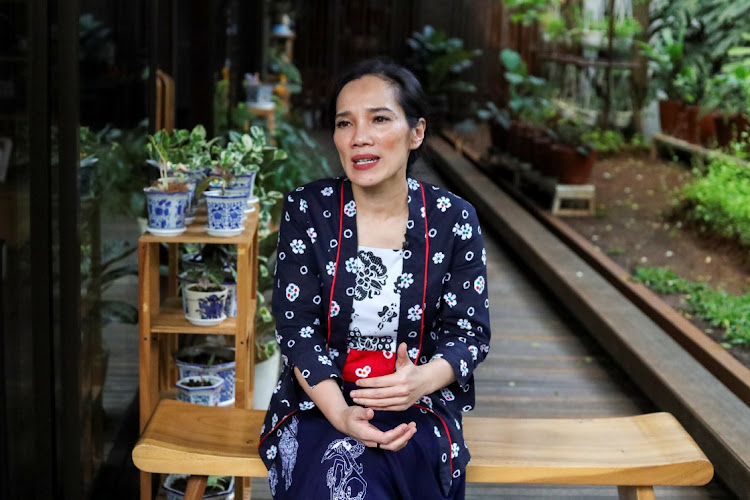 Ifa Hanifah Misbach, a psychologist and university lecturer, during an interview in Jakarta, Indonesia, on March 17 2021. Picture: REUTERS/YUDDY CAHYA BUDIMAN

Jakarta — Ifa Hanifah Misbach was 19 when her father died — and her family told her he would not go to heaven because she refused to wear the hijab, a Muslim head covering.

Misbach now works as a psychologist in Bandung, West Java, where she has counselled dozens of Indonesian girls who have been ostracised, bullied and threatened with expulsion from school because they too declined to wear the veil.

“The impact of religious pressures, especially to wear the jilbab, when you’re young, makes it feel like you have no breathing room,” Misbach said, using the word for hijab more commonly used in Indonesia, in a report by Human Rights Watch. “I wanted to run away.”

The 45-year-old’s experience is one of many shared by women and girls in the world’s largest Muslim-majority nation, including cases of girls being expelled from school.

Indonesia’s ideology enshrines religious diversity and the country has significant Christian, Hindu, Buddhist and other minorities, but religious conservatism and growing intolerance of beliefs other than Islam has been rising over the past two decades.

Women and girls across the country can face “intense and constant” pressure to wear the hijab, said Human Rights Watch Indonesia researcher Andreas Harsono, which the rights body described as an assault on basic rights to freedom of religion, expression and privacy.

“Wearing a jilbab should be a choice, it should not be a mandatory regulation,” Harsono said. “There is a growing belief all over Indonesia that if you are a Muslim woman and you don’t wear the hijab you are less pious; you are morally less.”

Human Rights Watch identified more than 60 discriminatory local and provincial bylaws issued since 2001 to enforce female dress codes. A 2014 national government regulation has been widely interpreted as requiring all female Muslim students in the country of about 270-million people to wear a jilbab at school.

“Indonesian state schools use a combination of psychological pressure, public humiliation, and sanctions to persuade girls to wear the hijab,” said the report.

One Muslim high school pupil, who asked to remain anonymous, recalled being told at age 12 by two of her classmates that she should wear the hijab as “one strand of hair that is shown is equal to one step closer towards hell”.

There has been some pushback. The case of a Christian schoolgirl in West Sumatra who was forced to wear the hijab sparked a national outcry in February, leading the education and religious affairs ministry to issue a decree banning public schools from making religious attire mandatory.

Indonesia’s main rights body, Komnas HAM, said the decree supported the right to religious choice, but it remains unclear how strictly it will be enforced.

Human Rights Watch found the problems extended well beyond school, reporting cases of female public servants and lecturers who resigned from their jobs due to pressure to wear the hijab, and others who were unable to access government services because they chose not to veil.

The education and religious affairs ministries did not immediately respond to a request for comment on the report.