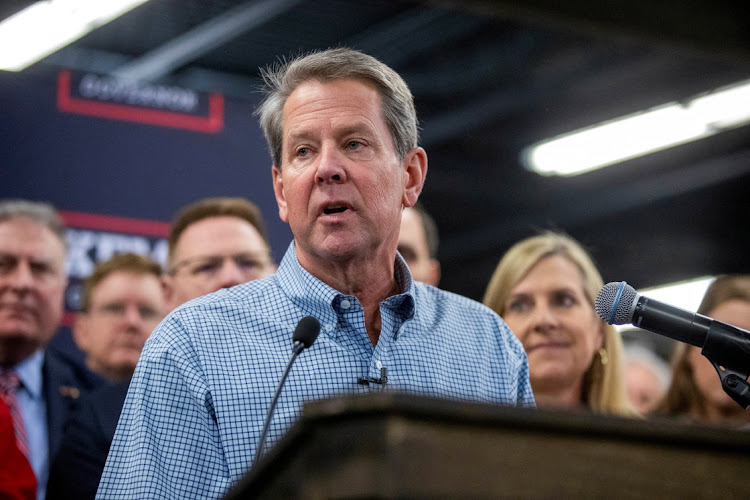 There may be no politician that Donald Trump wants to see ousted more than Georgia’s Republican governor, Brian Kemp, who defied the then-president’s demand to overturn the state’s 2020 US presidential election results that narrowly helped Joe Biden win the White House.

Trump has endorsed more than 150 candidates in the 2022 US congressional elections, seeking to deepen his imprint on the Republican Party and remove any adversaries from its ranks.

But Kemp appears poised to deal Trump his biggest rebuke of the midterm elections thus far in Tuesday’s Georgia primary to choose a Republican nominee for governor. The governor has built a huge lead in polling and fundraising over Trump’s handpicked Republican challenger, former US senator David Perdue.

Opinion polls show Kemp well above the 50% threshold required to win the nomination outright, avoiding a June runoff, with Perdue trailing far behind.

Kemp’s success to date, despite a constant fusillade of insults from Trump, provides a potential road map for other Republicans eager to move past the former president’s divisive obsession with the outcome of the 2020 election without alienating his still-substantial base of voters.

“I don’t know if there’s any politician in America who has been harangued by the former president like Brian Kemp,” Eric Tanenblatt, a longtime Republican strategist, said. “His victory will hopefully make Republicans step back and say: I don’t need to be so fearful.”

Since his split with Trump, Kemp has struck a careful balance when it comes to election integrity, which has become an animating issue for Republicans in the wake of Trump’s false claims that voter fraud cost him the election.

While he refused to entertain Trump’s conspiracy theories, Kemp still helped enact one of the country’s most sweeping set of voting restrictions four months after the 2020 election.

“Established Republican politicians don’t necessarily need to listen to [Trump] all the time,” said Audra Gillespie, a political-science professor at Emory University in Atlanta. “Donald Trump is not omniscient or omnipotent, even in a party where he holds a lot of sway.”

As he surges towards the finish line, Kemp has picked up the support of other Republicans who have been the targets of Trump’s ire and, perhaps, see an opportunity for payback.

Former vice-president Mike Pence, who broke with Trump over the former president’s effort to block the certification of Biden’s election, will appear alongside Kemp at an election-eve rally on Monday. Arizona governor Doug Ducey and former New Jersey governor Chris Christie also campaigned with Kemp in recent weeks.

Republican strategists say Kemp’s emphasis on the issues exciting Trump voters, without embracing the former president himself, could hold lessons for other Republicans fearful of Trump’s anger.

“Trumpism is not going to die, but Trump’s influence is going to wane,” said Douglas Heye, a Republican consultant.

The race shows that putting Trump’s grievances about the 2020 election at the core of a campaign, as Perdue has done, is not enough on its own to prevail, even in a Republican primary.

“Elections are about the future, not the past,” Tanenblatt said.

Kemp has also mostly declined to engage in a war of words with Trump, even as the former president has showered him with a barrage of attacks for months.

On the campaign trail, Kemp avoids mentioning Trump’s name, instead touting his own record and attacking the presumptive Democratic nominee, Stacey Abrams.

“He never went after Trump on all of this election stuff,” said Jay Williams, a Georgia-based Republican strategist. “He’s stayed focused on his race and not made it about Trump.”

Not every Republican enjoys the advantages that Kemp does as an incumbent governor with a legislative majority. He has also benefited from Perdue’s weakness as a candidate, analysts said.

Vance — who had called Trump unfit and ‘noxious’ in 2016 and now fully embraces him and his views — jumps from third place in the polls to victory ...
News
1 month ago