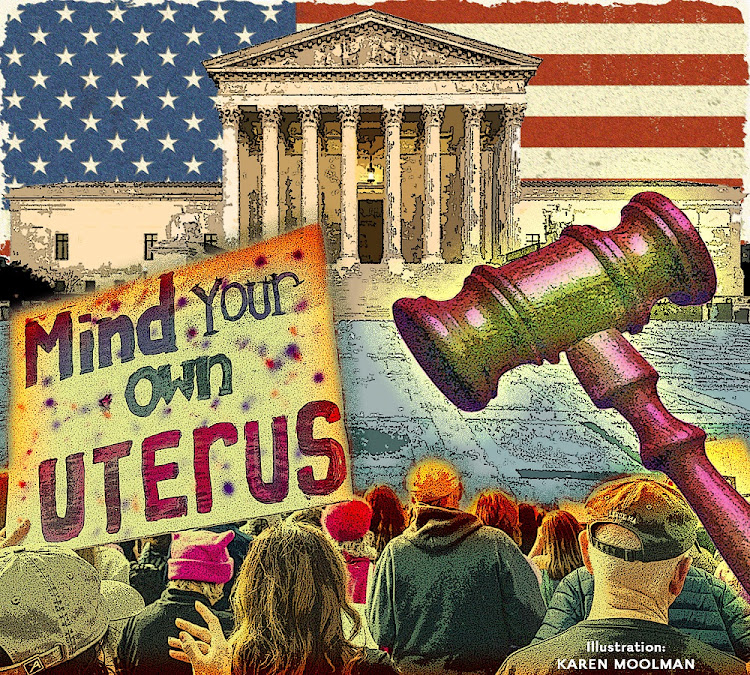 Discussing the results of a gruelling midyear contract law test during my third year of studies at Stellenbosch University, our much-admired lecturer, Prof Gerhard Lubbe, noted that some of us answered a question by writing “the Appeal Court said this, Prof Lubbe said the opposite, the Appeal Court is wrong”.

He confessed to being flattered that we valued his opinion higher than that of the then Appeal Court, now the Supreme Court of Appeal (SCA), but added that no matter his views, what the Appeal Court held was law.

This is because of a simple yet fundamental legal principle called “precedent”, which means earlier court decisions are binding in subsequent proceedings on similar facts. Precedent is what enables lawyers to give legal advice, because it provides certainty on what the law is.

The SCA and Constitutional Court’s decisions are the law. Lower courts have to follow them, and it is difficult — nigh on impossible — for these apex courts to reverse their own decisions. There must be compelling reasons before a court will tamper with precedent. When it does, it is more likely to expand a previous decision than to limit or revoke it. Without precedent, legal systems collapse.

That is what the US seems to be facing after the leaking of a draft judgment of the Supreme Court of the US (Scotus), which appears set to reverse the famous Roe v Wade decision after nearly 50 years. Contrary to what many people think, Roe did not expressly legalise abortion, it just clarified how the individual states could regulate abortion by ruling, among other things, that the right to privacy protects a pregnant woman’s right to choose whether to have an abortion (subject to certain limitations).

Roe v Wade has long been in the crosshairs of anti-abortion activists, who disingenuously classified it as a licence for an abortion free-for-all and an undue encroachment on individual states’ authority.

The problem with this draft opinion is the reasoning used by Samuel Alito, writing for a majority of the judges, as to why the court is not bound by precedent that had been accepted as settled law for half a century.  In a nutshell, he says the original decision was wholly wrong because the US constitution makes no reference to abortion, notwithstanding that the US constitution itself provides for the inclusion of rights that didn’t exist or were not envisaged at the time it was written in the late 18th century.

This reasoning has been roundly criticised by many legal commentators in the US, and already many conservative politicians there are looking at attacking other Scotus precedents they don’t agree with, such as same-sex marriage, providing education to undocumented migrant children, health care and other rights not expressly mentioned in the US constitution. Anything and everything is apparently now up for grabs if the principle of precedent is essentially thrown out of the window.

The US is, for better or worse, seen as the guiding light for much of the democratic world. It is seen as the land of the American dream, of opportunity, of plenty. A place where you can say what you like without fear of going to prison or being executed in a foreign consulate. Many countries’ courts, including those of SA, refer to Scotus decisions for guidance in difficult decisions. Scotus decisions traditionally have had strong moral authority worldwide.

For proponents of the death penalty in SA that could be good news. A trigger-happy litigant, inspired by the new disregard for precedent, might just try their luck in reversing Makwanyane on the basis that the constitution does not expressly prohibit the death penalty. Other rights based on the individual’s rights to dignity and privacy, such as ordering the department of home affairs to consider asylum applications or visa applications for foreign spouses, can be similarly attacked. Many fundamental rights could be at risk, here and worldwide.

The fact that former US president Donald Trump appointed three Scotus judges that support Alito’s opinion is important. He chose judges whose views on abortion clearly aligned with his own and that of his supporters. These judges appear to care little for precedent, notwithstanding that two of them declared under oath during their confirmation hearings that they considered Roe v Wade to be settled law.

SA has just witnessed its own fractious Judicial Service Commission hearings casting a shadow over the legitimacy of our own judicial nominations. This highlights a glaring problem in many judicial nominations worldwide where judges are appointed by politicians, who invariably recommend and nominate candidates whose views align with their own rather than judges who are fervent jurists that follow precedent and not their whims.

This seriously undermines faith in the courts, which end up becoming political prizes. It may be time worldwide to reassess the desirability of politicians nominating and appointing judges.

The potential overturning of Roe v Wade threatens legal certainty worldwide because many rights that have been hard fought for by activists over many decades may have to be defended yet again before politically appointed judges who, emboldened by Scotus’s misplaced and inexcusable disregard for precedent, may not view these rights as worth protecting any more. If this draft is confirmed as law it will deal a serious blow to the credibility of all Scotus decisions and threaten human rights worldwide.

• Myburgh is an attorney practicing in Johannesburg and São Paulo.

In the US, the end of national abortion rights could be closer than we think. In SA, laws to permit terminations don’t have to be in trouble — people ...
News & Fox
2 weeks ago

Should Roe v. Wade be overturned, demand for safe, effective abortion pills will surge — but the US anti-abortion movement uses national and state ...
Businessweek
3 weeks ago