Shell and Eni cleared of corruption in Nigerian oil deal

The Milan court verdict, which ends a three-year legal saga, is a blow for Nigeria’s government 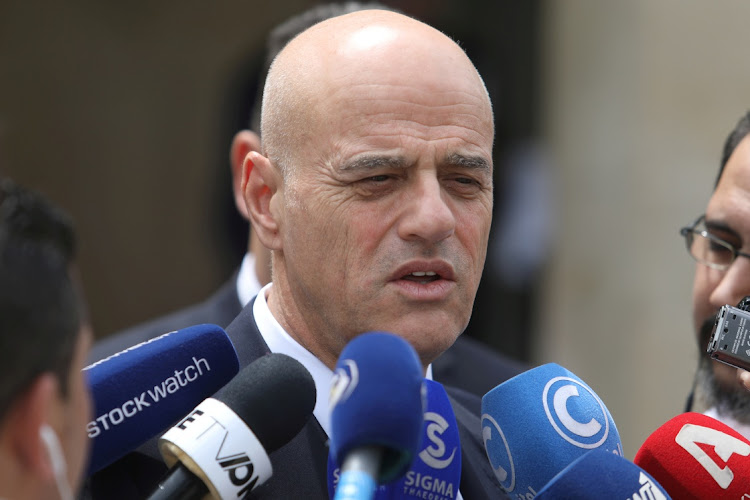 Milan — Eni, Royal Dutch Shell and several of their current and former executives were acquitted of corruption charges related to a Nigerian oil deal by a court in Milan.

The verdict ends a three-year legal saga that loomed large over the tenure of Eni CEO Claudio Descalzi, who was among those found not guilty on Wednesday. Italian prosecutors had sought an eight-year jail term for him.

Several former executives of the companies were also cleared of wrongdoing, including Malcolm Brinded, who ran Shell’s exploration and production division at the time, and Paolo Scaroni, who was Eni CEO before Descalzi.

The ruling is a blow for Nigeria’s government, which joined the case as a civil party in 2018 and was seeking compensation.

Prosecutors had charged that executives involved in the 2011 deal to secure Offshore Oil Prospecting Licence 245 knew that much of the $1.1bn they deposited into an escrow account controlled by the Nigerian government would be disbursed as bribes. Yet several of their key witnesses failed to back up those allegations when called to testify.

The companies and executives accused have consistently denied any wrongdoing. In 2018, two middlemen were found guilty of corruption in a separate trial.

“After three years of trial, thousands of documents analysed, finally we have a sentence that gives back to Descalzi his professional role,” said Paola Severino, the Eni CEO’s lawyer.

At a parliamentary hearing in 2020, Descalzi said Eni hasn’t suffered reputational damage from the case or any setbacks to its operational plans. He was reappointed to his position by the Italian government in April, his third mandate, which runs to mid-2023. The Treasury and Italy’s state-back lender are Eni’s biggest shareholders.

The government of Nigerian President Muhammadu Buhari, which came to power six years ago, has failed in its bid to secure $1.1bn in court-ordered compensation from Eni and Shell. The oil resources of the licence at the heart of the case, OPL 245, remain undeveloped.

Eni initiated international arbitration proceedings against Nigeria in September, alleging the government has breached its obligations by refusing to let the firm develop the licence, which will expire in May.

A representative of the Federal Republic of Nigeria said the country will wait to review the Italian court’s written judgment before considering its position. In Italy, sentences aren’t definitive until appeals are exhausted. It could take years before there’s a final decision.

The verdict is also a setback for Global Witness, the non-governmental that seeks to expose corruption and human-rights abuses around the world. The group uncovered documents that informed to the Italian prosecutor’s decision to take up the case.

“This ruling is obviously very disappointing,” Barnaby Pace, a campaigner for Global Witness who followed the trial closely, said on Twitter. “We urge the Milan prosecutor to consider all options to appeal.”

The verdict doesn’t end the legal woes for Shell related to its Nigerian operations. In January a court in the Netherlands ruled that the Anglo-Dutch major was liable for damages from pipeline leaks in the West African country. A few weeks later, the UK’s supreme court ruled that thousands of Nigerians can sue Shell in London over pollution.

Shell CEO Ben Van Beurden told analysts in February that the company would take a “hard look” at its position in Nigerian onshore oilfields amid the multiple legal and environmental disputes. Despite efforts to tackle pipeline sabotage — one of the major causes of oil spills — the business “is under challenge” and it remains “a headache”, he said.

In response to Wednesday’s verdict, Van Beurden said that Shell has “always maintained that the 2011 settlement was legal, designed to resolve a decade-long legal dispute and unlock development of the OPL 245 block. At the same time, this has been a difficult learning experience for us.”

If Africa's richest man succeeds, he could end the irony of the continent's biggest oil producer importing $7bn of fuel a year
World
1 year ago
Next Article