After leading a coup in 1991, he held democratic elections in 1992 and handed power to a civilian president, earning him the nickname ‘soldier of democracy’ 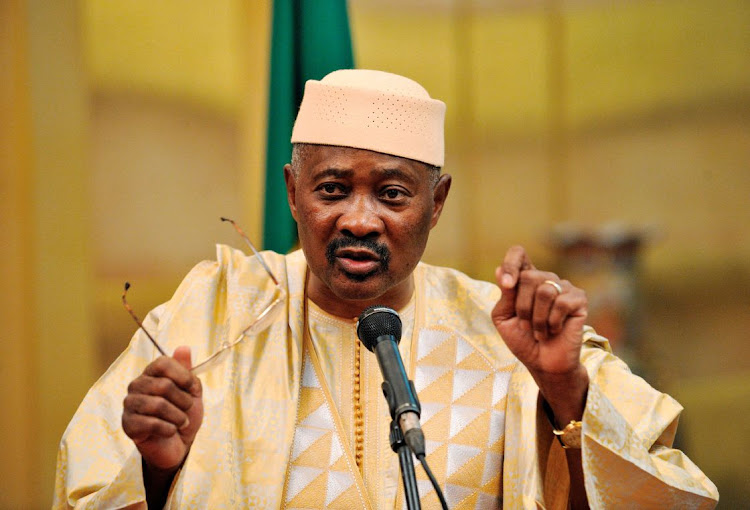 Amadou Toumani Toure at a news conference at the presidential palace in Bamako in this photo taken on February 25 2010. Picture: REUTERS/ERIC FEFERBERG

Bamako — Former Malian president Amadou Toumani Toure, who won acclaim for pursuing democratic reforms before being toppled by a military coup in 2012, has died at the age of 72, an aide said on Tuesday.

Toure’s life, in many ways, symbolised the stop-start nature of democracy in Mali, where his successor, Ibrahim Boubacar Keita, was overthrown in another coup this August.

Widely known by his initials ATT, Toure led an army coup in 1991 against military ruler Moussa Traore after violent antigovernment protests. He organised democratic elections the following year and handed over power to a civilian president, earning him the nickname of “soldier of democracy”.

Jeune Afrique reported the former president was flown to Turkey after undergoing a heart operation in Bamako.

Senegal President Macky Sall tweeted: “I am heartbroken to learn of the death of His Excellency Amadou Toumani Toure, former president of Mali. I salute the memory of this renowned figure and present my deepest condolences to his family and the Malian people. May he rest in peace.”

Toure returned to the presidency in 2002, winning election with 65% of the vote, and was re-elected to a final five-year term in 2007.

During his presidency, Mali won international praise as a regional model of democracy for its regular elections, relatively free press and institutional reforms. Toure was planning to step down when his second term expired in 2012.

But his authority was weakened by high-level corruption, armed opposition in the desert north and a perception among some Malians that elections were not as free and fair as international observers suggested.

That ultimately led to the March 2012 coup by mid-ranking officers, followed by the fall of northern Mali to jihadist militants later that year.

Despite French force’ intervention in 2013 to help the government retake the north, militants linked to Al-Qaeda and Islamic State have since expanded their foothold in Mali and other countries in the region.

Fuelled by greed, the country’s leadership has failed to establish a viable democracy or overcome poverty
Opinion
9 months ago

Ever since Mbeki’s policy of pandering to Mugabe, the ANC has grovelled at the feet of Zanu-PF. Cyril must change that
Opinion
10 months ago
Next Article

Urban leaders have the unique chance to build more climate resilient and ...

Urban leaders have the unique chance to build more climate resilient and ...