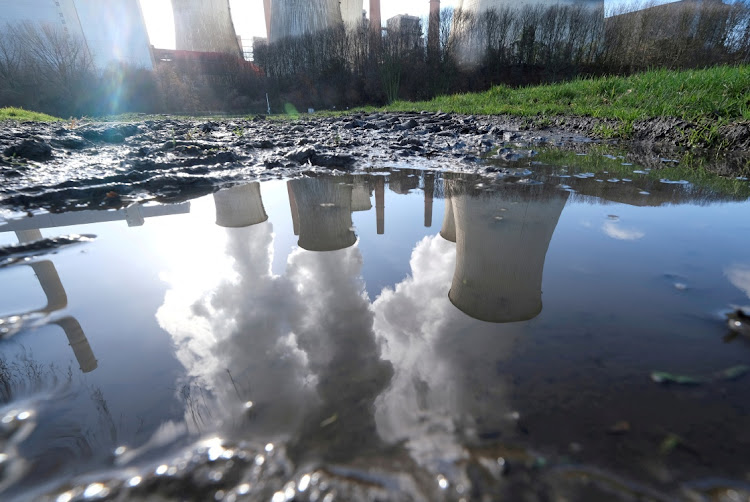 London — Since late January, the African island nation of Madagascar has been hit by four tropical storms, driving fresh losses in a country with 1.6-million people already in need of food and other aid after repeated droughts and the Covid-19 pandemic.

Bangladesh, a world leader in adapting to climate change impacts, could lose more than a tenth of its land to sea level rise in two decades, potentially forcing 15-million of its 165-million people to find new homes in an already crowded nation.

And Somalia now finds itself in a third consecutive drought season, with the number of people requiring emergency assistance soaring from 5.9-million last year to 7.7-million this year, even as appeals for funding go largely unanswered.

There, he met a pregnant woman with three children who had walked 10 days from her home to the camp — and wasn’t sure if her husband, who had tried to take their remaining goats to water and then disappeared — was still alive.

Without help for families like hers, the situation “will be a catastrophe”, Mawere said during an online discussion, warning of a repeat of 2011 when a quarter of a million people died.

As efforts to adapt to accelerating climate change impacts remain underfunded, poorly planned and piecemeal — and as some shifts increasingly cannot be adjusted to at all — the “loss and damage” associated with global warming is growing.

A flagship report by 270 leading climate scientists on Monday warned such losses are already happening and are set to grow much worse if measures to curb emissions from fossil fuel use worldwide are not dramatically stepped up.

Such losses “are not comprehensively addressed by current financial, governance and institutional arrangements, particularly in vulnerable developing countries”, added the report on climate change impacts, adaptation and vulnerability.

Finding ways to address climate change “loss and damage” — from destroyed homes and infrastructure, to forced migration and loss of cultural landmarks — is proving a major challenge.

Aid organisations, normally called on to help in crises, are overwhelmed by demand and lack the means to respond to soaring climate impacts on their own, said Maarten van Aalst, director of the Red Cross Red Crescent Climate Centre and co-ordinating lead author of the IPCC report.

“Many humanitarian agencies are now really asking themselves the question: What needs to be done? ... How do we deal with that given the immense pressure already on our budgets?”

At the COP26 UN climate talks in November, they blocked a bid by vulnerable nations to create a dedicated fund for that purpose — though the increasingly clear need to deal with surging losses won new recognition.

Nicola Sturgeon, the leader of COP26 host Scotland, did make a symbolic £2m ($2.7m) donation towards a “loss and damage” fund, urging other nations to follow suit.

The IPCC itself faced some opposition to including references to “losses and damages” in the report’s summary for policymakers, approved by 195 governments, with the United States reportedly pushing unsuccessfully to have them excluded.

But Saleemul Huq, director of the International Centre for Climate Change and Development in Bangladesh, said surging losses were growing hard to ignore, even in richer countries.

“Until now, it has really been hitting poor people in poor places, which doesn’t register globally,” he told the Thomson Reuters Foundation.

“But now in the United States people are dying because of the impacts of climate change,” he said, pointing to western wildfires, New York floods and a record heatwave in the Pacific Northwest in the past year. “The reality can’t be denied.”

Securing a higher profile for “loss and damage” within the IPCC works has been tough, he said, because the reports are based on existing studies, and scientific work on loss and damage is only now taking off.

But Huq, an adviser to the Climate Vulnerable Forum of countries and former IPCC author, said nations at the highest risk from climate change would ask for a special report on loss and damage in the next IPCC round of scientific assessments.

‘Staring us in the face’

Meanwhile climate-driven losses — from devastating floods in Germany to a string of tropical storms hitting southeast Africa — are becoming harder to ignore or dismiss.

“We are moving from one disaster to the next,” said Chikondi Chabvuta, who works for CARE Malawi. The increase in the number and intensity of cyclones “is making life as we know it very unpredictable”, she noted.

In Malawi, schools in hard-hit regions have suspended classes as they instead accommodate displaced families, she said, and the government is struggling to find funds to meet rising demands for help.

As climate-changing emissions continue to grow globally, “is it worth it for the lives we are losing daily?", she asked.

Madagascar, hit by the same storms — Emnati, Dumako, Batsirai and Ana — just since January, has seen the rice crop it was about to harvest wrecked, as well as key cash crops such as cloves, coffee and pepper, the World Food Programme reported.

“In a country where the majority of people make a living from agriculture, an estimated 90% of crops could be destroyed in some areas,” hiking hunger in the impoverished nation where many barely get by even in normal times, the UN agency said.

In its new report, the IPCC noted that 3.3-billion to 3.6-billion people — or more than one in four globally — already live in places that are “highly vulnerable to climate change”.

Multiple climate hazards will increasingly happen at the same time, with other risks like conflict or epidemics interacting with them and compounding overall threats, the scientists warned.

Huq said that stark assessment should spur swifter action urgently, to prevent more people going hungry and losing their homes — or their lives.

“The impacts are now staring us in the face and nobody can ignore them,” he said. “Everybody will have to deal with them whether they want to or not.”

Minerals & Energy Minister Gwede Mantashe said on Friday that SA had to ensure the security of its energy supply through gas, nuclear and coal ...
Business
5 months ago

By extending phase 1 of the carbon tax, the government risks jeopardising SA’s efforts to meet its climate goals
National
5 months ago

Biodiversity is good for business, and SA needs good business
Opinion
5 months ago
Next Article