Over the past decade, Brazil, SA and Turkey, along with more than half a dozen other nations, have become ‘fallen angels’ 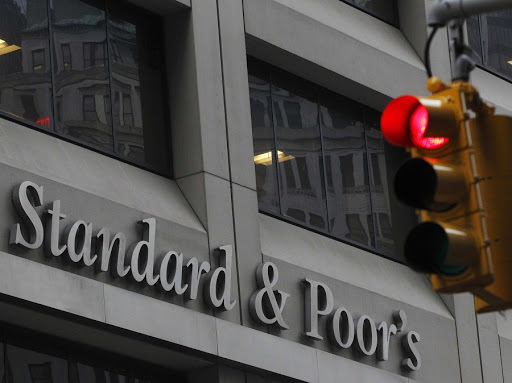 London — Colombia’s loss of its S&P Global investment grade status last week has not only raised the usual question of who is next, but also whether the number of countries seemingly being spared points amounts to a moving of the ratings goalposts.

Being stripped of one’s investment grade credit rating — which can push up borrowing costs — is chastening for any government, but Colombia is by no means alone.

Over the past decade, Brazil, SA and Turkey, along with more than half a dozen other nations, have become “fallen angels”, as a demotion to junk is known in ratings agency parlance, and Covid-19 pressures mean plenty more are in danger.

Fitch and Moody’s both have India and Romania on warnings. Fitch also has Colombia, Panama and Uruguay on its watchlist, and although tiny Curaçao is the only one left on S&P’s, 10 more countries are on the precarious BBB- last investment step, albeit with “stable” outlooks.

On the face of it, it doesn’t look good for many of them. India stands out with an eye-watering 90% debt-to-GDP burden, but all except Romania now have debt ratios well above the 55% average for a country rated BBB-.

Median interest payments are also expected to be considerably higher in emerging markets this year. Fitch reckons this to be equivalent to 2.5% of GDP compared to 1.2% in major economies and if Covid-19 continues, recoveries will be delayed.

However, despite all the gloomy numbers, financial market investors that use credit default swaps (CDS) to insure against debt problems, don’t seem to think any of these countries are about to suffer the chop.

Fitch forecasts that global government debt will reach $95-trillion by 2022, a record 40% increase in nominal terms

A year ago, CDS were pointing to India, Colombia, as well as Indonesia and Mexico with its giant $130bn bond market, all being demoted to “junk”. All are now trading at levels suggesting they will retain their investment grades.

“There is no magic debt-to-GDP number that automatically triggers a downgrade. It just doesn’t work like that,” said Moody’s chief credit officer for Europe, the Middle East and Africa, Colin Ellis.

Being cut to junk can automatically exclude government or corporate bonds from certain high-profile investment indices and set off a wave of problems by driving up borrowing costs.

In contrast to last year’s blizzard of cuts when the main firms cut between 25% and 30% of the countries they rate, Moody’s has upgraded roughly three times as many as it has downgraded this year. Similarly, S&P has made 50% more upgrades when corporates are included.

“When it is a something like a short, sharp shock, sometimes it is appropriate to look through the noise,” Ellis said, highlighting how Covid-19 has caused most countries up to six months of acute economic pain compared to the nearly 18 months the 2007/2008 financial crisis lasted.

The task of deciphering impact from noise can run the risk of inconsistencies.

Colombia, which said last week it would work to maintain market confidence in its finances, should have been feeling hard done by, analysts at Barclays say.

S&P only reaffirmed Colombia’s investment grade a month ago, and even with its tax plan problems, the government’s 65% debt-to-GDP ratio will be well below India’s 90% or the 85% of Croatia, which had its BBB- rating reaffirmed on Friday.

The 15 percentage point jump in its debt ratio since Covid-19 has also been smaller than the near 20 percentage point rise Romania has seen, yet S&P has just taken Romania off its downgrade warning.

Italy, which has a debt level on course to top 150% of GDP this year, has had its rating lifted by S&P.

“There is a broad issue that rating agencies seem to be giving a lot of countries the benefit of the doubt,” said one of fund manager M&G’s “bond vigilantes”, Eldar Vakhitov, who sees Romania as a prime example.

S&P had put Bucharest on its downgrade warning back in 2019, citing concerns its budget deficit was increasing from 3% to 4.5% of GDP. Yet it didn’t follow through, even when it jumped to 9% of GDP in 2020 and is projected to be 7% this year.

One of S&P’s top sovereign analysts, Frank Gill, noted that Romania’s new government has backed off from major pension increases. More generally, with so much uncertainty over how Covid-19 will leave economies, it makes sense to give some benefit of the doubt where possible.

Fitch’s MD for global sovereigns and supranationals, Tony Stringer, also pointed out recently that almost all countries’ debts having risen means that individual countries haven’t stood out in how bad they look.

Fitch forecasts that global government debt will reach $95-trillion by 2022, a record 40% increase in nominal terms compared with the pre-pandemic level of 2019.

“When you have a crisis that affects all countries, some of those indicators on the relative scale are all going to move together — so it creates a bit of a cushioning effect for ratings,” Stringer said in April.

For other observers, though, that acceptance of high debt sits awkwardly. Ratings are specifically designed to judge countries’ ability to repay their debt and history shows the higher the debt, the greater the risk of running into difficulties.

“It’s like saying, sorry, officer, you cannot give me a ticket, everyone else was speeding too,” said S&P’s former head of sovereign ratings Moritz Kraemer.