Before Greensill’s implosion, several banks had pulled the plug on Gupta’s Liberty House Group due to discrepancies in metals trade paperwork 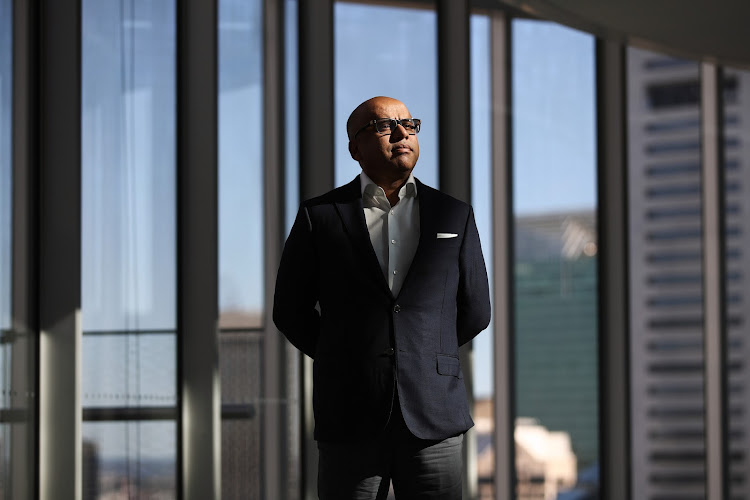 Four banks stopped working with Gupta’s commodity trading business, starting in 2016, after they became concerned about what they perceived to be problems in bills of lading — shipping receipts that give the holder the right to take possession of a cargo — or other paperwork provided by Liberty, according to interviews with 18 people directly involved in the trades, as well as internal communications seen by Bloomberg News. The banks include Sberbank, Macquarie Group, Commonwealth Bank of Australia and ICBC Standard Bank. Goldman Sachs Group also stopped working with Gupta’s companies around that time.

In 2018, Sberbank sent a team to scour the brightly coloured containers stacked in the port of Rotterdam, looking for the ones full of nickel that the bank had financed on behalf of Liberty. Yet each time investigators located one of the containers, they found it had already been emptied, according to two people involved in the matter. After checking about 10 of them, they gave up, the people said. Sberbank confronted Gupta at a meeting weeks later. He promised that his company would pay back the roughly $100m it owed, the people said.

“At some point certain discrepancies were spotted within documentation and logistical data, which made Sberbank discontinue all operations with the company,” the bank said in a statement. “The issue was settled in pretrial format. Thanks to the existing control systems, we incurred no financial losses through these operations and managed to unwind all transactions in the spring of 2019.”

GFG Alliance, which is made up of the companies controlled by Gupta and his family, including Liberty, said in an e-mailed statement sent by a spokesperson that it refutes any suggestion of wrongdoing.

“An internal investigation was conducted in 2019 by Liberty Commodities Limited’s (LCL’s) external legal advisers following inquiries regarding alleged rumours of double pledging,” GFG Alliance said. “The investigation found no evidence to substantiate the rumours, nor was LCL ever subject to further complaints or proceedings.”

Double pledging is the practice of improperly raising funds more than once using the same collateral.

As several banks dropped Gupta’s commodity trading unit, GFG Alliance came to rely more on Greensill Capital for loans — ultimately racking up debts of nearly $5bn to Lex Greensill’s trade finance company by March 2021, according to a presentation seen by Bloomberg News. Gupta’s commodity trading business alone has $1.04bn of debt, of which $846m is owed to Greensill, according to the presentation.

“LCL has ongoing banking relationships with separate financial institutions,” GFG Alliance said. “Its reliance on Greensill was a natural consequence of the competitive nature of the trade finance market, which has been hugely challenging for all but the very largest commodities traders in recent years.”

Now, with Greensill in insolvency and its German subsidiary under a criminal complaint after the regulator said it found irregularities in how the banking unit booked assets tied to GFG Alliance, Gupta is trying to find new financing. But it has been tough. After Gupta searched for would-be financial backers for weeks, Credit Suisse Group — which became a major lender to Gupta’s companies by buying debt packaged by Greensill — moved last month to push Liberty Commodities into insolvency. Gupta said in interviews on BBC Radio 4 and Sky News on April 1 that the action made no sense and that he would litigate it if needed.

Traders in the world of commodities have long relied on banks to help finance the flow of goods on their journey from origin to destination. From the banks’ point of view, this type of financing is generally considered low risk. Should the trader run into financial difficulties, the bank can seize its collateral — the cargo — and easily recoup its money. That holds true so long as the shipping paperwork used, such as a bill of lading, is accurate.

ICBC Standard Bank stopped financing Liberty’s commodity trading unit by early 2016, after discovering it had presented the bank with what seemed to be duplicate bills of lading, according to two people with direct knowledge of the matter. Commonwealth Bank of Australia halted lending to Gupta’s trading business the same year after the bank financed a cargo of metal for Liberty, only to be presented with what appeared to be the same bill of lading a short time later by another trader seeking a loan, according to three people directly involved.

Then, in late 2016, Goldman Sachs, which had extended a credit line of about $20m to Liberty to finance its nickel trade, stopped dealing with Gupta’s trading company after being warned of alleged paperwork problems by a contact in the warehousing industry, according to three people familiar with the matter.

Spokespersons for Goldman Sachs, Commonwealth Bank of Australia and ICBC Standard Bank all declined to comment.

“No financial institution has been left out of pocket as a result of lending money to LCL,” GFG Alliance said, referring to Liberty Commodities. “On the contrary, they have received substantial commercial returns.”

By 2016, Liberty had already become one of the world’s largest traders of nickel, according to an interview with Gupta in Metal Bulletin. Still, Liberty’s containers of nickel would sometimes take an unusually long time to travel between Europe and Asia — instead of the normal sailing time of about one month, the voyage would take several months, stopping off at ports along the way for weeks at a time, six people said.

Metals trader Red Kite Capital Management, which also cut ties with Liberty, did so because it had become “uncomfortable” with some of the trades, said Michael Farmer, the company’s founder who is also a member of the UK’s House of Lords. “It was difficult to work out the commercial sense of some of the shipments, which resulted in our decision to err on the side of caution and discontinue such trades,” said Farmer, who is one of the world’s best-known metal traders. “We had no proof of any misdoings.”

Gupta was born in Punjab, India, the son of a bicycle manufacturer. He moved to the UK as a teenager to attend boarding school and set up Liberty House, his commodities trading business, in 1992 while he was still an undergraduate student at Trinity College, Cambridge. He first hit the headlines in Britain in 2013 when he bought a troubled steel mill in Newport, South Wales, and restarted production at a time when many other steel plants were being closed down. He went on to buy a string of other struggling steelworks, earning him the nickname “the saviour of steel.”

Gupta’s GFG Alliance is not a consolidated group, but a loose conglomerate of more than 200 different entities. The common thread running through both sides of his business, according to six former employees, was a chronic shortage of cash and intense pressure to find new ways to generate financing.

On the industrial side of the business, that meant buying one asset after another in rapid succession, including unloved aluminium and steel plants in Yorkshire, England, northern France and South Australia, then borrowing against the business’s own inventory, equipment and customer invoices, often from Greensill.

On the trading side of the business, that often meant nickel. Used as an alloying element in the production of stainless steel, nickel is among metals deliverable on the London Metal Exchange, which means that its price can easily be hedged and that banks are usually willing to lend against it; and nickel is expensive, meaning a relatively small amount of space in a ship can hold a valuable cache of metal.

The commodity trading business grew rapidly. Revenue rose to $8.41bn in the 15 months to March 2019, from $1.67bn in 2012, according to the accounts of Liberty Commodities Group, a Singapore holding company for the trading operations.

Macquarie became concerned about the paperwork underpinning some of Liberty’s trades about four years ago, according to four people with direct knowledge of the events as well as written communications seen by Bloomberg News.

In one instance, the bank realised that nickel that it was supposed to have received in Antwerp, according to the shipping documentation, was not at the port, according to two people. Liberty eventually delivered the nickel to Macquarie, but at a different port and about two weeks later than was listed in the paperwork.

It was not the only time Macquarie’s team had discovered discrepancies in Liberty’s paperwork, the people said.

At a meeting in Macquarie’s London offices, executives from the bank grilled Gupta and his top lieutenants about the inner workings of the commodity trading business, three of the people said. Macquarie remained unsatisfied with the explanations, and by mid-2017, the bank had made the decision to stop all financing for Liberty, the people said.

A spokesperson for Macquarie declined to comment on the matter.

After that banking relationship ended in acrimony, Gupta’s companies turned to Sberbank. When that link, too, soured, they became even more reliant on Greensill.