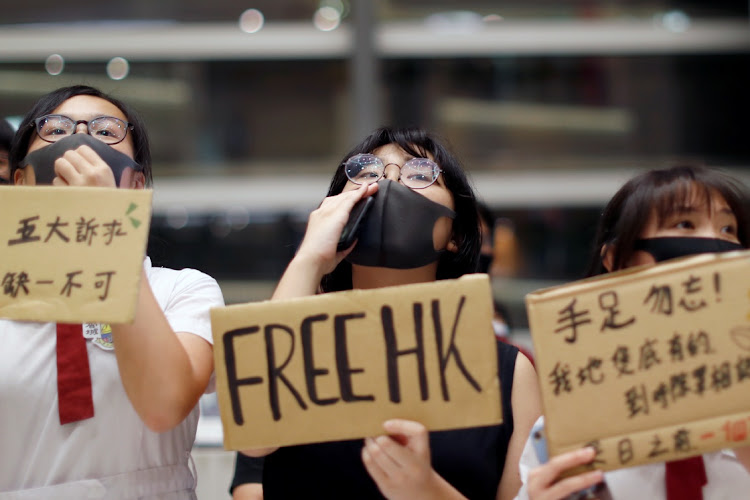 Beijing — The British Broadcasting Corporation (BBC) said on Wednesday one of its journalists in China had relocated to Taiwan, a move that comes amid criticism from Beijing of its reports on alleged human rights abuses against Uighur Muslims in the Xinjiang region.

The journalist, John Sudworth, told BBC radio he moved with his family because it had become increasingly difficult to remain in the country. He had been under surveillance, faced threats of legal action, obstruction and intimidation, he said.

“We left in a hurry, followed by plainclothes police all the way to the airport through the check-in. The true grim reality for reporters here being made clear all the way to the very end,” he told the BBC show aired on Wednesday.

China’s foreign ministry said on Wednesday that Sudworth had not given any notice of his departure, and it strongly condemned the BBC’s reporting on Xinjiang, Covid-19 and Hong Kong.

“We never threatened him,” foreign ministry spokesperson Hua Chunying told a regular daily news briefing. “We don’t know why he left because he didn’t say goodbye.”

Announcing Sudworth’s move, the BBC said in a statement that he remains its China correspondent. “John’s work has exposed truth the Chinese authorities did not want the world to know,” it said.

In February, China barred the BBC World News from being aired in response to what the Chinese embassy in London called “relentless fabrication of ‘lies of the century’ in reporting China”.

One flashpoint was a BBC report in February that women in Xinjiang’s internment camps for Uighurs were subject to rape, sexual abuse and torture. China has repeatedly said the BBC’s report was false and has forcefully denied other claims of human rights abuses in Xinjiang raised by Western governments and rights groups.

Sudworth was not one of the BBC journalists credited in the Xinjiang report, though he has been criticised by name by the Chinese foreign ministry as well as Chinese state and Communist Party-backed media for his reporting.

Chinese state media recently reported that unnamed people and entities in Xinjiang were preparing to sue the BBC over reports related to the region. The state media reports did not include details of a suit and no corresponding notices were made public on local court sites.

“I think those people are trying to protect their own rights and interests through legal means, but such acts have nothing to do with the Chinese government,” spokesperson Hua said.

The Foreign Correspondents’ Club of China (FCCC) said that Sudworth had left at short notice on March 23 with his wife Yvonne Murray, a journalist for Irish broadcaster RTE. It said Sudworth had spent the past two years on visas of one-, three- and six-month durations — shorter than the usual one-year for foreign correspondents.

“Abuse of Sudworth and his colleagues at the BBC form part of a larger pattern of harassment and intimidation that obstructs the work of foreign correspondents in China and exposes their Chinese news assistants to growing pressure,” an FCCC statement said.

“We urge China to live up to its stated commitment to facilitate unhindered reporting in China. In particular, the FCCC calls for an end to dangerous, personal attacks on individual reporters and foreign media outlets.”

China expelled more than a dozen foreign journalists working for US media organisations in 2020. That year saw a “rapid decline in media freedom”, the FCCC said in a report earlier in March.

Several foreign correspondents have relocated to Taiwan from China. A foreign ministry spokesperson in Taiwan said she could not comment on individual cases but said: “We welcome all reporters from media outlets to come to Taiwan and enjoy freedom of the press and speech.”

Beijing continues to clamps down on freedoms in Hong Kong, including who it can elect
World
9 months ago

Communist Party is betting that inflicting financial costs on firms will be popular at home, analysts say
World
9 months ago