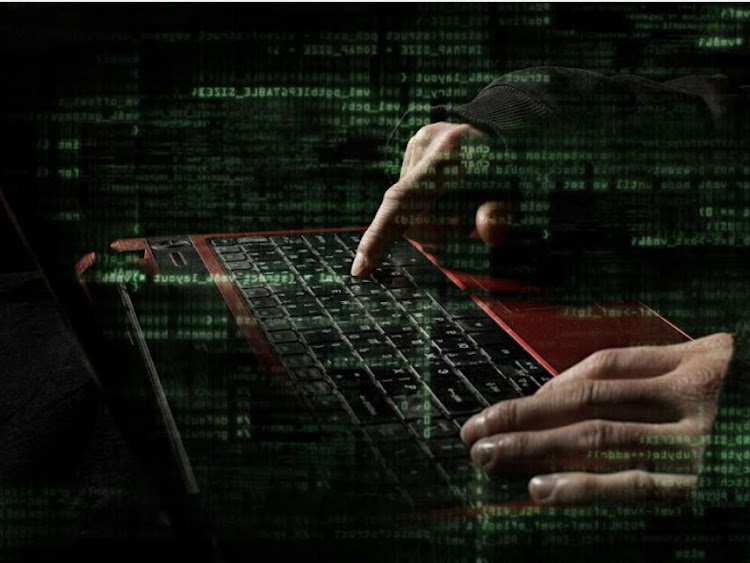 Washington/San Francisco — US government agencies were hit by a “global intrusion campaign” of cyberattacks that exploited a flaw in the update of a software company, cybersecurity firm FireEye said, which the Washington Post reported was a breach by Russian government hackers.

The attack was made on systems within the US treasury and commerce departments and those of other government agencies in a breach that started months ago, the newspaper reported. They included snooping on e-mails at the treasury department and an arm of the commerce department, Reuters reported.

“We have identified a global campaign that introduces a compromise into the networks of public and private organisations through the software supply chain,” FireEye said in a blog post late on Sunday, without naming a specific group for the breach. “This compromise is delivered through updates to a widely used IT infrastructure management software — the Orion network monitoring product from SolarWinds.”

The series of attacks could rank it among the worst in recent memory, as Austin, Texas-based SolarWinds sells technology products to a Who’s Who list of sensitive targets. These include the state department, the Centers for Disease Control and Prevention, the Naval Information Warfare Systems Command, the FBI, all five branches of the US military, and 425 corporations out of the Fortune 500, according to the company’s website and government data.

“The US government is aware of these reports and we are taking all necessary steps to identify and remedy any possible issues related to this situation,” John Ullyot, a spokesperson for the National Security Council, said.

All federal civilian agencies were ordered by the US Cybersecurity and Infrastructure Security Agency to review their networks and disconnect or power down SolarWinds Orion products immediately. The emergency directive late Sunday also asked for an assessment from these agencies by noon eastern time on Monday.

“The compromise of SolarWinds’ Orion Network Management Products poses unacceptable risks to the security of federal networks,” acting director Brandon Wales said. “Tonight’s directive is intended to mitigate potential compromises within federal civilian networks, and we urge all our partners — in the public and private sectors — to assess their exposure to this compromise and to secure their networks against any exploitation.”

According to FireEye, the hackers hit organisations globally — in North America, Europe, Asia and in the Middle East — and in multiple sectors including government, technology, consulting telecommunications, as well as oil and gas. The company believes that this list will grow.

“The campaign demonstrates top-tier operational tradecraft and resourcing consistent with state-sponsored threat actors,” FireEye said in the blog. “Based on our analysis, we have now identified multiple organisations where we see indications of compromise dating back to the spring of 2020.”

All this suggests that as the US government was focused over the last several months on detecting and countering possible Russian interference in the US presidential election — an effort that was largely viewed as successful — suspected Russian hackers were quietly working their way into the computer networks of American government agencies and sensitive corporate victims undetected.

“If it is cyber espionage, it is one of the most effective cyber espionage operations we’ve seen in quite some time,” said John Hultquist, a senior director at FireEye.

SolarWinds issued a statement appearing to confirm that the software update system for one of its products had been used to send malware to customers.

“We are aware of a potential vulnerability which if present is currently believed to be related to updates which were released between March and June 2020 to our Orion monitoring products. We believe that this vulnerability is the result of a highly sophisticated, targeted and manual supply chain attack by a nation state,” SolarWinds president and CEO Kevin Thompson said on Sunday evening.

Thompson said his company is working with the FBI as well as others on the investigation. The FBI said it is “appropriately engaged”, declining further comment.

Two people briefed on the probe said that because just about any SolarWinds customer which used the product got the manipulated software, the number of victims could eventually reach into the thousands.

The hackers appear to have concentrated on the most attractive and sensitive targets first, so that the harm suffered by various victims may vary widely, according to the people, who asked not to be identified because the information isn’t public.

FireEye told clients on Sunday that it was aware of at least 25 entities hit by the attack, according to people briefed by the company.

The quickly broadening investigation broke into public view on December 8 when FireEye announced that it had been breached in a highly sophisticated attack that it attributed to hackers backed by US adversaries. FireEye uncovered the hack in the course of investigating the breach.

As investigators followed the attackers’ digital tracks, it now appears that FireEye may have simply been the first victim to detect the attack. US government investigators are now racing to determine which agencies may have also been breached and to what extent the hackers accessed sensitive information — a process that could take days or weeks.

FireEye said last week the attackers took extreme care not to be detected, and in its case had managed to steal tools the security firm uses to test the security of its clients networks. FireEye also said the hackers sought information related to government customers but didn’t appear to steal customer data.

A commerce department spokesperson confirmed there was a breach “in one of our bureaus”, which Reuters identified as the National Telecommunications and Information Administration. The attacks were so concerning that the National Security Council met at the White House on Saturday, Reuters reported.

The treasury department didn’t respond to requests for comment.

The Washington Post reported that the Russian hacking group known as Cozy Bear, or APT 29, was behind the campaign. That is the same hacking group that was behind the cyberattacks on the Democratic National Committee going back to 2015. It was also accused by US and UK authorities in July of infiltrating organisations involved in developing a Covid-19 vaccine.

The last time the US government was caught so thoroughly by surprise may have been five years ago, when Chinese hackers stole information related to anyone who had applied for or received a national security clearance from the computers of the office of personnel management.

That investigation lasted for months, cost some US officials their jobs, and resulted in an huge, expensive push to increase the security of unclassified US government computer networks. This attack — and the next several weeks — will tell to what extent those measures were successful.

ARTHUR GOLDSTUCK: The scourge of cyber attacks on banking apps — and its antidote

Mobile tech company Upstream which warned in September that it had detected malware on 1.7-million SA mobile devices using its service in 2019
Opinion
1 year ago

The attempted intrusions, many of which were internally flagged by Microsoft over the US summer, were carried out by a group often nicknamed ‘Fancy ...
World
1 year ago
Next Article