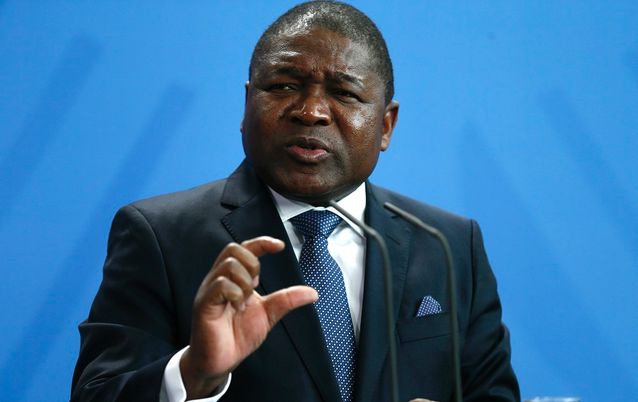 In Gaborone last week, the Southern African Development Community (Sadc) met to discuss the crisis in Mozambique’s oil-rich north, where Ahlu Sunna Wa Jammu, a brutal insurgent group associated with the Islamic State (IS), has taken over swathes of territory.

This month alone, 50 people were beheaded in a series of attacks across Cabo Delgado province, and about 45,000 displaced.

Fighting now threatens to spill over the border with Tanzania, where incursions have already taken place.

Astonishingly, Mozambican President Filipe Nyusi skipped the Sadc meeting, as did his Tanzanian counterpart, John Magafuli, thoroughly annoying governments who thought they were there to discuss a comprehensive regional response.

The Mozambican and Tanzanian leaders are presiding over serious backsliding, both at home and in their diplomacy. They are far from alone.

All along the continent’s Indian Ocean coast, and in its immediate hinterland, there is now a dismal arc of repression, democratic retrenchment and conflict where hope very recently flourished.

Magafuli secured an implausible 84.4% of the vote in October elections marred by sustained intimidation, tight restrictions on political activity and attacks on the media.

Zambian President Edgar Lungu has already demonstrated his willingness to lock up his critics; now, battered by an worsening economic crisis, he is looking to amend the constitution to secure his tenure.

And in Uganda, the opposition politician and singer Bobi Wine this week suspended his election campaign after repeated arrests and violent attacks on his team.

Only decade ago, the map looked very different: SA was slipping into corruption and stagnation, Angola was a full-blown kleptocracy, and donor darlings, Rwanda and Ethiopia, were deeply repressive strongman technocracies.

Meanwhile, across much of the East African Community and among its immediate Sadc neighbours, progress — halting and complicated but unmistakable — was under way.

Kenya was navigating the aftermath of the violent 2007 election, but the shackles of the Arap-Moi years had been removed, and despite grave institutional weaknesses and the gathering threat of terrorism, Nairobi was a hub of innovation, and home to a robust media and civil society.

In Tanzania, President Jakaya Kikwete delivered steady reforms, economic growth, and regional leadership, while in Mozambique oil and gas exploration, agriculture and tourism seemed to promise a way out of profound economic weakness.

Even in Malawi, there were signs of fresh vigour, and if the warning lights were flashing in Zambia, few had yet noticed.

To be sure, Uganda’s Yoweri Museveni clung to power. Spillover from conflicts in the Great Lakes and the Horn threatened from without, and corruption challenged fragile institutions from within, but there was reason for real optimism.

What changed? There is no single villain behind the reversals we are now seeing. Regional bodies have prevaricated consistently in the face of wholesale violations of their founding covenants.

If Sadc and the AU find themselves now ignored by leaders they have coddled, they have largely themselves to blame.

Western governments, for their part, have framed policy increasingly in terms of security co-operation. The US trains and equips Ugandan forces, both for the domestic battles against the Lord’s Resistance Army and for their role fighting Al-Shabab in Somalia.

The battle against Islamist forces also sets the tone for US-Kenya relations. January’s successful Al-Shabab attack on the US base at Manda Bay was a deep embarrassment, and it prompted the Pentagon to request authority to carry out drone strikes in eastern Kenya.

Serious human rights abuses by Kenyan security authorities go largely unremarked. The infrastructure of counter-terrorism is all too easily turned to repression, as Bobi Wine, still bearing the marks of recent torture told the state department back in 2018.

Nor are the terms as easy as they may have seemed.

Against this bleak backdrop, one hopeful signal remains: citizens now expect accountability, and demand it: in the local activism that has defeated plans for a Chinese-funded coal plant on the Kenyan island of Lamu, in street demonstrations in Uganda and in the independent journalism that persists in Mozambique, in Zambia, and in Kenya.

The people of the region do not need, or want, American democracy-promotion campaigns, but they also do not deserve approaches that cement in power local answers to Victor Orban, Rodrigo Duterte and Donald Trump.

These are deeply diverse and intimately connected countries. Their shared security challenges require a multilateral, African-led response, grounded in respect for rights, rather than bilateral transfers of gear.

Their economic challenges require a mix of debt-forgiveness, trade, and development assistance, including the expansion of special drawing rights from the International Monetary Fund (IMF). And their democracies need robust institutions and independent media.

This means an end to impunity for the killing and harassment of journalists, and to the connivance of global players in the fostering of corruption and the offshoring of its gains.

Neither international nor regional actors can reverse the drift, but they would do well to remember that there will be no answer to the threats propagating all along the East African littoral that does not take account of expectations that are now unchained.

The African Continental Free Trade Area’s kicks into motion on July 1, 2020 and Europe stands to benefit much if it invests in its former colony
Opinion
1 year ago

The president's stint as AU chair for 2020 will bring much to exercise his mind and energy, as the continent is marked by battlefields
Opinion
1 year ago

Africa on track to get back to GDP growth surge