Despite the lack of evidence that new tech contributes to Covid-19, the UK government is battling to convince fearful citizens otherwise 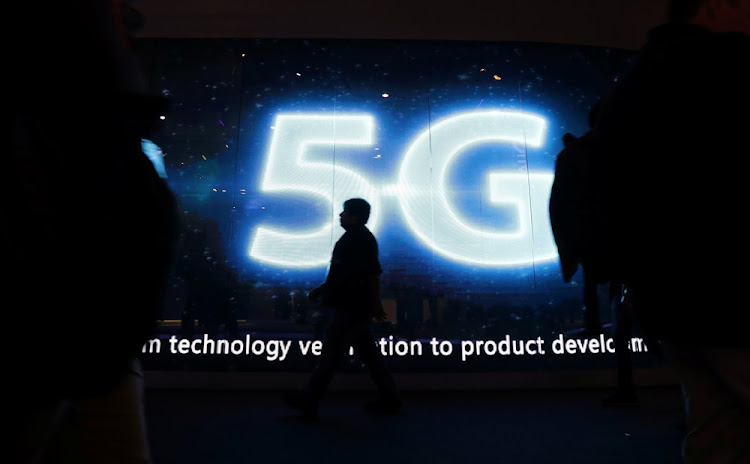 A visitor walks past a 5G sign during Mobile World Congress in Barcelona, Spain. Picture: REUTERS

London — Telecom masts that enable the next generation of wireless communication were set on fire in the UK in recent days, apparently by people motivated by a theory that the tech helps spread the coronavirus. Investors are taking note.

“Most will laugh at this scientifically unproven claim, but we should not underestimate public worry about potentially adverse health impacts of 5G due to radiation, and thus a possible drag on the 5G progress in democratic countries,” analysts led by Edison Lee at Jefferies Financial Group said in a note on Sunday.

While there’s absolutely no evidence to support the idea that 5G technology contributes to Covid-19’s spread, the conspiracy is being shared widely on social media. Mast fires were reported in Belfast, Liverpool and Birmingham, according to local media. A video of a telecom tower on fire was circulated on a Birmingham community webpage, and Facebook removed a group which encouraged users to share footage of equipment being destroyed, the Guardian reported on Friday.

The incidents prompted the networks to denounce the acts in a joint statement on Sunday, while Britain’s department for digital, culture, media and sport tweeted that criminal acts inspired by “crackpot conspiracy theories circulating online” will “face the full force of the law”.

The government has set up special units to combat misinformation about the virus, and says it’s pressing social media companies “for further action to stem the spread of falsehoods and rumours which could cost lives”. Media regulator Ofcom last week sanctioned a small radio station for featuring a guest who claimed 5G caused the pandemic. Hollywood actor Woody Harrelson shared the theory on his Instagram account last week.

Concerns about links between the new tech and cancer were already slowing the roll-out of 5G in countries including Switzerland, Bloomberg Businessweek previously reported, despite a lack of scientific support for the claims. Last month the independent global health body, the International Commission on Non-Ionizing Radiation Protection, deemed 5G safe.

“Public fear, even if not fact-based, can pressure governments to act if it is big enough,” the Jefferies analysts wrote. “With so many unknowns as to the nature of Covid-19, it is not surprising that people might believe any theories, no matter how baseless.”

Icasa seeks to speed up temporary allocation of radio spectrum