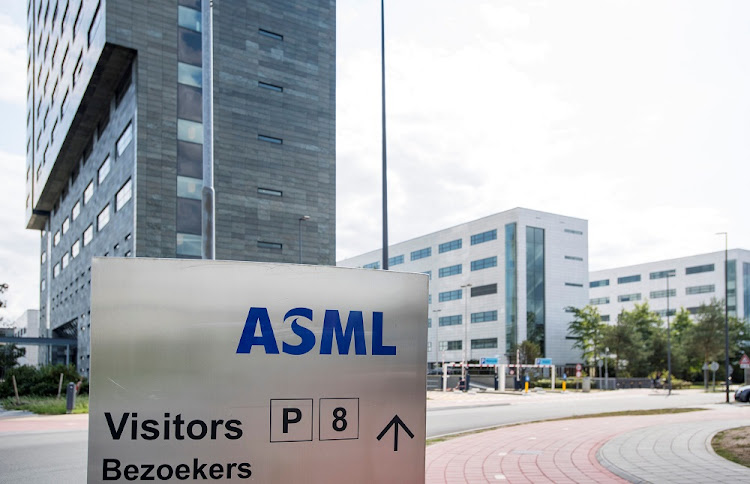 A two-hour drive south of Amsterdam in Veldhoven, workers decked out head-to-toe in protective gear toil in vast assembly halls. Before entering the inner sanctuary of the facilities, they meticulously layer on masks, gloves and special socks. A single speck of dust or a hair can have devastating effects on production. The result of all this painstaking process is an environment that is 10,000 times more purified than outside.

And as the coronavirus grips the world, it might just be the safest place to work right now.

The teams belong to ASML Holding, which holds a de-facto monopoly on the industry of extreme ultraviolet lithography machines needed to make next-generation chips. Each cost about €150m apiece and ship mainly to the US, Korea and Taiwan, where the likes of Intel, Samsung Electronics or Taiwan Semiconductor Manufacturing Co, known as TSMC, rely on them to make faster, cheaper and more energy efficient semiconductors.

ASML manufacturing staff operate in an environment that is literally shielded from the coronavirus pandemic that has forced millions of workers around the world to isolate themselves from colleagues to slow the spread of the disease. As the rest of the Netherlands and much of the continent locks down, work in ASML’s Veldhoven clean-rooms has continued largely unhindered, potentially giving the company an edge for when corporate life returns to normal.

“So far we have been able to keep our production going,” said Frits van Hout, ASML’s chief strategy officer, ASML. “The situation is of course dynamic. We encounter challenges as with every lockdown our suppliers will be affected, directly or indirectly.”

Like other companies, ASML has also implemented a raft of contingency measures — from segmenting staff to drawing up plans if disaster strikes at a key supplier — so it can keep manufacturing equipment for chip-makers around the world. Workers are split into two teams and are screened for virus symptoms via infrared thermal cameras at the entrance of the clean room in Veldhoven.

Social distancing protocols are in effect, and the company has spaced out the morning and night shift to ensure the groups don’t meet, ASML said.

Clean rooms are highly specialised infrastructure that’s costly to set up and maintain, making that kind of environment difficult to replicate in other industries. The biggest risk for the company lies not so much in its own operations seizing up but in a potential breakdown of its 5,000 suppliers, 790 of which provide materials and equipment that are used directly to produce the ASML systems.

Besides its ultra-sanitised work environment, ASML has the benefit of making machines that are considered almost recession-proof, given its commanding lead in an industry on the cusp of another technological leap: high-speed 5G networks.

“Most customers want EUV and if ASML cannot deliver due to such a factor, then they know they have to wait until the next quarter because you cannot get it anywhere else,” said Marcel Achterberg, executive director of equity research at KBC Bank. The prized EUV machines are the size of a bus. Customers can order older equipment, but EUV delivers better resolution, smaller components and improved performance in the chips it produces.

They’re a crucial source of revenue for ASML’s customers, too. By the end of 2021, as much as half of TSMC’s revenue will depend at least partly on some EUV processes, according to Bloomberg Intelligence analyst Masahiro Wakasugi.

Volume production of TSMC’s most cutting-edge 5-nanometer chips, which use EUV, is still “on track” for the first half of 2020 as previously stated by management, TSMC spokespersonNina Kao said

The coronavirus outbreak will affect how well schoolchildren are fed, writes Nic Spaull
Opinion
2 years ago

Virus crisis must shake up tourism

Bankers and government in talks to brace for coronavirus fallout

Bankers and government in talks to brace for coronavirus fallout