Coach Lehlohonolo Seema says team should not be underestimate 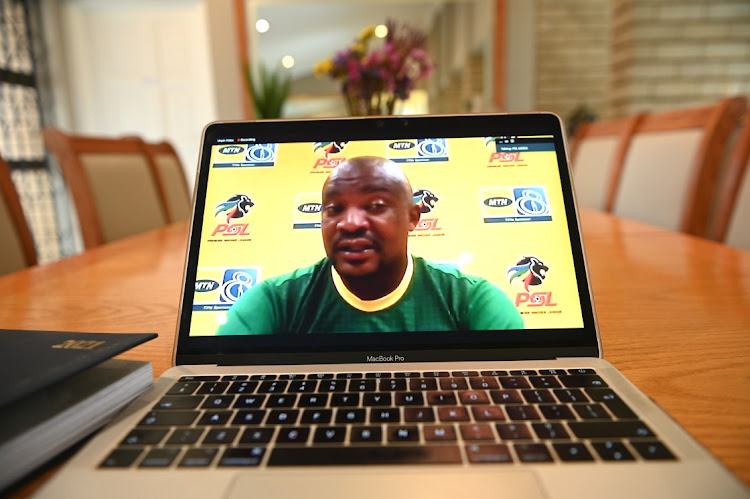 Golden Arrows go into their MTN8 semifinal first leg against Mamelodi Sundowns at the Sugar Ray Xulu Stadium on Saturday at 3pm as underdogs.

But Arrows coach Lehlohonolo Seema warned Sundowns to underestimate them at their peril. “The pressure is there for both teams to get to the final. However, Sundowns are under more pressure to win the trophy. I expect them to control the game. But we will go out there and fight,” said Seema.

Arrows lost to SuperSport United in a league game on Wednesday. “The mood was down in the camp. The players were broken after losing the league game. We have to pick them up and motivate them to do well in the cup match. We are excited to be in the semifinals. We are improving each game,” added Seema.

He described the cup tie as a big game and told his players to give it their best shot.

“We will recover [from the league defeat] and see who is available to play in the game. We got to this stage of the competition because we work hard. We want to give a good account of ourselves and see what will happen.”

Arrows defeated SuperSport 4-3 on penalties after their game ended 2-2 after extra time in the quarterfinal two weeks ago.

Sundowns co-coach Rhulani Mokwena has asked the supporters to be patient with Pavol Safranko as he feels the striker needs time to adjust to the Premiership.

The Slovakian international, who joined Sundowns recently on a three-year deal, struggled in the matches he has played so far.

“We know what he offers us. We knew going into the market [what we wanted] because the recruitment process at Mamelodi Sundowns is quite extensive,” Mokwena told the media.

“Having done our analysis, we needed more than just a mobile striker, we needed someone who could be vocal, someone who can assist us against teams that stay a little bit deeper.

“You could see it against Chippa United when he came on and he was upfront with Kermit Erasmus and we changed to a 4-4-2, the quality that Pavol gives us, not only the ability to link plays in and around the box.

“He holds it up well and he is very good and deadly inside the box. Pavol is more about adaptation. He came with his wife and they are settling down in a new environment. But we need to be patient with him.”

Mokwena added they needed a striker like Mauricio Affonso, who is stronger in the air and he believes Safranko excels at that.

“Safranko is stronger in the air. He is capable of holding up the play and allowing us to play in and around the box.”

With Sundowns chasing their first MTN8 title, the only trophy missing from their cabinet, Mokwena said they are motivated to win this competition this time.

“We are people of process and we are serious people that are really focused this season,” he said.