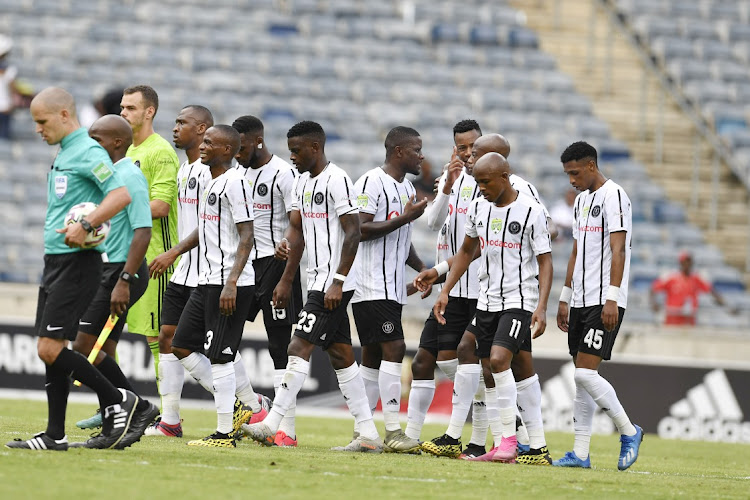 Orlando Pirates have had their challenges already in 2021/2022, and one of those was a resolute Marumo Gallants who worked tirelessly to stifle a flat Buccaneers in Tuesday night’s 0-0 Premiership draw at Peter Mokaba Stadium.

Pirates started the season with a MTN8 defeat to Swallows FC that led to head coach Josef Zinnbauer’s resignation, then a 2-2 draw against 10-man Stellenbosch FC in the league on Saturday.

Bucs would have hoped for a first win of the campaign against a side who had suffered defeat in their opening game against Baroka. French coach Sebastien Migne’s Gallants — as as TTM the MTN8 winners last season in the bewildering merry-go-round of PSL club ownerships and name changes — seemed intent on regrouping, working hard to maintain a steely shape that frustrated the Buccaneers.

The Pirates midfield of Nkanyiso Zungu, Goodman Mosele and Kabelo Dlamini seemed capable of the power-play needed to dismantle Gallants but were unable to conjure the necessary ingenuity. That also meant Bandile Shandu, Vincent Pule and Gabadinho Mhango lacked punch up front.

Pirates began the first half brightly. Mosele’s chip in from right midfield found Mhango on the far side to control, beat Gallants right-back Sicelokuhle Hlatshwayo and force a low save from Washington Arubi.

From there Gallants, barely bothering to get on the front foot, put in a shift to contain Pirates for the remainder of the half. Bucs also could not find the pace in movement to break the Limpopo team down.

Gallants, sniffing a chance at sneaking a goal and a win, almost did that. Industrious little midfielder Ndabayithethwa Ndlondlo’s corner was deflected via a Pirates head to the feet of winger Celimpilo Ngema in space at the far post. He had time for a shot that skimmed over the top-right corner.

Pirates’ bench continued to ring the changes but could not find the answers to unlock the plucky Gallants.

In the day’s other game Chippa United held defending champions Mamelodi Sundowns to a 0-0 draw at the Nelson Mandela Bay Stadium in Gqeberha.

The result puts the Brazilians and the Chilli Boys top of the log but they may be overtaken by Baroka, Golden Arrows and Swallows, who are all in action on Wednesday.

This result also means that Sundowns and Chippa, who have yet to beat the Brazilians in a league match, have dropped their first points of the season after they started with wins over AmaZulu and Sekhukhune United.

Sundowns will shift their focus to the MTN8 semifinal against Arrows at the Sugar Ray Xulu Stadium in Durban where they will be looking to get an advantage for the second leg at Lucas Moripe Stadium.

On the other hand, Chippa coach Gavin Hunt has a break of two weeks to work on some of their deficiencies as Chippa are not involved in the MTN8 this weekend.

The Sundowns coaching duo of Manqoba Mngqithi and Rulani Mokwena made three changes to the team that beat AmaZulu.  Denis Onyango, Grant Kekana and Neo Maema came in for Kennedy Mweene, Mosa Lebusa and Themba Zwane.

Hunt  made only one change from the team that started the league campaign with a 1-0 win over Sekhukhune last weekend, with Vuyolwethu Dinge in for Bienvenu Eva Nga.

There was little goalmouth action in the first half with play mostly in midfield. When on the attack, Sundowns threatened through wingbacks Lyle Lakay and Khuliso Mudau.

Chippa attacked occasionally but often relied on counterattacks. The attacking tempo increased in the second half with most of the chances falling to Sundowns, but they were unable to find a way past the Chippa defence.