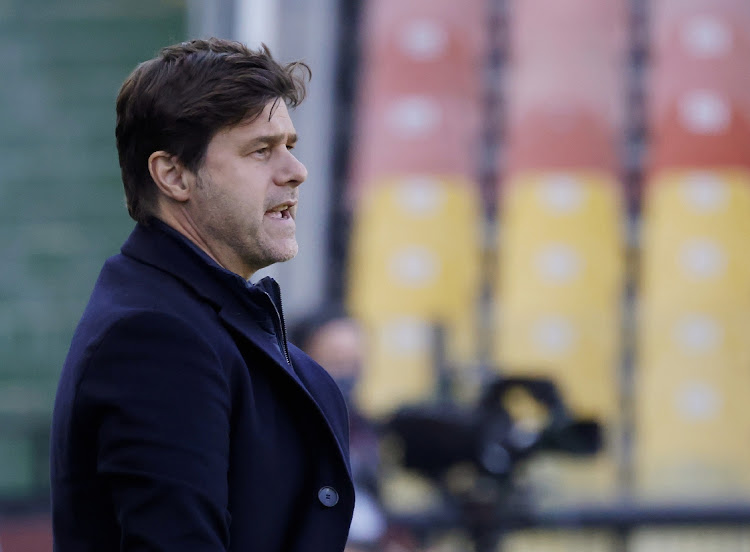 Paris — Though Paris St Germain have knocked out Barcelona and holders Bayern Munich, coach Mauricio Pochettino says his team will keep their feet on the ground when they face Manchester City in their Champions League semifinal first leg on Wednesday.

With all his best players at his disposal after Marquinhos and Marco Verratti made their return after missing most of the quarterfinal clash against Bayern, PSG enter the tie full of confidence, but also with caution.

“City are one of the greatest teams in the world with the best coach and it will be as tough as against Bayern at least,” Pochettino told a news conference on Tuesday. “Tougher? We’ll see. We’re confident but despite all the theories the most important things will be the 180 minutes on the pitch.”

PSG, one of the teams who declined to take part in the failed Super League, face a club who were one of the founding members of the project but none of that will matter at the Parc des Princes on Wednesday.

“It’s a battle between two big clubs, PSG and City,” said Pochettino, who added he has nothing to take from 2019, when he led Tottenham Hotspur past City in the quarterfinals.

PSG had a reputation of chokers after memorable meltdowns in recent years, but they are now in the semifinals for the second consecutive year, having also reached the final against Bayern in 2020.

“The club has grown, we are now among the top four, five or six teams across the leagues,” said Neymar, who despite not scoring produced a sterling performance in the return leg against Bayern.

“PSG now get the respect they deserve. We have all the qualities to put our hands on the trophy,” he said.

Neymar added that he is happy at PSG since joining the club in 2017 from Barcelona.

Coach is doing a fantastic job at the Durban club, says Sandile Zungu
Sport
1 week ago