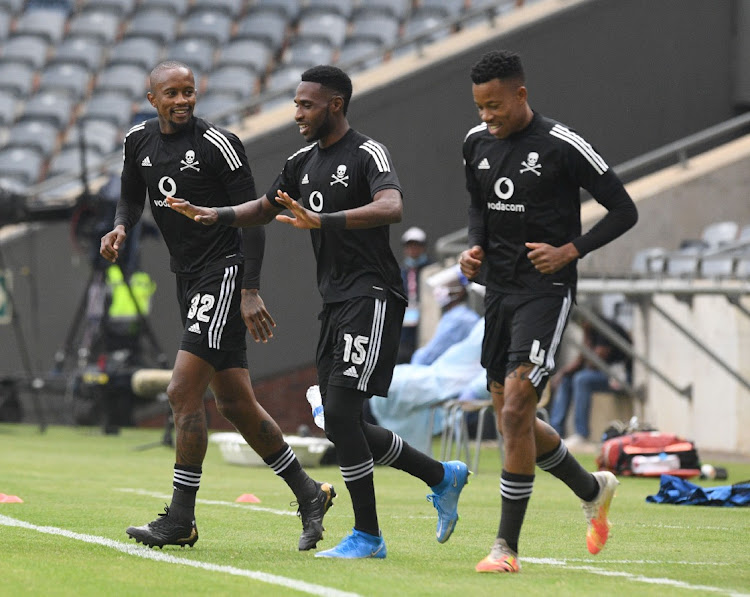 After battling with inconsistency earlier in the season Orlando Pirates have hit form again, beating Bloemfontein Celtic 1-0  in a Premier Soccer League (PSL) match on Tuesday.

Pirates climbed to third spot on the league table.

Pirates coach Josef Zinnbauer made just one change to his team for the second game in a row. Kabelo Dlamini, who scored in their previous match against Maritzburg United, came into the starting line-up for Thabang Monare.

Celtic had sagged to eleventh place, coming into the game from just two wins in their past 11 matches.

Celtic made life tough for Bucs with a good level of organisation and a bright period early in the second half where they created two chances.

It was Pirates, though, who displayed application and concentration.

Both teams struggled for a final pass in the opening half. Pirates had possession without penetration, until they got behind the Free Staters’ defence with a flurry of half-chances in the six minutes before the break.

Celtic goalkeeper Jackson Mabokgwane was finally tested in the 45th minute when Kabelo Dlamini blocked a shot from the edge of the box  and the rebound looped to right-back Siphesihle Ndlovu, whose volley was low and on target.

Back from the break Pule struck past the upright for Pirates, and Celtic centre-forward Victor Letsoalo was played through to force a save from Richard Ofori.

The Ghanaian goalkeeper was called on again in Celtic’s best move. Letsoalo was played down the right and passed inside for the late run of Lucky Baloyi, who burst through from a one-two off substitute Harris Tchilimbou and shot into Ofori's chest.

Makaringe got the winner with a goal from nothing. Receiving the ball wide on the left the midfielder skipped past a few challenges on a run inside and punted a strike that zipped in low between the diving Mabokgwane and the left upright.

With this win Usuthu are on an impressive eight-match unbeaten run that includes five wins and three draws as they continue to impress under the guidance of coach Benni McCarthy.

AmaZulu are equal on 28 points with neighbours Golden Arrows who are sitting above them in fifth spot on the log, but they have played two more matches than Abafana Bes’thende.

United and coach Kaitano Tembo missed an  opportunity to draw level on points with log leaders Mamelodi Sundowns with this loss.

United also allowed Orlando Pirates to narrow the gap on them to just one point with both teams having played 19 games, and they have gone three matches without a win.

AmaZulu opened the scoring after 25 minutes through Siphelele Mthembu when he found the back of the net with a tap-in after the United defence failed to stop Augustine Mulenga’s surging run into the penalty box.

For the opener, United defender Thatayaone Ditlhokwe misplaced his pass into the path of advancing Mulenga, who got the better of Teboho Mokoena and Luke Fleurs before he laid the ball on for Mthembu to score his second goal of the season.

United reacted with two quick attacks on the AmaZulu defence through strikers Bradley Grobler and Guilly Manziba but they failed to test goalkeeper Veli Mothwa.

Whenever they got into the AmaZulu half, Grobler, Manziba and Ghampani Lungu were met with resistance by defenders Mbongeni Gumede, Thapelo Xoki and Sibusiso Mabiliso.

AmaZulu started the second half with more purpose as they attacked United immediately led by Mulenga, Mthembu and Siyetemba Sithebe.

Mthembu missed a glorious opportunity to increase their lead on 75 minutes when he failed to connect with a cross from Thembela Sikhakhane.

Due to the short turnaround of matches, United return to action against TS Galaxy on Friday while AmaZulu have an advantage as they only return to league action against Chippa United next Wednesday.