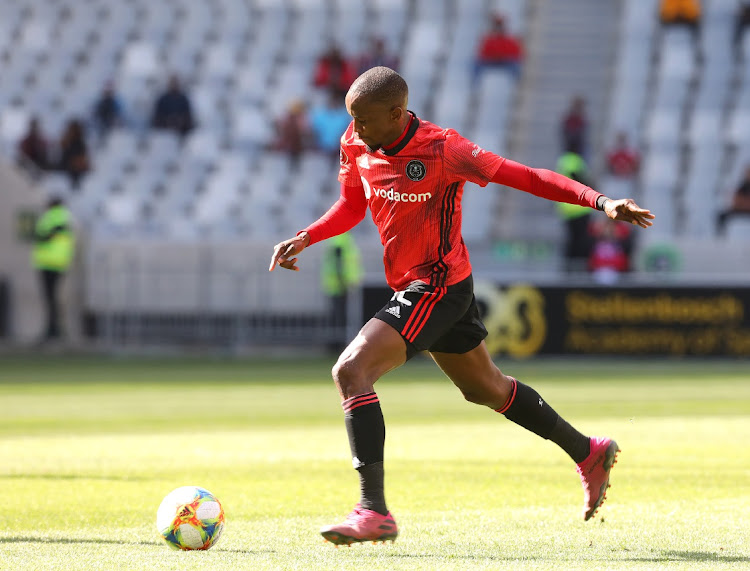 Linda “Figo” Mntambo is proving to be an important impact player for Orlando Pirates and the midfielder’s commitment to the cause has thrilled coach Josef Zinnbauer.

The gangling footballer is both adept at defending and assisting in attack coming down the middle of the park‚ and the German coach is happy that Mntambo has delivered whenever he has called on him to influence a match.

“Figo is a player with a lot [of team] spirit‚” the Pirates coach said. “He brings in the spirit and does what he can for the team. That’s important for us and it always depends on the position that he plays.

“Figo is a very flexible player. He can play in many positions and that’s important for us. In the past two weeks against Chiefs he came on and scored.

“He’s good in helping us in counterattacks and he can score. But Figo is not the only player we have in the squad with that quality.

“Maybe two weeks ago Figo was the best player for us‚ he’s a top player and has got top attitude. He offers us what we want in his position.”

But the 31-year-old Mntambo is still not a regular starter at Pirates three years after arriving from Chippa United. Things appear to be looking up though as he has come off the bench and helped the team eke out some positive results this season.

The MTN8 semifinal second-leg tie against Kaizer Chiefs will have been a highlight for Mntambo after he came on in the last 43 minutes to seal a 2-0 triumph that saw Bucs win the tie 5-0 on aggregate.

Mntambo has also featured in two of the Bucs’ Premier Soccer League matches this season — in the opening match against AmaZulu (1-1) and in last Saturday’s come-from-behind 2-1  victory against SuperSport United.

Zinnbauer also hinted at top striker Gabadinho Mhango coming back from injury to also challenge the likes of Zakhele Lepasa and Tshegofatso Mabasa‚ the Bucs strikers who both scored in the win against United on Saturday.

“I hope Gaba [Mhango] comes back and [Bongani] Sam is already back in training. They’ll have to wait to get a chance because we have so many players and that’s the kind of competition we want,” added Zinnbauer.

Bucs will hope to cement their position in the top half of the table when they entertain Baroka FC at the Orlando Stadium in Soweto on Saturday.

Despite showing progress in their draw with Lamontville Golden Arrows, coach knows that his team still need to tighten up at the back
Sport
8 months ago