Captain welcomes Wales, Scotland and England back to the tournament 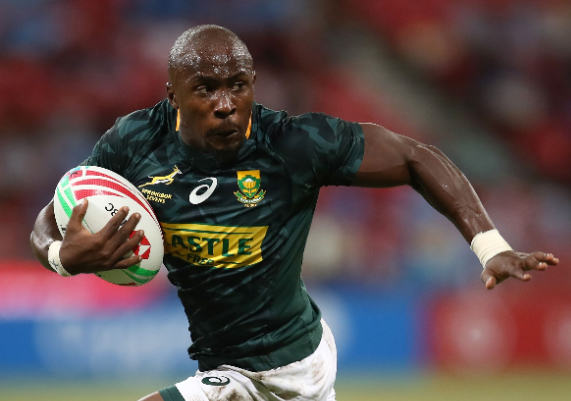 The more things change, the more they stay the same for the Springbok Sevens squad, playing in Spain this weekend for the first time since the HSBC World Rugby Sevens Series started in 1999.

Tournaments in Malaga and Seville have been added to the World Series, in place of Hamilton and Sydney. In addition to the excitement of playing at new venues, Springbok Sevens captain Siviwe Soyizwapi is also happy to welcome Wales, Scotland and England back to the normal ebb and flow of the circuit.

These countries participated as Great Britain last year in Canada and Dubai, where the 2022 series kicked off, with all four tournaments won by the Blitzboks and where they had to beat the combined UK squad on the way to glory.

“Yes, it is almost a fresh start to the year, as we are heading off to Spain and not Australasia as we did in the past,” Soyizwapi said on departure from Cape Town to Malaga via Frankfurt on Sunday.

“There is excitement because of the new venues and added to that the return of Scotland, Wales and England will be welcomed by all. It gives a new dynamic to the series again, and it gives us different challenges.

“It is always good to be tested in different ways and having three ‘new’ opponents, as familiar as they were in the past, is great for the tournament and the squads playing.”

Soyizwapi welcomed the return of a number of senior players to the squad in Spain, with five changes made to the victorious Dubai group.

“Despite the unknown element of new venues, the calming part of the tour is that we have five guys back from injury,” he said.

“We don’t need a different approach on how we want to do things, the five guys who came back are all very experienced and all have played for us before. They looked sharp in training and showed why they were selected in the first place.”

“Though they might not have played in recent tournaments, their attitudes remained spot on and they are still living the culture, which is great,” he said.

The Blitzboks were due to play England and Scotland as well as Fiji in Pool A, but Scotland had their travel plans delayed due to positive Covid-19 cases.

World Rugby is to make an announcement on Fiji’s participation.