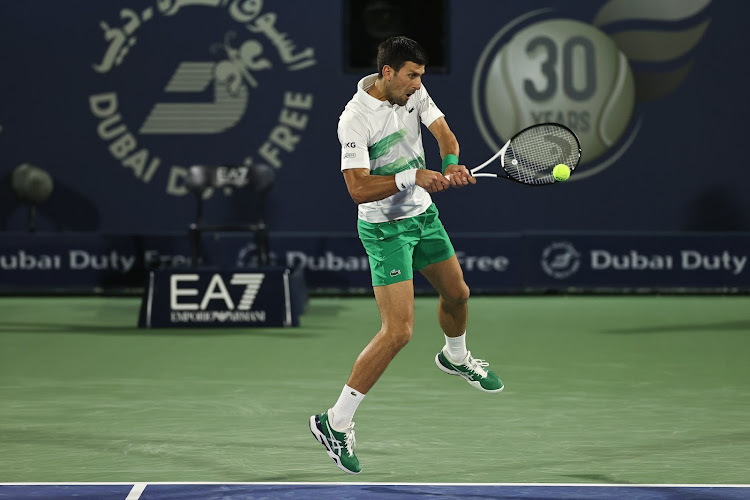 Top seed Novak Djokovic overcame a dogged challenge from 81st-ranked Korean Kwon Soon-woo and his own grass court rustiness to reach the Wimbledon second round with a 6-4 3-6 6-3 6-4 victory on Monday.

The defending champion, bidding for his fourth Wimbledon title in a row and his seventh overall, looked out of sorts at times against Kwon, who brought a lively mixture of tennis, from booming forehands to delicate drop-shots, onto Centre Court.

Djokovic had not played a grass court warm-up tournament and he admitted that did not help his game against a tough opponent, 11 years his junior.

“I didn’t have any lead-up or preparation tournaments prior to this so you’re always going to feel a bit less comfortable than you would like, particularly if you are playing against someone as talented as Kwon who stays close to the line and hits really clean,” he said.

“It wasn’t easy. I had to put some variety in the game. The serve helped but at this level one or two shots decide a winner.”

The 24-year-old Korean broke Djokovic’s serve in the fourth game of the second set and went on to win it with a drop-shot and a big serve.

But the Serb, aiming to win a 21st Grand Slam title, recovered enough of his trademark consistency to see off the challenge.

He secured victory with an ace on his first match point and will next meet either Thanasi Kokkinakis of Australia or Poland’s Kamil Majchrzak.

It was Djokovic’s 80th Wimbledon win and he became the only man to have won 80 matches at all four Grand Slam tournaments.

The Serb, who won three Grand Slams in 2021, missed out on the Australian Open in January after being deported because he was not vaccinated against Covid-19.

He lost in the French Open quarterfinals to eventual champion Rafa Nadal, who is seeded second at Wimbledon.

Meanwhile, having climbed to a career-high ranking of second on Monday, Tunisian trailblazer Ons Jabeur was already plotting on dethroning Iga Swiatek as the world No 1.

The 27-year-old surpassed SA’s Amanda Coetzer — who reached the world No 3 ranking in 1997 — to become the highest-ranked African player in history.

But Jabeur is aiming higher. “I do feel more confident. I do feel like I deserve to be in this level. Hopefully, next step will be No 1,” Jabeur told reporters after storming into the Wimbledon second round with a straight-sets win over Swedish qualifier Mirjam Bjorklund.

“It’s going to be tough, but not impossible. Obviously, Iga is kind of a little bit far from us now ... I’ll try my best to catch up to her. Obviously if I don’t do it this year, hopefully beginning of next year.

“But the most important thing, I want to have the level to be No 1. Everybody is looking forward to win against No 1. I want to be, like, really deserve that spot. Hopefully I can be the level that Iga is playing right now.”

Jabeur was considered the most likely contender to beat Swiatek at Roland Garros, having arrived in Paris after winning a title in Madrid and a runner-up finish in Rome. But she crashed out of the clay court Major in the opening round.