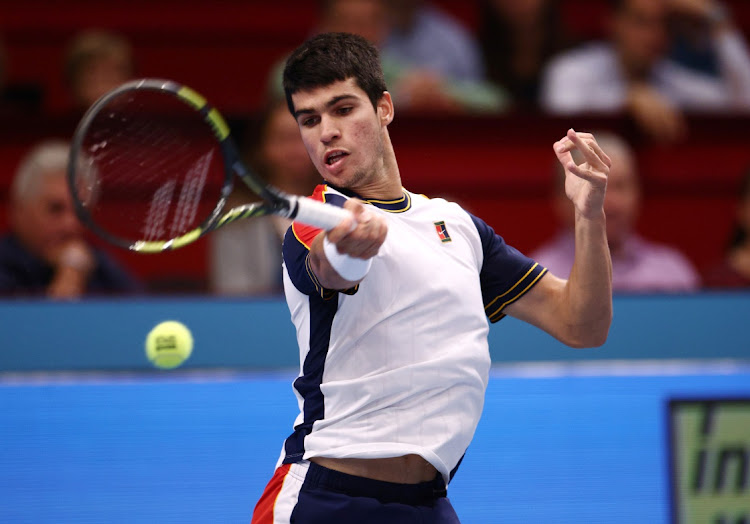 Spain’s Carlos Alcaraz will miss next week’s Wimbledon tune-up event at Queen’s Club in London due to a slight elbow issue, the 19-year-old said.

Alcaraz, who has taken the tennis world by storm in 2022, reached the quarterfinals at the French Open in May, becoming the youngest player in 29 years to reach two Grand Slam quarterfinals after also making the US Open last eight.

“As u all know, I was super excited to play at @QueensTennis but a slight elbow issue means I can’t! I hope to be there in 2023 … see u all in the UK in a few days!” the world No 7 tweeted.

The teenager, who won back-to-back titles in Barcelona and Madrid on clay, will look to continue his good form on grass ahead of Wimbledon, which begins on June 27.

Meanwhile, US Open champion Emma Raducanu is hopeful she will be fit to play at Wimbledon after being forced to withdraw from next week’s WTA 250 event in Birmingham due to a side strain.

A “freak injury” forced Raducanu, 19, to retire from her opening match at the Nottingham Open on Tuesday but the Briton said on Wednesday she was looking forward to the rest of the grass-court swing.

“It was disappointing to go out this week with a side injury and unfortunately I will no longer be able to play in Birmingham,” Raducanu said in a statement released by Britain’s Lawn Tennis Association.

“I’m looking forward to be back on the match court soon, though, to enjoy the rest of the grass season.”

Raducanu shot to stardom in September 2021 when she won the US Open title as a qualifier, becoming Britain’s first female Grand Slam champion since Virginia Wade in 1977.