While Woods ponders a competitive return, Ko and Korda look set to resume their rivalry on the women’s tour 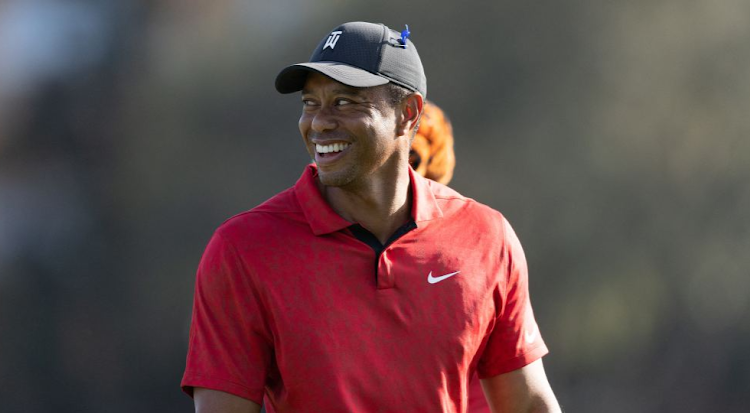 The world of golf can look forward to 2022 and rest assured that the sport won’t be forcibly interrupted by the Covid-19 pandemic, nor dominated by the Brooks Koepka-vs-Bryson DeChambeau discourse any longer (we think).

Instead, several other key characters and upcoming fixtures figure to shape the narrative of the new year. Here are golf’s five prevailing storylines to follow in 2022:

More than 10 months after a car accident nearly required a partial leg amputation, Tiger Woods has returned to the golf course, and for that much fans should be grateful. He and 12-year-old son Charlie pulled off 11 straight birdies while playing a scramble during the final round of the PNC Championship. During the course of the weekend, Tiger spent as much time shooting down whispers of a full-time PGA Tour return as he spent introducing Charlie to the Lee Trevinos of the world.

“I’m not at that level,” Woods said. “I can’t compete against these guys right now, no.”

The key to remember is Woods was able to use a golf cart at the PNC, a no-no on Tour. It still pains him to walk moderate distances, never mind the terrain of Augusta National. Woods will be selective about the events he plays in future; we should brace for the likelihood that his return to actual competition is several months away.

2. The Open’s return to St Andrews

In fact, wouldn’t St Andrews be the perfect setting for Woods’ return to Tour? He lifted the Claret Jug at the Old Course in both 2000 and 2005. Woods or no Woods, The Open’s return to the most storied venue in the sport for its 150th anniversary will be the jewel of the golf calendar in 2022.

More Americans than usual might choose to spend an extra week in Scotland to prepare. As part of the PGA Tour’s expanded partnership with the newly renamed DP World Tour, the Scottish Open will be co-sanctioned by the PGA Tour for the first time, so its players can earn FedExCup points while they give links golf a test run.

Rising star and two-time major champion Collin Morikawa will defend his 2021 title. SA’s Louis Oosthuizen, who keeps coming tantalising close to his first win since 2018, will return to the site of his 2010 victory, which remains his only major victory.

3. The “bubbling under” class

Morikawa, Koepka and Dustin Johnson are the only multiple major winners over the past six years. The rest of that time has featured extreme parity, naturally leading to the question, “Who’s up next?”

Japan’s Hideki Matsuyama (Masters) and Spain’s Jon Rahm (US Open) broke through in 2021 for their first major titles. Patrick Cantlay was the name on everybody’s lips in September, when he won the FedExCup title in dramatic fashion and shone on the Ryder Cup stage. But he’s still in search of his first major, as are Norway’s Viktor Hovland and Tokyo Olympics gold medallist Xander Schauffele.

Then there are the guys trying to make a comeback. Jordan Spieth gave his best performance at a major in ages at The Open, coming agonisingly close on Sunday. What about Englishmen Tommy Fleetwood and Tyrrell Hatton, two Brits mired in rough patches?

The USGA and R&A approved so-called “local rules” for tournament play that come into effect in 2022: Green-reading books cannot show detailed depictions of slopes and breaks, and driver length must be capped at 46 inches. Phil Mickelson, who used a 47.9-inch driver when he won the 2021 PGA Championship, has put the latter rule on blast every chance he’s had. “During our first golf boom in 40 years, our amateur gov body keeps trying to make it less fun,” he argued on Twitter.

But the biggest rulings the PGA Tour has to make in 2022 may deal with the interest some of its players have in leaving for a rival “Super Golf League”, fronted by Greg Norman and backed by Saudi financing.

Reports said the league wants to begin play as soon as 2022 but, to date, it hasn’t actually landed any players. Golfers who want to defect could be punished by the PGA Tour. Several big names voiced opposition to the idea during 2021, but one who seemed intrigued was ... Mickelson.

The LPGA had one heck of a year in 2021, and most of that can be chalked up to the dominance of two women. Current world No 1 Nelly Korda was on fire for much of the season, winning her first major and an Olympic gold medal to boot. But South Korea’s Jin-Young Ko’s record-busting end to the season earned her the Race to the CME Globe and her second career Player of the Year award.

The two budding stars shared a final-round pairing at the CME Group Tour Championship, and Ko straight-up outplayed Korda, holding off the rest of the field in the process. “It was definitely the Jin-Young Ko Show today,” Korda said.

A budding rivalry between two extremely talented women? A dash of a little competitive jealousy? It’s the most marketable moment the LPGA has had in a long time.