The Argentinian proves too skilful for the Ukrainian, who looked nothing like the player who reached the semifinals at the US Open in 2019 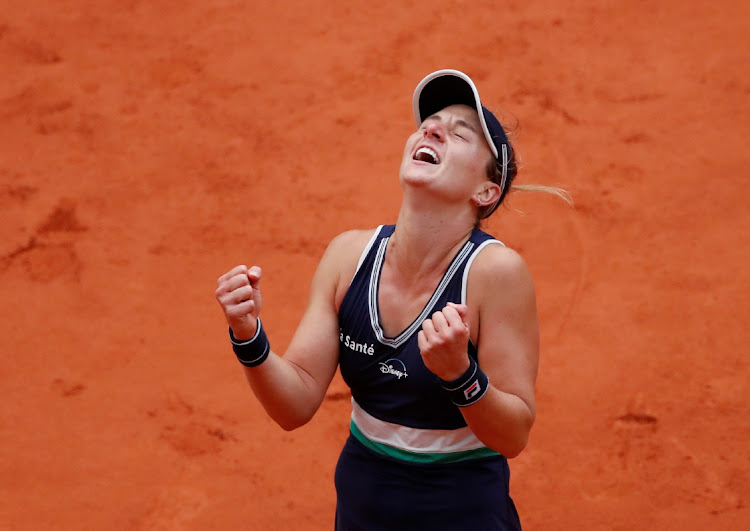 The world No 131, on her second appearance in the main draw of a Grand Slam, emulates Belgium’s Filip Dewulf, the only qualifier in either of the singles draws since tennis turned professional in 1968 to make it to the last four at Roland Garros, in 1997.

“It’s a little difficult for me to speak after the match, thank you, everybody, for your support. I’m very very happy,” Podoroska said on court Philippe Chatrier. “We did a very good job with my coaches during quarantine. That’s why I’m here today.”

Svitolina, one of the pre-tournament favourites after winning the Strasbourg International in September, was on the back foot throughout, failing at the last-eight stage for the third time at the clay court Grand Slam.

Podoroska next faces either Polish teenager Iga Swiatek or another qualifier, Italian Martina Trevisan. Should Trevisan prevail in her quarterfinal, it would ensure a qualifier plays in the final of a Grand Slam for the first time in the Open era.

Since 1968, only Alexandra Stevenson at Wimbledon in 1999 and Christine Dorey at the 1978 Australian Open had made it to the semifinals at a Major before Podoroska. Both of them failed to go one step further.

Coming into Tuesday’s match, the 23-year-old Podoroska had won seven matches in a row at Roland Garros, and she kept that momentum going against Svitolina.

The Ukrainian broke her serve in the first game, but then Podoroska turned on the engine and bagged five games in a row to move to 5-1. Having converted all of her four break points while Svitolina converted only two of six, Podoroska found herself one set up after 37 minutes.

Perfectly mixing power and a gentle touch with drop shots, Podoroska proved too skilful for Svitolina, who looked nothing like the player who reached the semifinals at Wimbledon and the US Open in 2019.

Six consecutive games went against serve in the second set until Podoroska held for 5-4 before wrapping it up on Svitolina’s serve on her second match point with a forehand winner.

Federer and Serena confirm they will play in Australian Open

SA’s Kholo Montsi takes his racket from Potch to Paris