Even without Steyn‚ SA plan to take the game to England

Morris or Pretorius could come in for Dale Steyn 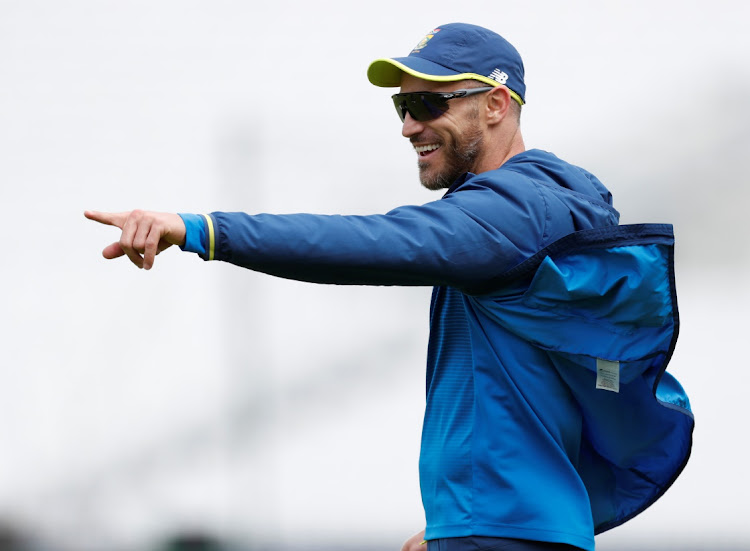 London — SA are poised to fight fire with fire in the opening match of the World Cup against England at the Oval on Thursday.

Faced with the challenge of containing the most ambitious batting line-up in the game‚ Faf du Plessis has a plan.

“England play very aggressively‚ so for us as a leadership group it’s about finding out how we can be most attacking and take wickets‚” Du Plessis said on Wednesday.

All good. But there is a catch: one of the pillars of that approach will not play in the match. Dale Steyn‚ the dominant fast bowler of his generation‚ has been ruled out with the shoulder injury that last allowed him to bowl on April 21.

“It is a big loss‚” Du Plessis admitted. “We did expect it when we picked the squad. He was probably about 60% [match fit] when the squad was picked. So we anticipated for this to happen.

“But a fit Dale Steyn makes our bowling attack very strong‚ so tomorrow will be a little bit of chopping and changing to make sure we get a balance with which we can take on England.

“One of our x-factors was a really strong attack in terms of pace — Steyn‚ [Kagiso] Rabada‚ [Lungi] Ngidi are a real threat in English conditions. So that changes.

“That’s plan A. Now it’s a reshuffle and looking to plan B… and C. There’s no point in trying to play a defensive style of cricket against England because they have shown that they can take any bowling attack on on the day. So we’ll try and pick our team to try and be as positive in team selection as possible.”

Plan B‚ probably‚ is to replace Steyn with Chris Morris and hope he bowls better than he did in a warm-up match against Sri Lanka in Cardiff on Friday‚ when he went for 31 and took no wickets in four flat overs.

Plan C would be to tap Dwaine Pretorius‚ who does not have Morris’s pace but looked more the part of a third seamer at this level in taking 1/34 from five overs on Friday.

Whoever cracks the nod will have to help find a way to curb  England who are the only side to have passed 400 in one-day internationals in 2019.

They are spearheaded by Jonny Bairstow and Jos Buttler‚ who have scored three centuries between them in seven innings each in 2019 and have been an important part of establishing England as the No1-ranked team and as tournament favourites.

“The level of expectation and favourite tags is there for a reason‚” England captain Eoin Morgan said. “Over the last two years‚ our form at home‚ in particular‚ has been outstanding‚ and that’s the reason it’s there.”

Thursday’s showdown will be the culmination of years of planning‚ and a key test of both teams’ strengths and weaknesses.

“Cricket is a very important aspect of all of our lives‚ but it’s not everything‚” Du Plessis said. “In life‚ there’s a lot of bigger things than winning and losing games of cricket. And that‚ perhaps‚ has changed for me. I’m no longer desperate; I want to win cricket games but I don’t need to win them.”

Did it matter more to Morgan how his team played‚ or whether they won or lost? “A win under any circumstances‚” he said‚ and with that painted himself into a corner.

Dale Steyn out for England game‚ but ‘close to ready’

NEIL MANTHORP: Du Plessis looks and learns while other captains do the talking

NEIL MANTHORP: Du Plessis looks and learns while other captains do the talking