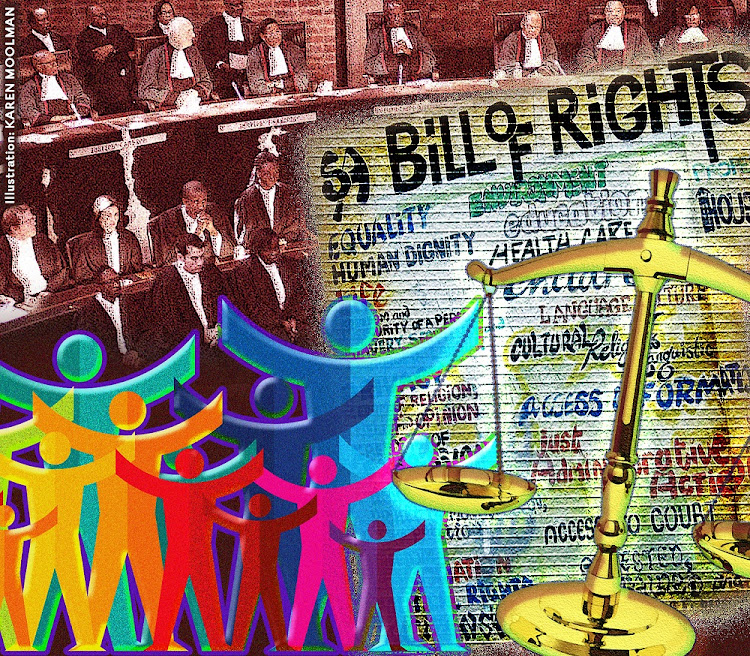 November 2020 marked the 20th anniversary of the coming into force of the Promotion of Administrative Justice Act. This makes it an appropriate time to celebrate the gains SA has made in its journey as a constitutional democracy.

At the same time, we have to recognise the huge gaps that remain. If we fail to address them the corrupt practices so alarmingly revealed at the Zondo state capture inquiry are likely to become endemic in the public administration — to the ultimate detriment of the vast majority of our citizens, especially the poor and vulnerable.

Amid the gloom of the pandemic it is salutary from time to time to focus on the good, the progressive, the achievements. SA’s journey to a constitutional democracy continues to inspire and invigorate similar struggles globally. Even mature democracies acknowledge their indebtedness to aspects of the constitutional model we adopted in the mid-1990s — not without considerable risk.

One innovation was the inclusion of socioeconomic rights in our Bill of Rights, against much contrary expert advice. Those who advised against this were soon to acknowledge the error of their ways as they witnessed the creative, wise and nuanced manner in which the Constitutional Court interpreted and enforced those rights. While our socioeconomic plight (and especially the inequality gap) remains deplorable, responsibility rests firmly with the executive government at all levels throughout the country. The constitution and the courts have done their best.

Another area of innovation, closely allied to socioeconomic rights, is that we have elevated access to information, administrative justice and access to court to enforce “protected rights”. Such rights provide the procedural foundation, the toolkit, to realise the rights to have access to socioeconomic goods and services openly and fairly. These innovative rights were included to ensure the bedrock of our system of governance is the rule of law, that no person has lawful authority unless it is granted  by law, and that everyone must respect the requirements of the law in all its forms.

This means in practice that public servants are guided by and answerable to a wide-ranging set of benchmarks against which the validity in law of their decisions and conduct may be measured. Chief among such standards are honesty, rationality and fair process. This right resonates with the commitment to the values of “the rule of law and supremacy of the constitution” and “accountability, responsiveness and openness”, which are the hallmarks of our participative democracy, as seen in section 1 (c) and (d).

This was in effect the basis on which the Constitutional Court found so many of then president Jacob Zuma’s actions wanting in law, as they bore all the hallmarks of irrationality.

This right has a long pedigree in our legal system, based on the English common-law “judicial review of administrative action”.  It allows the judicial branch of government to monitor and regulate the exercise of power by the executive branch, under the separation of powers. The rampant abuse of discretionary power under apartheid, matched by the supine, executive-minded attitude of most judges, taught a harsh lesson to all citizens: don’t trust the unlimited authority of the executive.

This reality translated, even in the interim constitution of 1993, into a right to administrative justice. Its inclusion in the final constitution was qualified by the requirement that parliament had to enact a statute within three years to give greater detail to both the rights and obligations contained within section 33.

As a result, the Promotion of Administrative Justice Act came into force. This law sets out what is needed to act procedurally fairly, how one must proceed to obtain written reasons, on what grounds administrative conduct can be set aside, and what remedies are available to the courts when they determine that an administrator has acted unlawfully.

While this right has been in place since April 1994, the culture of the public service has responded slowly in moving away from the secretive, unaccountable arrogance of the apartheid era, and legal practitioners and judges have sometimes struggled to give effective meaning to its provisions.

Nevertheless, in countless instances the exercise of public power has been set aside by the courts, from acts of the president, speaker of parliament, ministers, premiers, MECs, mayors and CEOs of state-owned enterprises, to those of countless ordinary public servants. Prominent examples include the social grants fiasco involving the SA Social Security Agency and former minister Bathabile Dlamini, and many actions of the public protector.

Our public administration is still a way from delivering a reasonable level of general efficiency and fairness, especially in local government, and we need no reminding of the pervasive scourge of corruption. However, many lawyers and activists are working hard to secure constant improvement of official compliance with the law and complementary codes of conduct.

One of these organisations, the Administrative Justice Association of SA, founded in 2012, seeks to bring together lawyers and public servants to further the goals of section 33 and the act.

Rational, fair and honest decisions are essential, particularly in the allocation of socioeconomic resources such as housing, health care and social grants. It is worth emphasising that compliance with these criteria is all the more urgent at times of national disaster, such as war or a pandemic.

• Corder is professor emeritus of public law at the University of Cape Town and a member of the Administrative Justice Association of SA executive committee.

Two leaked matric papers will not be rewritten, court says