Much of US Covid-19 relief depends on election 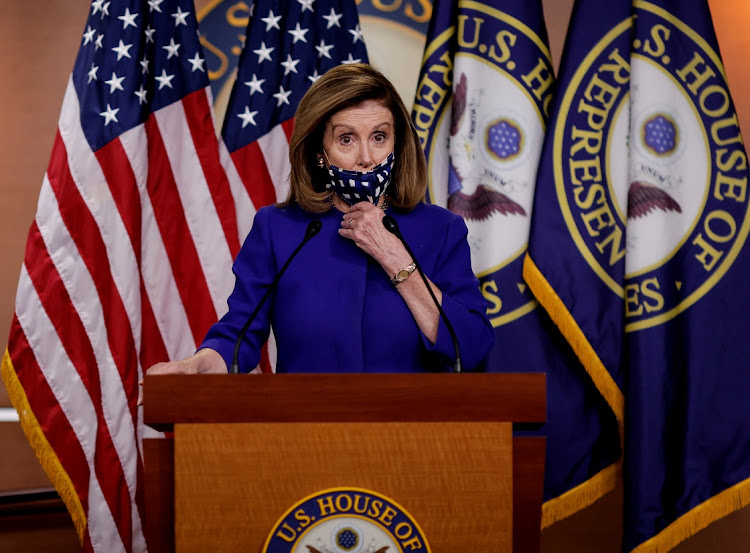 We aren’t statisticians, oddsmakers, pollsters or fortune tellers, so we cannot predict whether Congress and the White House will pull together a Covid-19 relief package before election day — or even shortly afterwards.

But we’re going to hazard a guess they won’t.

Since Friday, House speaker Nancy Pelosi and treasury secretary Steven Mnuchin had not narrowed the gap between their plans, one of which calls for $2.4-trillion in aid and the other $1.9-trillion. Mnuchin and Pelosi blamed each other for the standoff (and, by the way, the Democrats had a plan in place months ago). But even if the two of them could find common ground, Senate majority leader Mitch McConnell has counteroffered an anaemic $500bn, which a portion of his own caucus is unlikely to back.

Of course, if the House of Representatives and the White House wind up with an agreement without the Senate, then they don’t have a bill. It’s been apparent since May that the Republicans who run the show in the Senate aren’t serious about enacting a robust federal aid package as a successor to last spring’s Coronavirus Aid, Relief, and Economic Security (Cares) Act.

That’s unfortunate. It’s also tragic. While deal making and legislative gamesmanship are obviously at work here, lives hang in the balance. There are 12.6-million Americans without jobs, and the supplemental benefits they received under the Cares Act — benefits that put food on their families’ tables and paid the rent — expired in July. Almost four months have passed since then, and an unknown number more will now go by without further aid.

In recent months, the economy has been humming along, buoyed by the trillions in federal aid the Cares Act steered to corporations and financial markets. Remove that support and what happens? One economist cited by Bloomberg News estimates that a failure to deliver more relief will mean $1.2-trillion less in economic output by the end of 2023 and a job market that doesn’t return to its pre-Covid level until 2024. Misery is written in those figures.

A huge number of Americans are already struggling. The Census Bureau, which has been surveying Americans on economic and other effects of the pandemic, has found that 32% of respondents are having some or a lot of difficulty paying for usual household expenses. If you include those reporting modest difficulty, the number jumps to 56%. Not surprisingly, the most vulnerable Americans are struggling at far higher rates. Roughly 64% of respondents with kids at home, and an alarming 83% of those who report being in poor health, say they are having difficulty. With no new federal aid, those numbers stand to get worse.

We have argued repeatedly that the federal government needs to enact a much more ambitious and sweeping relief package than even Pelosi has offered. But putting the size of the effort aside for the moment, what else has to be considered?

Pelosi, Mnuchin and McConnell have been assessing their options against a landscape of ever-changing scenarios that are useful to ponder. Potential changes in the presidency and the Senate after November 3 are the big wild cards. We don’t expect to see the House, which Democrats control, changing hands.

Consider these possible outcomes and the effect each one would have on passage of a relief bill:

If you’re Pelosi, scenario 4 is the most desirable. If you’re Mnuchin or McConnell, scenario 1 is best. But we see scenarios 3 and 4 as the most likely outcomes.

Where does that leave American workers? The best case for them, unfortunately, is that they wait until early February or March for aid — and suffer longer. The worst case is that no aid ever arrives.

Where does that leave the American economy? Under scenario 4, it will get a shot in the arm and a chance to right itself. Under scenario 3, it’s left to its own devices, and a return to the pre-Covid economy is unlikely any time soon.

Public policy matters. History teaches us that government intervention during downturns is a salve that helps everyone, regardless of their station in life. Voters should bear all of this in mind as they keep marching to the polls.

The US has the most cases in the world at 8.5-million and the most fatalities with 224,000 lives lost
World
9 months ago