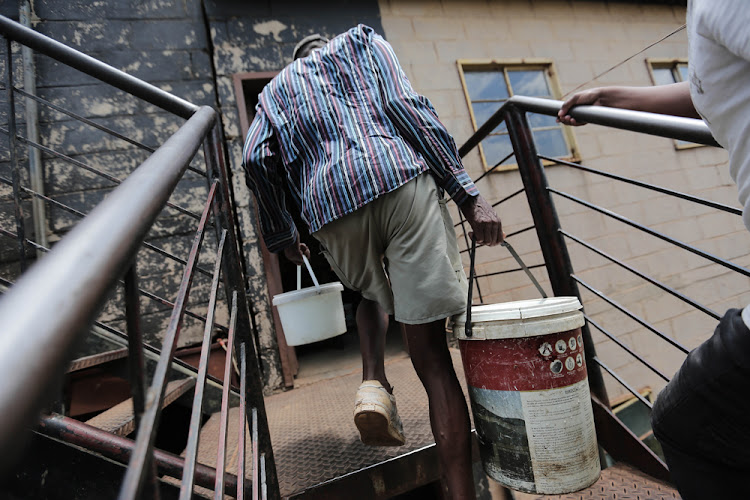 Employers have to be given 30 days’ notice before a new wage regime is introduced. Picture: ALAISTER RUSSELL

The minimum wage bill is expected to benefit about 6-million workers who earn less than  R3,700 a month, while one of the other pieces of legislation, the Labour Relations Amendment Bill, makes way for the establishment of an advisory arbitration panel to deal with long and violent strikes in the interest of labour stability.

Business Day understands that the presidency was planning to enact the bills at a signing ceremony in Kliptown later in November, but only after the contentious process under way to appoint the national minimum wage commission had been completed.

However, Cosatu wanted the bills signed without delay to ensure that employers are given the required 30 days to adjust to the new wage system before it comes into effect on January 1 2019, failing which the system would have been postponed for an even longer period.

Employers have to be given 30 days’ notice before a new wage regime is introduced.

Organised labour has also argued that the delays have led to a depreciation of the value of the R20 hourly rate, which was determined in February 2017.

Cosatu, which is in an alliance with the ANC, backed Ramaphosa’s presidency bid and has resolved to support his return to the Union Buildings in 2019.

The minimum wage was meant to come into effect in May but due to issues that arose when the legislation was drafted, it had to be postponed.

Another hurdle for Ramaphosa was deadlock over ideal candidates to  serve on the minimum wage commission.

The commission will be responsible for the annual review of the national minimum wage with an aim to alleviate poverty and reduce wage inequality by considering inflation, GDP and productivity, among relevant factors.

Each constituency at the National Economic Development and Labour Council (Nedlac) got the opportunity to nominate three representatives for the commission. The labour minister, after consulting Nedlac partners,  will appoint its chair and three independent experts.

Sources at Nedlac said that the business constituency was against the government’s proposal to appoint senior economist at Trade & Industrial Policy Strategies  Dr Neva Makgetla and associate professor of sociology at Wits University Sarah Mosoetsa to the commission.

Wits University dean of commerce, law and management Prof Imraan Valodia has also been tipped to sit on the commission. He chaired the minimum wage expert panel, which recommended the R20 hourly rate.

Valodia told Business Day last week that despite the delays, the implementation of the law would still benefit a significantly large number of people. The delays also inadvertently provided business with an extended adjustment period.

“A long adjustment process is a good thing, making sure that those who benefit will not suffer from any of the potential impacts. Any kind of reasonable business would have been making adjustments already.

“I am hopeful that policies like the minimum wage will start to open up space for our society to debate and address the growing levels of inequality,” he said.

Meanwhile, the SA Federation of Trade Unions (Saftu) has rejected the signing of the minimum wage bill.

In a statement on Friday, Saftu said the majority of workers will not be celebrating the law as the R20 rate was “far below what anyone should have to live on; it condemns millions of workers and their families to government-sanctioned poverty”.