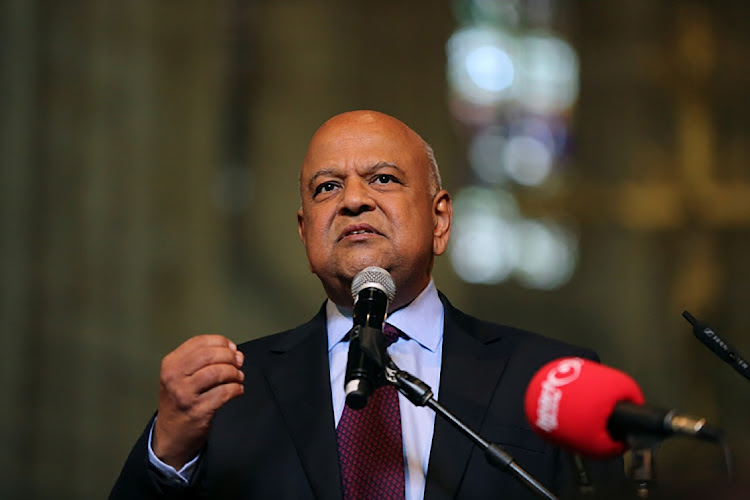 Eskom has been hit yet again by sabotage which further limits its capacity to keep the lights on.

Public enterprises minister Pravin Gordhan disclosed in his budget vote speech in parliament on Friday that a critical cable at the Hendrina power station had been cut. The cable was required to start a unit that was undergoing repairs, get it synchronised with the rest of the system and connect it to the grid. The cable had been stolen by “people working within the power station,” he said.

Gordhan said he had been informed by Eskom management on Friday morning of the sabotage which followed the cutting of cable at Tutuka power station a few days ago. Infrastructure needed to be protected against all sorts of nefarious forces, the minister said. Sabotage undertaken by syndicates was also apparent in the mixing of coal with rubbish which damaged the equipment at power stations.

Last year the Lethabo power station was hit by sabotage when the stays attached to the power pylon lines that feed electricity to the plant were cut, causing the line to trip.

Gordhan said Eskom had made significant progress in its financial stabilisation with its ebita (earnings before interest tax and amortisation) showing strong improvement for the 2022 financial year with preliminary, unaudited figures showing an improvement of more than 85% compared with the 2021 results. Debt now stood at R396bn.

He conceded that Eskom was underperforming with its generation with the energy availability factor was languishing at 58% against a target of 75%. An additional 4,000-6,000MW in generation capacity was immediately required so that the utility could undertake the maintenance of power stations.

Progress was being made with implementing the new model of governance of state owned enterprises recommended by the Presidential SOE Council which proposed a centralised shareholder model which would separate the state’s ownership function from its policy-making and regulatory functions. Gordhan said a shareholder bill would be submitted to cabinet for approval and the necessary legal documents for the establishment of the holding company were being drawn up. The council was also working on the consolidation of state owned enterprises.

To foster proactive collaboration with the private sector, Gordhan and trade industry and competition minister Ebrahim Patel planned to set up a forum in which industrialists in key sectors would join with Eskom, Transnet and other entities to advance planning and solve problems. “This will enable a better climate for investment and job creation,” Gordhan said. Establishment of the forum had been prompted by the energy and logistical challenges facing industry.

The democratic state’s security forces are meek and toothless. And the consequence is that SA’s economic backbone is now unprotectable
Opinion
1 month ago