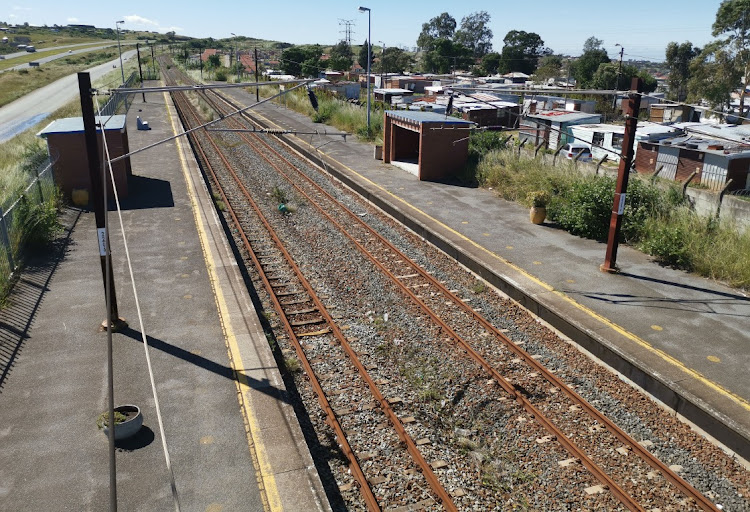 Theft of the copper electrical cables on the railway lines between Egerton and Mount Ruth station in Mdantsane in the Eastern Cape is evident in this file picture. Picture ALAN EASON

In the 1980s, those fighting to end apartheid knew that they would never succeed if they tried to fight a conventional or even a guerrilla war.

An indirect approach — making SA ungovernable — was necessary, because the apartheid state’s security forces were efficient, ruthless, and trained to suppress.

Now, the democratic state’s security forces are meek and toothless. And the consequence is that SA’s economic backbone is now unprotectable.

Nothing can be done without electricity, yet the supply is wildly unreliable. And the economy — particularly the mining, farming and timber sectors — cannot grow because of the collapse of our railways.

As with the SA Police Service, so with Eskom and Transnet: they have been crippled by a mixture of incompetence, bad policy, political interference, organised crime and corruption.

Eskom, Transnet and the Passenger Rail Agency of SA (Prasa) have said repeatedly that they cannot deal with crime on their own.

As the FM’s cover story last week on Transnet illustrates, this is a crime which has cascaded right down the supply chain, badly damaging a wide range of industries, and costing jobs.

Back in the 1950s, the Durban-Joburg rail link, part of the country’s main transport corridor, was carrying more than 100 trains a day.

Now there are days, even weeks, when no trains run at all. Those that do are often marooned by cable theft, which occurs night and day and is carried out by heavily armed gangs who roam at will. They are prepared to kill — and do.

Steal or damage a small section of rail, cabling, or power line, and an entire system can be crippled. This happens all the time

But if there’s a coherent plan to deal with this, it hasn’t been put on the table.

All of which we know. What we don’t know is the plan to stem this assault on our rail network.

There is talk of using the Sabotage Act and the National Key Points Act to better effect. But Eskom and Transnet are not Sasol. They have extremely vulnerable assets extending over long distances in a big country.

Steal or damage a small section of rail, cabling, or power line, and an entire system can be crippled. This happens all the time.

It is time to admit that, as in medieval Europe, there are large parts of SA where the government’s writ simply does not run. Brigandage, looting and sabotage are the order of the day. The crisis at Eskom and Transnet is not primarily about electricity and railways; it’s about runaway crime.

If President Cyril Ramaphosa and his cabinet were to demonstrate the same zeal in protecting our economic infrastructure as they did to prevent people buying cigarettes during Covid, we might have some hope. Instead, the fear of economic collapse stalks the land.

We all know the impact that Eskom has had on destroying SA’s economic growth, but Transnet’s abject failures have been equally corrosive
Features
1 month ago

MAT CUTHBERT: We must safeguard our infrastructure

Export economy, service delivery and public transport are hit worst by by copper cable theft and damage to rail stock
Opinion
1 month ago
Next Article