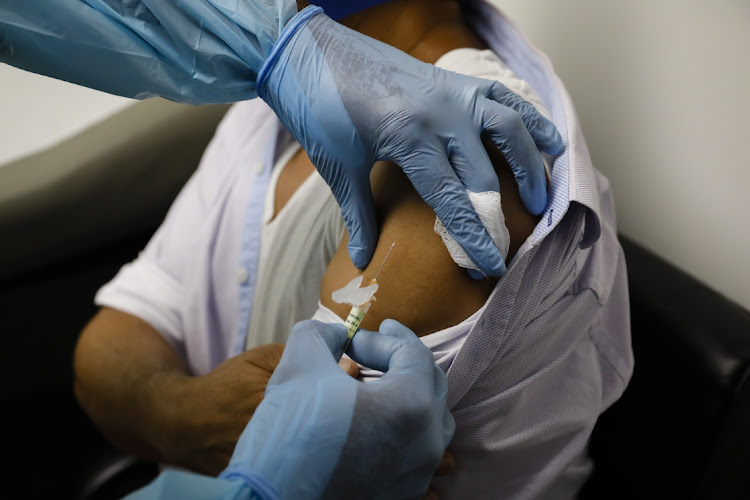 A booster dose of Johnson & Johnson’s single-dose Covid-19 vaccine was 84% effective at preventing hospitalisation in SA health-care workers who became infected as the Omicron variant spread, researchers said on Thursday.

The real-world study, which has not been peer-reviewed, was based on a second dose of the J&J vaccine administered to 69,092 health-care workers between November 15 and December 20.

An initial course of inoculation has been shown to offer greatly reduced protection against Omicron, particularly against infection. However, several studies have suggested that a booster dose still provides significant protection against severe illness.

The new SA study of the J&J shot showed that the vaccine's effectiveness at preventing hospitalisation rose from 63% shortly after a booster was administered to 84% 14 days later. Effectiveness reached 85% at one to two months post-boost.

Earlier in December, another SA-based study showed that a first round of inoculation with two doses of Pfizer-BioNTech’s Covid-19 vaccine had been less effective at keeping people infected with the virus out of hospital since the Omicron variant emerged in November.

The trial has been evaluating the efficacy of the J&J vaccine in the field after it was temporarily suspended due to concern over extremely rare cases of blood clots.

Scientists in SA first alerted the World Health Organization that they had detected Omicron in late November. The highly mutated variant has spread quickly in other countries, and is fuelling a new wave of infections.