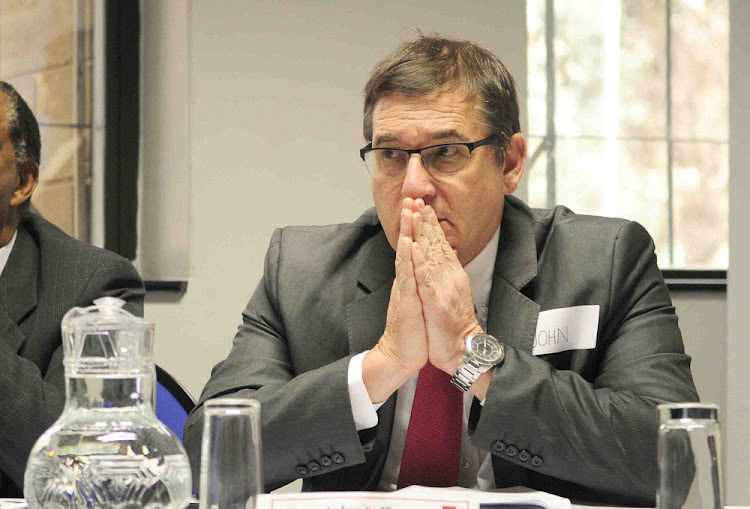 There seems to be no agreement between the executive and the judiciary over some areas of responsibility when issuing directives for the functioning of courts during SA’s lockdown, deputy justice minister John Jeffery told legal practitioners on Monday.

When asked by legal practitioners about the discrepancies in directives issued by justice & correctional services minister Ronald Lamola and the judiciary, Jeffery said: “As I said, there’s possibly not agreement between the executive and the judiciary relating to who is responsible for what.”

The deputy minister added that his understanding of the judicial functions was set out in the Superior Courts Act and included determining sittings, the assignment of judicial officers and what procedure has to be adhered to.

“We do need to engage more with the judiciary on who is doing what and respect each other and work together. I don’t know if I can take it much further than that,” he said.

His comment is the closest to an official recognition of possible tension between the judiciary and executive over regulations and directives issued to govern the courts during the lockdown.

The national lockdown was implemented in late March to curb the spread of the Covid-19 pandemic, with restrictions set to be lifted incrementally as the infection rate decreases.

The lockdown has also affected the courts. Restrictions were put in place that limited, for example, what cases could be heard.

At the beginning of April, the Mail & Guardian newspaper reported on a letter said to have been sent by chief justice Mogoeng Mogoeng to Lamola in which he raised concern about the constitutionality of some of the regulations affecting the judiciary.

Goldfields Attorneys Association hosted Jeffery during a webinar on Monday in which he addressed a wide variety of issues. These included looking into possible financial support for legal practitioners during the lockdown, as well as what exactly the industry was allowed to do during level 4 of the lockdown.

Attorney Martus de Wet, who helped explain the questions, said issues had been raised about inconsistencies. He said there was a need for uniformity in the regulations and directives as these differed in different courts.

Jeffery said there may have been some confusion and gave an example of a judge president who said no criminal matter would be heard in the high court. He also gave the example of a senior judge who had closed a court, but added that this was during level 5 of the lockdown.

Chief justice was aware of allegations against John Hlophe months before a complaint was laid, Patricia Goliath claims
National
11 months ago

In a win for the DA, the high court also orders EFF and ANC councillors to attend all council meetings unless there is a lawful reason not to
National
1 year ago

Judge John Hlophe soap opera: how hasn’t he been impeached?

The drama surrounding Western Cape judge president John Hlophe is like a long-running soap opera: sensational, interminable and even repetitive
Features
1 year ago
Next Article