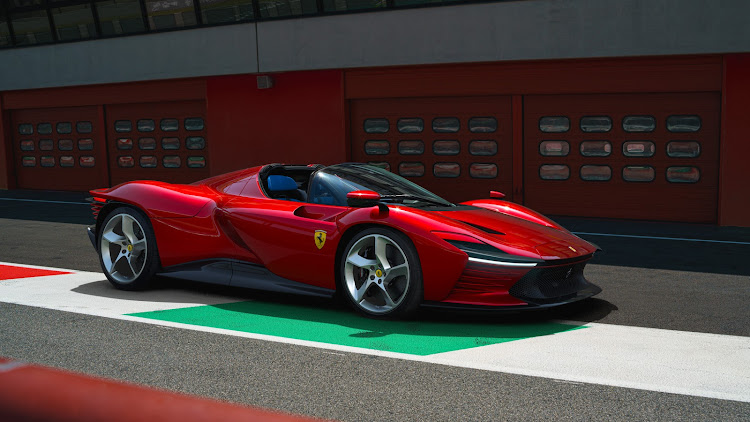 We are all getting used to active aerodynamics, electrification and increasing levels of tech, so it is something of a surprise to see Ferrari adopt a more back-to-basics approach with its new Daytona SP3.

We attended the reveal of the new model in Florence, Italy, the third of the exclusive Icona series that started with the speedster-style Monza SP1 and SP2, with SP standing for Sports Prototype.

Those first models were not road legal in many parts of the world as they had no windscreens, so the SP3 will have wider appeal. Even so, only those who own a Monza, or wanted to but couldn’t because of legislation, have been invited to buy a Daytona. Despite the €2m price tag, it seems they have all said yes, since all 599 units have been sold.

Why Daytona? Well, it has nothing to do with the Ferrari 365 GTB/4 that unofficially adopted the Daytona name. That was a front-engined GT car. Instead, the name relates to the legendary race at the famous circuit in the US where Ferrari finished 1-2-3 in 1967 to beat Ford. The car that won was the Ferrari 330 P3/4 and it has clearly inspired the Daytona SP3.

That inspiration is most obvious in the high front wings, the wraparound windscreen, cab-forward placement with removable roof and the dramatic strakes at the rear. Like the 330 P3, aerodynamics are all integrated into the design and engineering, with aeroflicks on each side of the front, perfectly placed air ducts and a wide but fixed rear spoiler.

Interestingly, there is a narrow slot in the spoiler that allows air through to reduce the 350°C heat from the exhausts and stop it from melting the brake light. 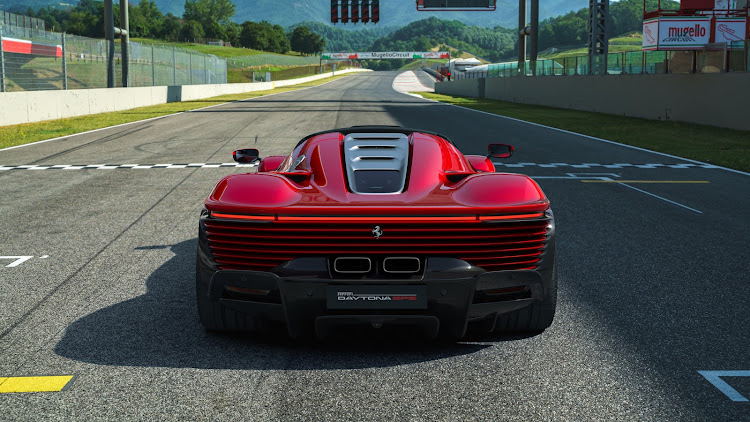 The SP3 has a removable roof and dramatic rear strakes. Picture: SUPPLIED

Under the curvaceous rear engine cover, with its cleverly sculpted air channels, sits the F140HC engine that was also used in the 812 Competizione. The naturally aspirated engine boasts an extra 7.5kW for a total of 618kW, the most powerful V12 the Maranello automaker has produced, and all that power is at a screaming 9,500rpm. Torque is 697Nm and it will sprint to 100km/h in 2.85 seconds, 200km/h in 7.4 seconds and achieve a top speed of more than 340km/h.

It all sits on the same chassis used for the LaFerrari, which has also provided the carbon-fibre tub for the interior. Here the seats are attached to the chassis itself with the ability to adjust the steering wheel and position of the pedals.

There’s minimal tech inside too, with the only obvious thing being the digital instrument cluster.

A clever panel over the top of the headlights slides away when high beams are selected. It’s not quite as cool as pop-up lights, but it’s cool nonetheless.

It’s all about going back to the origins of driving pleasure, says Michael Leiters, chief technology officer at Ferrari. It only has tech that’s necessary, with a focus instead on the basic principles of design and engineering. That’s rather refreshing in this day and age, and with the automaker concerned that the days of the V12 may be numbered, it’s clearly going to make the most of it while it still can.

Ferrari's new 296 GTB is equipped with a hybrid technology system that's kinder to the environment while it maintains the high-performance legacy of ...
Life
1 year ago

During the second half of the decade, Lamborghini plans an electric four-seater
Life
1 year ago
Next Article