During the second half of the decade, Lamborghini plans an electric four-seater 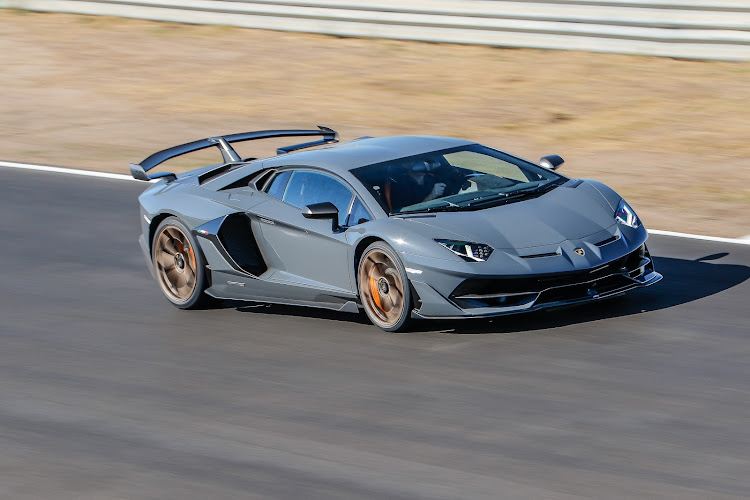 Lamborghini plans to shift current models like the Aventador to hybrid petrol-electric powertrains by the end of 2024. Picture: SUPPLIED

Detroit — Supercar brand Lamborghini plans to invest $1.5 billion to produce an entirely petrol-electric hybrid line-up by 2024, but its first fully electric model will not appear until the second half of the decade, the brand's CEO said.

Lamborghini, part of the Volkswagen Group, and other players in the rarefied market for high-performance sports cars, including Ferrari NV, Aston Martin Lagonda and McLaren, are wrestling with how to shift their line-ups to battery power without losing the visceral performance that supports their premium pricing.

Lamborghini's plan is to shift its current models — the Huracan and Aventador sports cars and the Urus sport utility — to hybrid, petrol-electric powertrains by the end of 2024, the brand’s CEO, Stephan Winkelmann, told reporters in a video briefing ahead of Tuesday's announcement.

During the second half of the decade, Lamborghini plans a new, all-electric model which will likely have seating for four, Winkelmann said. The exact design of that model has not been decided, he said, but, “in terms of the design, the sexier car is a two-door car”.

That timetable would put Lamborghini behind Ferrari, which has promised to have a battery-electric model by 2025.

Governments around the world have begun proposing deadlines as early as 2030 for phasing out petroleum-fuelled internal combustion vehicles to hit climate goals.

For makers of high-performance sports cars, abandoning internal combustion is both a technical and emotional challenge. The roaring sound of a 12-cylinder engine is as core to the Lamborghini brand as the edgy, aggressive styling of its cars or its rampaging bull logo.

On a technical level, lithium-ion batteries cannot operate for long at top speed on a track.

“We have to define what sportiness is in the new era, in the battery electric era,” Winkelmann said. “Range is the top priority. This is still something we have to work on.”

The iconic 911 will continue as a hybrid, or with a petrol engine that runs on clean e-fuels
Life
2 months ago
Next Article