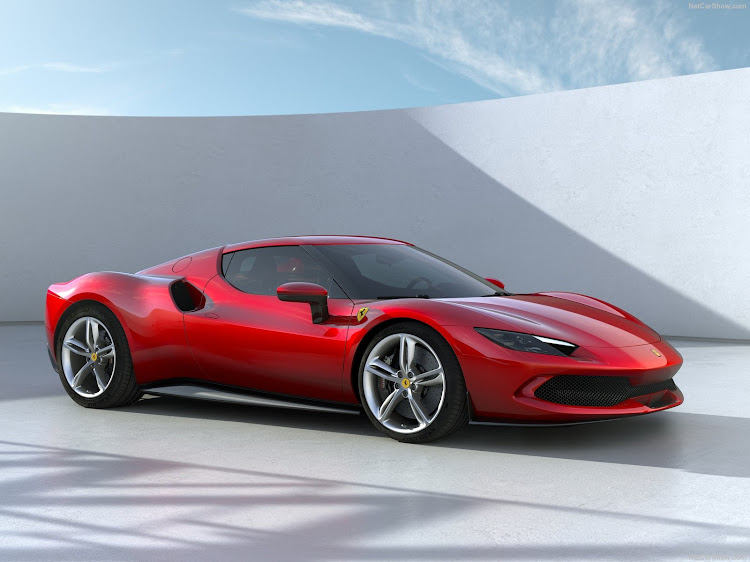 The new Ferrari 296 GTB fills the role of a modern day Dino while adhering to the eco-friendly zeitgeist of the times.
Image: Supplied

Ferrari has a new car. The 296 GTB, as it’s called, extends a long-awaited shift towards electrification for the brand, which started with the 2013 LaFerrari, a hybrid hypercar equipped with the F1-derived HY-KERS system, which combines an electric motor and a V12 motor.

In June 2019, the black-horse brand revealed a follow up when it launched the SF90, which became the first ever Ferrari to feature PHEV (Plug-in Hybrid Electric Vehicle) architecture of an internal combustion engine integrated with three electric motors.

The 296 GTB (Gran Turismo Berlinetta) ushers in another milestone — Ferrari’s first V6 engine for the road. It doesn’t replace the V8-powered F8 Tributo range, but instead complements and expands the offering with a new “bambino” that’s 50mm shorter than the F8 Tributo.

In truth, the last Fezza with a six-chamber heart was the Dino, which ended production in 1967, but this vintage chariot was categorised as a track-weapon. Thus the 296 GTB, which also reflects the name of the 1958 Dino 296 S, becomes the first-ever Ferrari for the road, with half a V12.

This new, mid-to-rear-mounted and internally-developed 3.0 V6 engine has some impressive numbers: a total system output of 610kW at 8,000rpm Max and turbos that spin up to 180,000rpm. Along with a 122kW electric motor, they drive the rear wheels through an eight-speed dual-clutch transmission. It also has a full-electric mode range of 25km at speeds of up to 135km/h.

The electric juice can be topped up through a home wallbox or public charging infrastructure and the car features typical EV protocols such as energy recuperation. 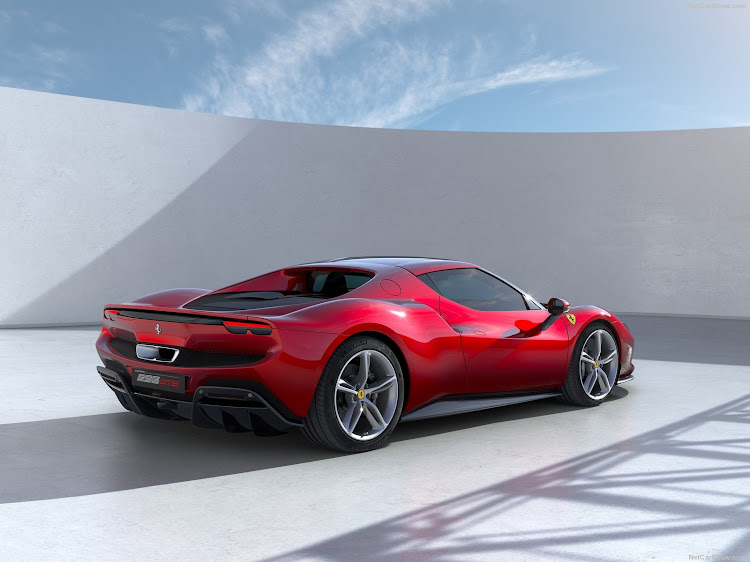 The new rear-wheel drive Ferrari styling is amalgamation of previous products. That rear end is a neater evolution of the F8 Tributo while the front has SF90 written all over it.
Image: Supplied

Ferrari says it also prioritised great poise at those speeds. The 296 GTB benefits from a lot of handling know-how picked up from some of Ferrari’s greatest hits along the way.

The 458 Speciale bequeathed it active aero tricks it introduced to the supercar handbook, while the LaFerrari inspired its active spoiler that’s integrated into the rear bumper to allow for the generation of 360kg of rear downforce at 250km/h. The Assetto Fiorano package adds lightweight features and aero modifications when optioned.

It also boasts an E-Diff,  a six-way Chassis Dynamic Sensor (6w-CDS), a new kind of ABS evo which works by compiling data gathered by the 6w-CDS that’s available from the Race mode and upwards on the “mode” selector and information from the electric power steering, cross-referencing it with the Side Slip Control (SSC) to estimate the grip of the tyres during steering inputs and speeds. This allows for further exploitation of cornering prowess while also priming rescue measures for quicker interventions should there be a need.

Inside the 296 GTB’s cockpit is an entirely digital interface while a capacitive Start Engine button and HUD (head-up display) add to enhance the “pilot passions” of Ferrari drivers.

Scuderia SA has not indicated the price and arrival date of the new car. 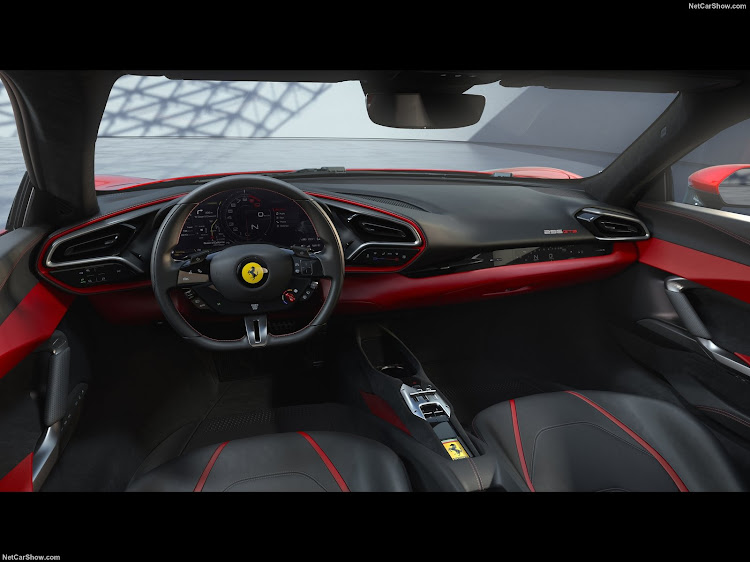 During the second half of the decade, Lamborghini plans an electric four-seater
Life
8 months ago