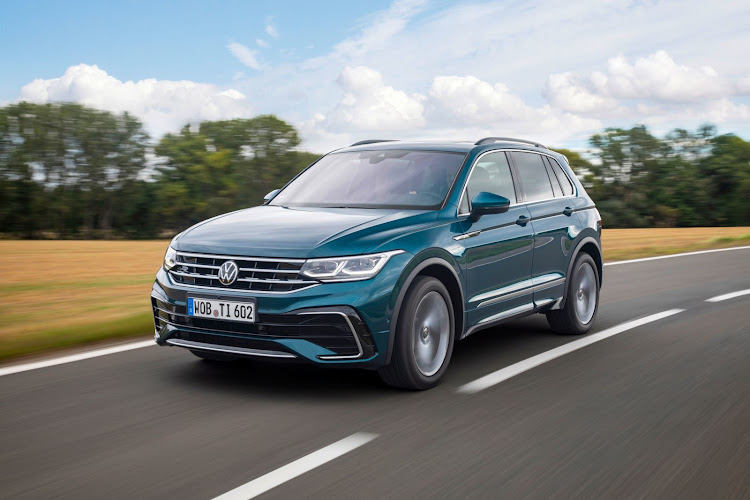 Among its updates are a sharper exterior design, updated technology and a host of new interior features. Picture: SUPPLIED

Volkswagen’s best-selling car worldwide, the Tiguan, has been given a makeover for 2021 and VWSA has announced the pricing of the line up which will go on sale here on July 1.

The facelifted Tiguan joins the T-Cross, T-Roc, Tiguan Allspace and the Touareg in VW’s SUV model range in Southern Africa. Among its updates are a sharper exterior design, updated technology and a host of new interior features.

Inside, the Tiguan acquires a new steering wheel with touch controls, and an updated aircon system with new touch-operated buttons and sliders.

As an option, audiophiles will be able to order a high-end, factory-fitted Harman Kardon system with a 16-channel amplifier, eight speakers and a subwoofer — a first for the Tiguan and the VW model range.

Driver-assistance systems include a lane-change assist and side assist that help drivers stay in their lane. The vehicle sounds an alarm to warn of frontal obstacles and applies emergency braking if the driver fails to react.

The updated range will initially be available in four petrol derivatives next month, comprises the existing 1.4 petrol turbo with outputs of 110kW and 250Nm, and a 2.0 petrol turbo in the flagship derivative wielding 162kW and 350Nm. The range-topping 2.0 TSI model gets a 4Motion all-wheel drive system, with the other variants front-wheel driven.

The 130kW/380Nm diesel derivatives will be available from the fourth quarter.

There’s also a change to the model designations, and Tiguans will no longer carry Comfortline, Trendline and Highline badging; instead they will be available in standard, Life and R-Line grades.

Though newer CX-30 steals the styling limelight, the older CX-5 is a more family-friendly vehicle
Life
1 month ago