Trending in SA: Where to stream the latest seasons of Fargo, Superstore and more 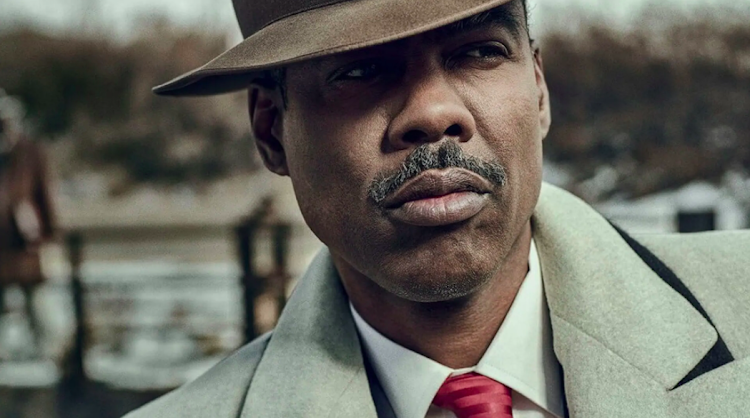 Stream the latest season of Fargo on Showmax. Picture: SUPPLIED/SHOWMAX

There’s nothing more frustrating than getting hooked on a series, only to realise that you’ve got to wait to watch the latest season.

Here’s where to stream the newest episodes of some of the shows trending in SA right now.

Just because you’ve seen one medical drama doesn’t mean that you’ve seen them all. Take New Amsterdam, for example. Yes, there are doctors and patients and surgeries not for the squeamish. But this show is biographical, based on the 2012 book Twelve Patients: Life And Death At The Bellevue Hospital by Eric Manheimer, the doctor who revamped a real-life hospital in New York.

It starts with newcomer doctor Max Goodwin (Ryan Eggold) gathering his staff members at the New Amsterdam Medical Centre, revealing he’s the new medical director. He mixes old-school beliefs with a new-school style of management, and is not afraid to ruffle a few feathers. Take note of that approach though, because you’ll quickly realise that Max is worrying about everyone but himself ... for a very good reason.

This series has quickly gathered legions of fans, who’ll be very happy to hear that both seasons are ready to binge on Showmax.

Inspired by the life of Cosmopolitan’s editor-in-chief, Joanna Coles, The Bold Type offers a glimpse into the lives and loves of three women who work at a New York magazine. Beneath the glam, this millennial-favourite drama series is the story of starting out and selling the best of your talents in an increasingly competitive industry.

The fashions are gorgeous and there's plenty of romantic intrigue but The Bold Type doesn't shy away from controversial topics. From the #MeToo movement to gun control to women's health, each episode or story arc looks at serious issues from a fresh, real angle.

The fourth season was cut short by two episodes by the pandemic — and it ends on a real cliffhanger.

Binge it all so far on Showmax

The ensemble cast is all brilliant, however, and it has relentlessly clever comedy writing topped with a big dollop of sincere friendship.

The upcoming eighth season is its last, so get ready by bingeing all seven seasons currently available on Showmax

Big box store, big belly laughs. One of the funniest shows to come to our screens in recent years is now ready to binge all the way to its fifth season and beyond. It follows employees at an American superstore (duh), and it features one of the finest ensemble casts ever.

Superstore has a 100% critics’ score for every season since season 2 on Rotten Tomatoes, and Entertainment Weekly says: “It's a riot. I live for sequences in the break room, when laugh lines pinball through the brilliant ensemble.”

Binge the first five seasons on Showmax, and catch weekly episodes of the final sixth season on DStv

Set in the same universe as the Oscar-winning film of the same name, Fargo is an anthology series that has a new story and cast each season — the stars include Ewan McGregor, Martin Freeman, Colin Hanks and Kirsten Dunst.

Binge all four seasons on Showmax

On Showmax, you’ll find plenty of other shows you won’t find anywhere else. Looking for the best of HBO? Showmax is first with the much-talked-about documentary Allen vs Farrow about the decades-old allegations of child abuse levelled at director Woody Allen. For more scandal (this time with redemption), stream Tiger, which looks at the determination that got Tiger Woods to the top, and the sex scandal that toppled him.

Science-fiction fans should check out Ridley Scott’s latest series, Raised by Wolves, about a dystopian future where androids are entrusted with bringing up baby.