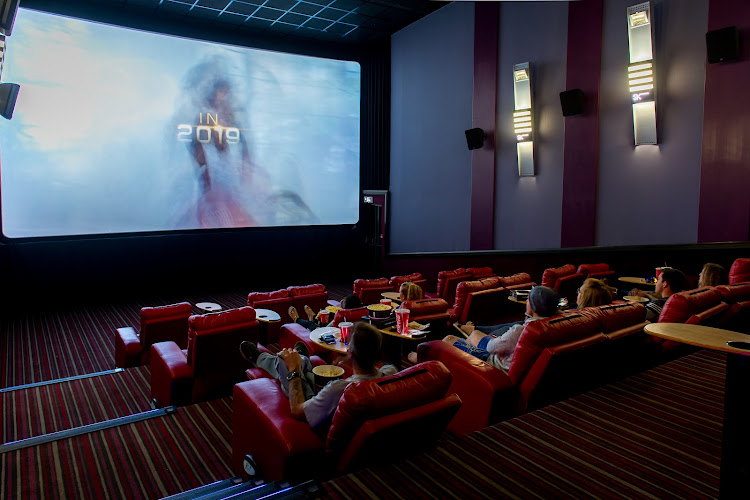 Now more than ever, people are craving a sense of community and social connections, and cinema still plays its role in bringing people together. Picture: SUPPLIED/STER-KINEKOR

Over the past century, cinema’s obituary has been written many times, but the industry has proven to be central to popular culture, and several other industries, which is why cinema now celebrates 127 years in SA.

What is the magic behind the formidable staying power of cinema? Despite our fixation with hand-held screens and home entertainment systems, the biggest and oldest screen still has an important place in our lives.

For many, cinema is drenched in the nostalgia of magical moments and milestones. The memory of the first movie you watched on the big screen. Shyly bumping hands while sharing popcorn on that first date. A family tradition of Friday movie nights. Kicking up conversation about the latest blockbuster. Escaping reality to live vicariously through someone else, somewhere else.

While the magical escapism of cinema is timeless, moviegoing is also a classic activity for creating human connections. Now, more than ever, people are craving a sense of community and social connections, and cinema still plays its role in bringing people together for a shared experience of louder laughs, bigger scares, greater thrills, and grander entertainment.

Great moments at their greatest

“When it comes to any highly anticipated blockbuster, few can dispute that it’s better on the big screen,” says Ster-Kinekor’s acting CEO, Motheo Matsau.

“And much to avid cinema-goers’ delight, 2022 is bringing countless thrilling titles to Ster-Kinekor’s screens, including The Minions: Rise of Gru, Jurassic World: Dominion, Top Gun: Maverick and Doctor Strange in the Multiverse of Madness.”

WATCH | “Cinema is Here to Stay”: Ster-Kinekor Celebrates 127 Years of Cinema in SA.

“It’s testament to the ‘staying power’ of cinema that the movie industry has been part of SA history for over a century, and that Ster-Kinekor has been giving guests ‘great moments at their greatest’ for more than 100 years (from the days of Ster and Kinekor cinemas) — and many more to come,” says Matsau.

The staying power of cinema

Ster-Kinekor has come a long way since the first movies were shown in SA, 127 years ago. The first kinetoscopes in SA were opened to the public on April 19 1895 in Herwoods Arcade on Pritchard and President streets in Johannesburg, and in 1896 at the Empire Palace of Varieties in Commissioner Street, Johannesburg.

By 1910, the first dedicated bioscope was opened in Durban. After a colourful history of theatre launches, mergers and sales, in 1970, Ster and Kinekor theatres were merged to form Ster-Kinekor, after decades of operating as separate theatres. It was also during this time, nearly a decade after the first cinema, that TV arrived in SA.

2008 was the start of Ster-Kinekor’s pioneering digitalisation, including 3D cinema — which gave rise to the box office record-breaking and one of the highest-grossing movies of all time, Avatar, in 2009.

This was followed by the launch of the multi-million downloaded app and Cine Prestige in 2012, and a huge rollout of digital projection and sound technology in 2013.

Today, Ster-Kinekor has stood the test of time (and the trials of lockdown), with 395 screens, 57,155 seats, 860 staff, 650 tonnes of popcorn and a loyalty base of more than a million across SA.

After over a century of pioneering cinema innovation, it’s no wonder that for most South Africans, the word “movies” is synonymous with the name “Ster-Kinekor”.

This article was paid for by Ster-Kinekor.