March 13 — President Volodymyr Zelensky visits an injured Ukrainian serviceman at a hospital in Kyiv on Sunday. An escalation of the war to the west with an air strike 25km from Nato member Poland brought the conflict to the doorstep of the Western defence alliance, while intense fighting was reported elsewhere. Zelensky warned Ukrainians against collaborating after Russian forces abducted a mayor in Ukraine’s southeast in what appears part of a plan to install new administrations. March 13 — Medics assist patients arriving at Novoiavorivsk District Hospital in Novoiavorivsk, Ukraine. About 134 people were wounded in a Russian missile strike on the International Centre for Peacekeeping and Security at the nearby Yavoriv military complex. At least nine died, according to Ukrainian officials. 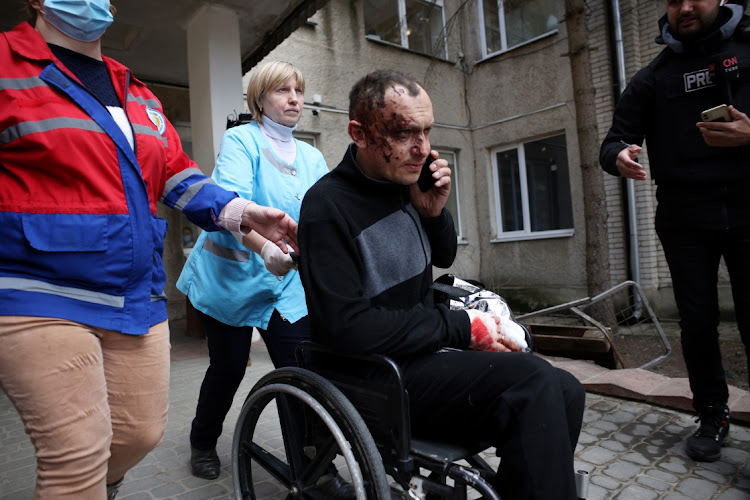 March 13 — A Ukrainian soldier walks along a trench with a Javelin missile system at a position on the front line in the north Kyiv region. 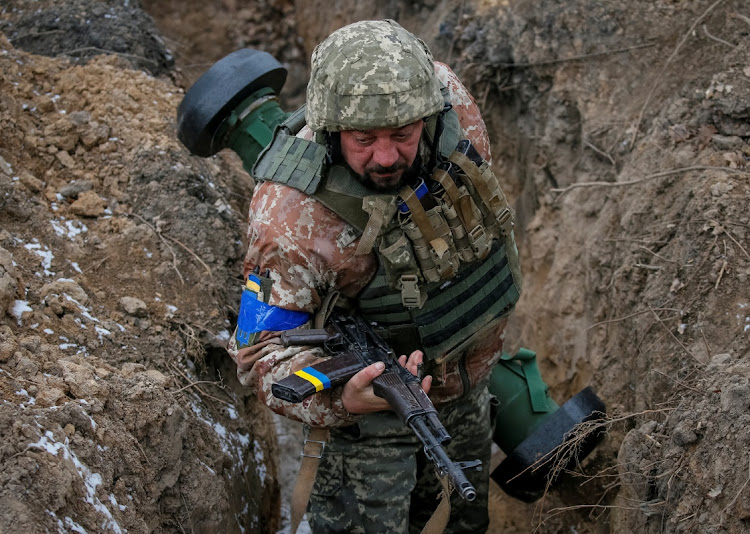 March 13 — Thousands of people protest against the war in Ukraine, in Berlin, Germany. 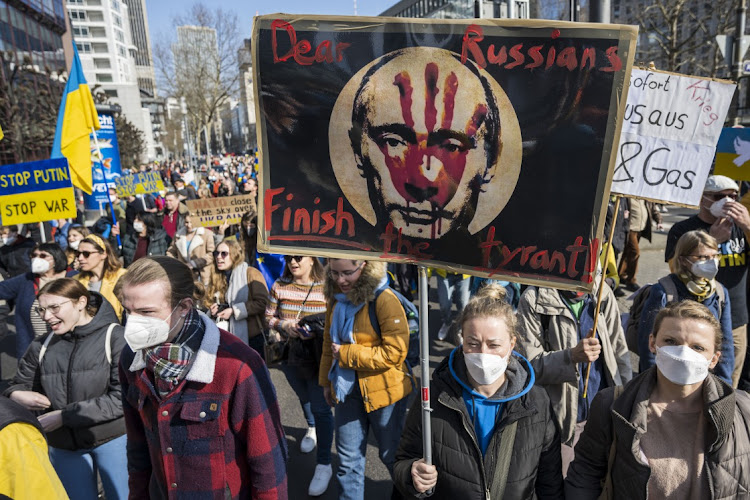 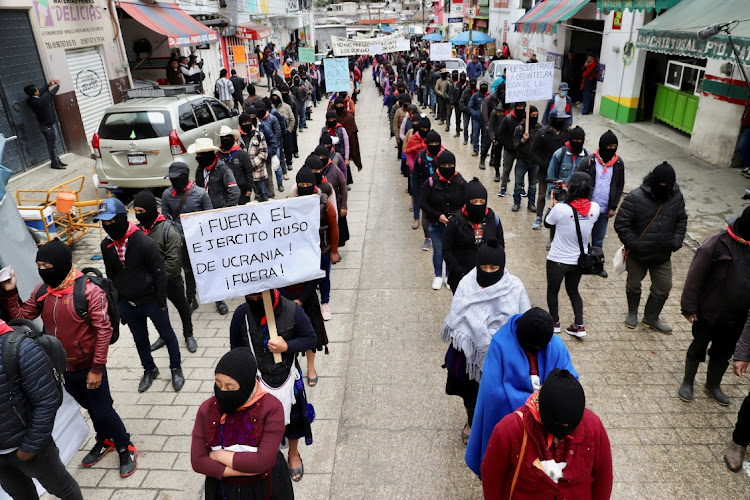 March 13 — Borussia Dortmund and Armenia Bielefeld players display a banner in support of Ukraine before the Bundesliga match at Signal Iduna Park in Dortmund, Germany. 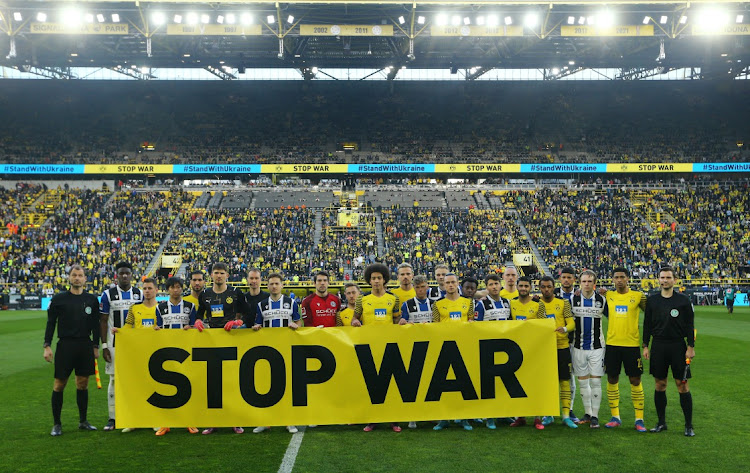 March 14 — Burnt out cars and a shattered  building in Kharkiv, Ukraine, after a Russian missile bombardment. 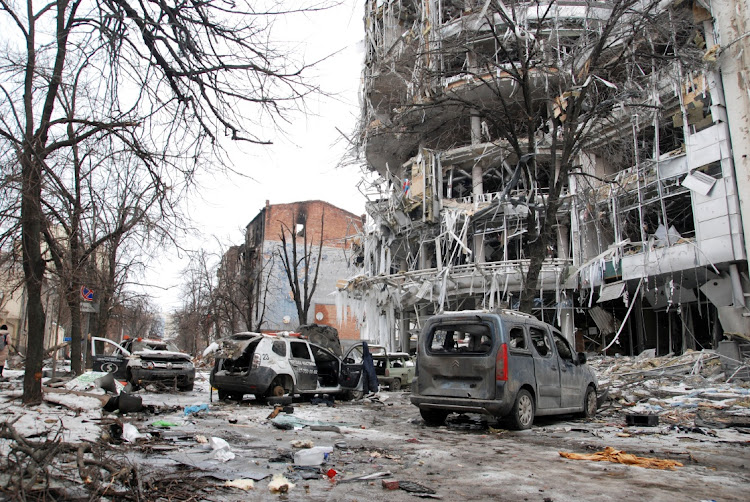 March 14 — A damaged tram is seen at a depot, amid Russia’s invasion of Ukraine, in Kharkiv, Ukraine. 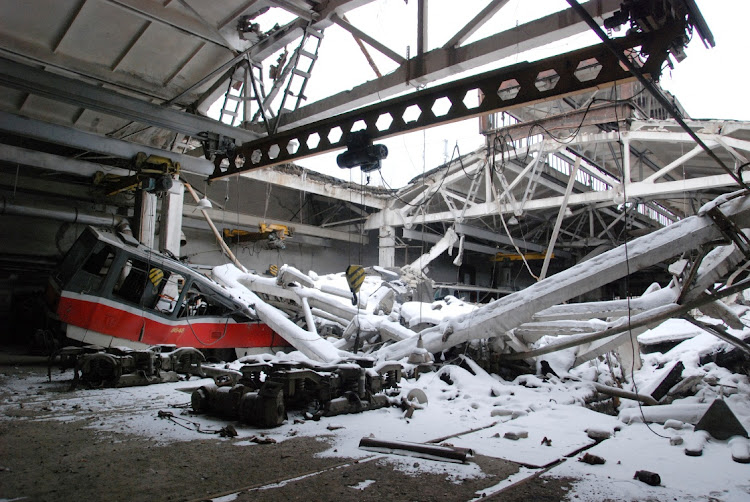 March 14 — Drone footage shows an aerial view of fire and smoke rising from damaged residential buildings after an explosion in Mariupol, Ukraine. 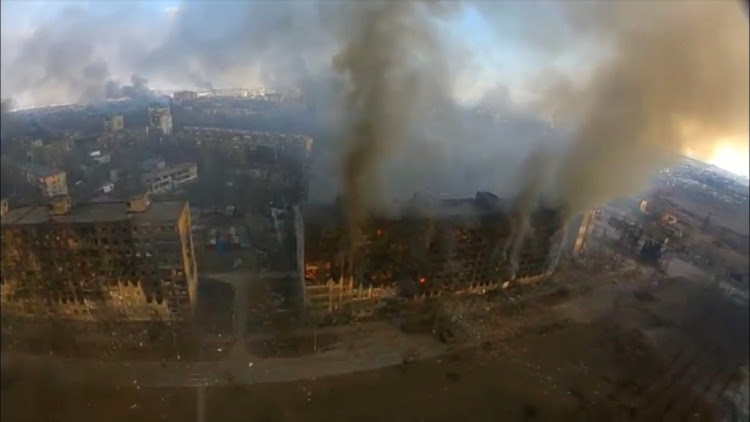 March 14 — People and medics help a wounded resident of a house destroyed by shelling as Russia’s attack on Ukraine continues, in Kyiv, Ukraine. 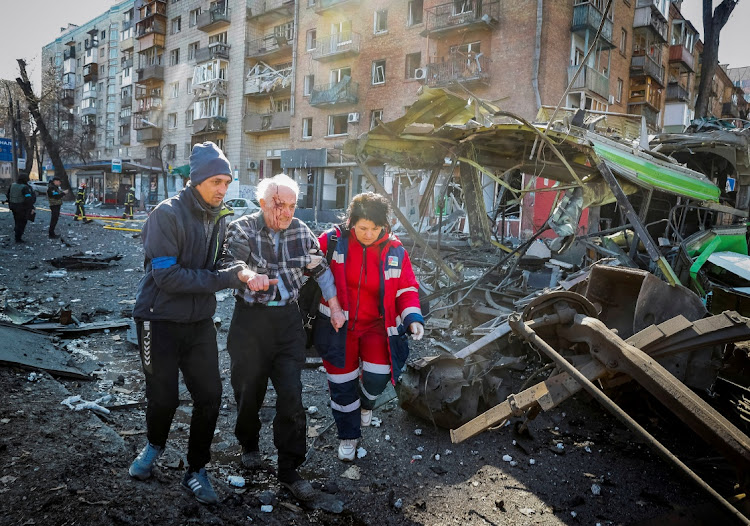 March 14 — People protesting Russia’s invasion of Ukraine occupy a mansion, reportedly owned by members of oligarch Oleg Deripaska’s family, in London on Monday. The group plan to remain there until the war is over. Reuters reports police arrested two activists who occupied a luxury villa in Biarritz, France, that they said was linked to President Vladimir Putin’s former son-in-law. 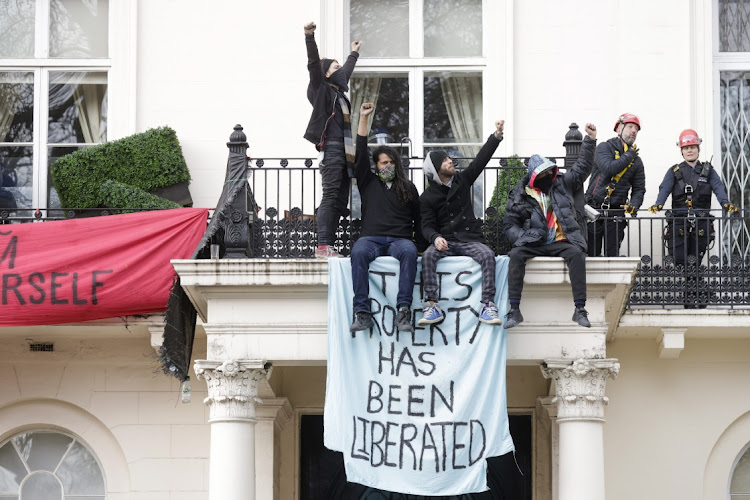 March 15 — Workers employed at Comair who are affiliated to the National Union of Metalworkers of SA march to the offices of the airline in Kempton Park on the East Rand on Tuesday. They are demanding the resignation of CEO Glenn Orsmond, after the airline’s planes were grounded at the weekend over safety concerns. 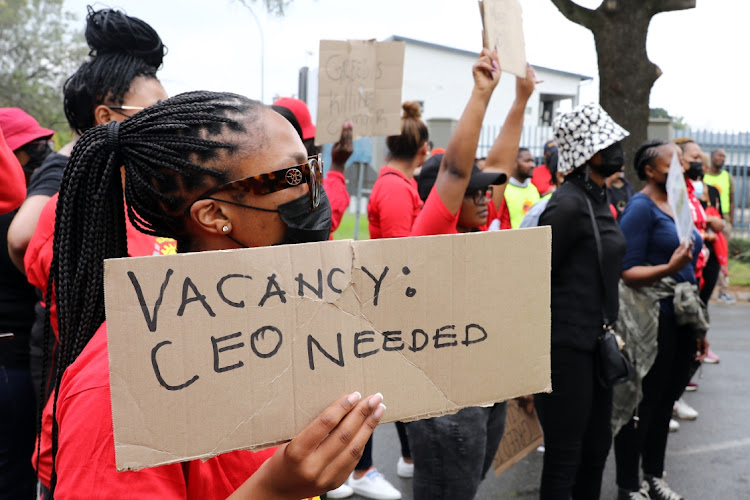 March 15 — A man shouts against President Gotabaya Rajapaksa as people block the main road in front of the president’s  offices  during a protest organised by main opposition party Samagi Jana Balawegaya against the worsening economic crisis that has brought fuel shortages and spiralling food prices in Colombo, Sri Lanka. 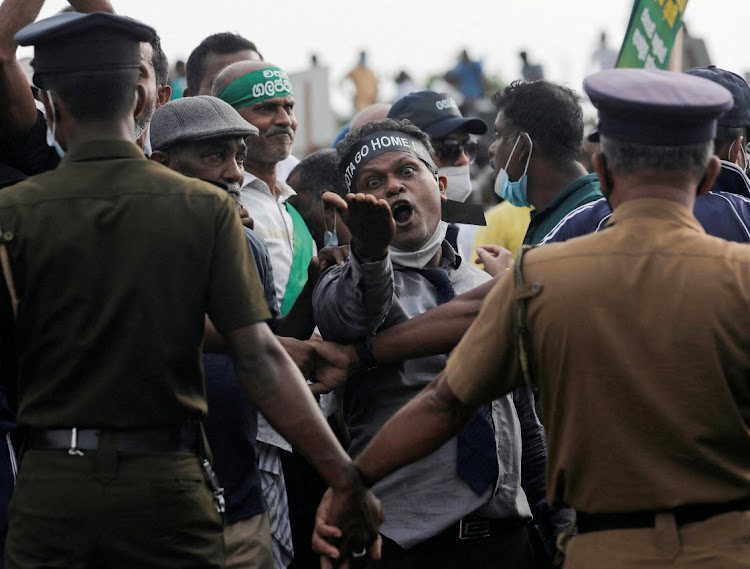 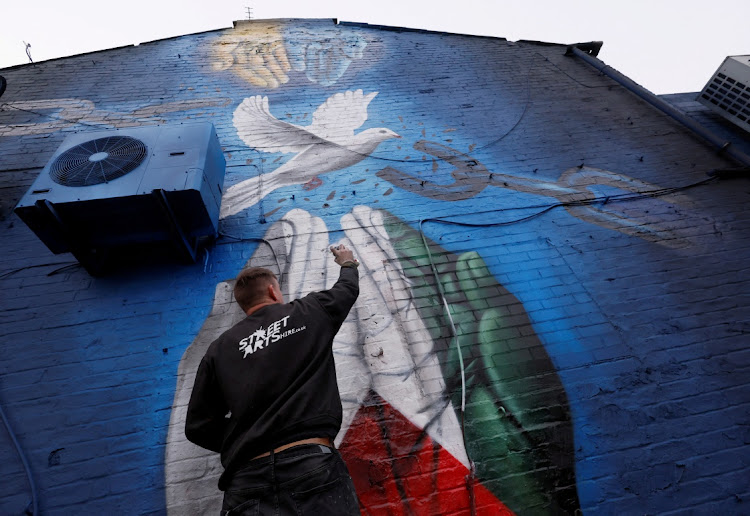 March 15 — Members of the House of Commons and Senate listen as Ukrainian President Volodymyr Zelensky, who appears on a screen, addresses the Canadian parliament in Ottawa, Ontario, Canada. 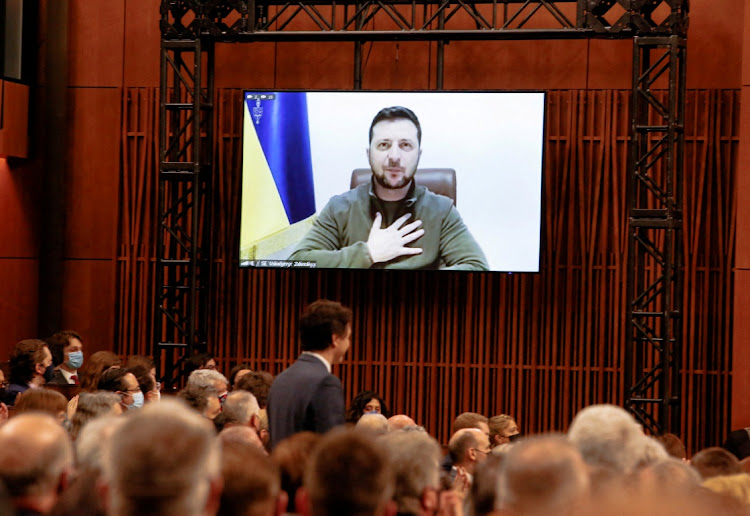 March 16 — People walk past a school damaged by shelling, as Russia's invasion of Ukraine continues, in Kharkiv, Ukraine. 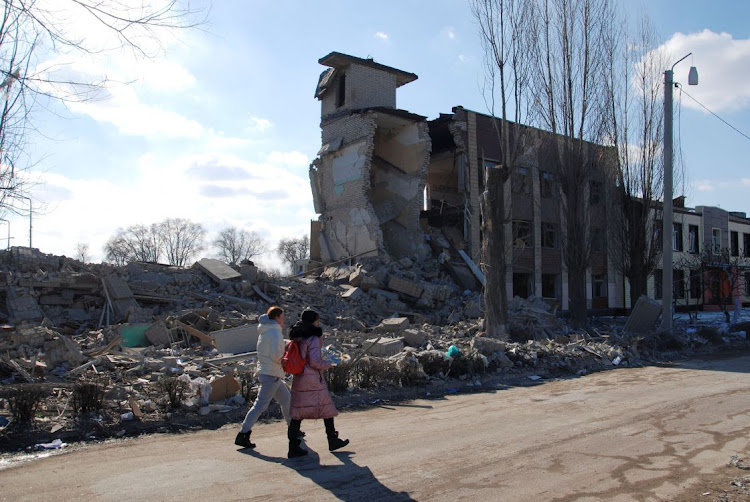 March 16 — The Donetsk Regional Theatre burns after an airstike by Russian forces in Mariupol, Ukraine. 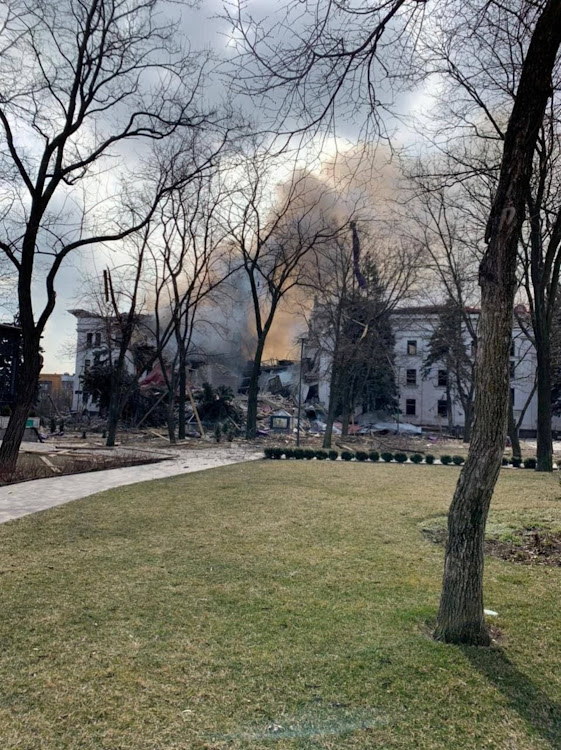 March 16 — A firefighter works at a building hit by Russian rockets in Kharkiv, Ukraine. 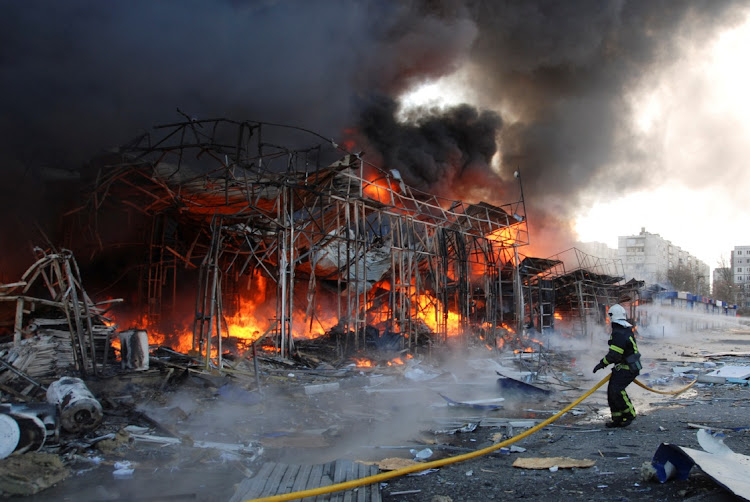 March 16 — Displaced Ukrainians and their children rest on beds inside a temporary shelter in the Korczowa Dolina shopping centre in Korczowa, Poland. 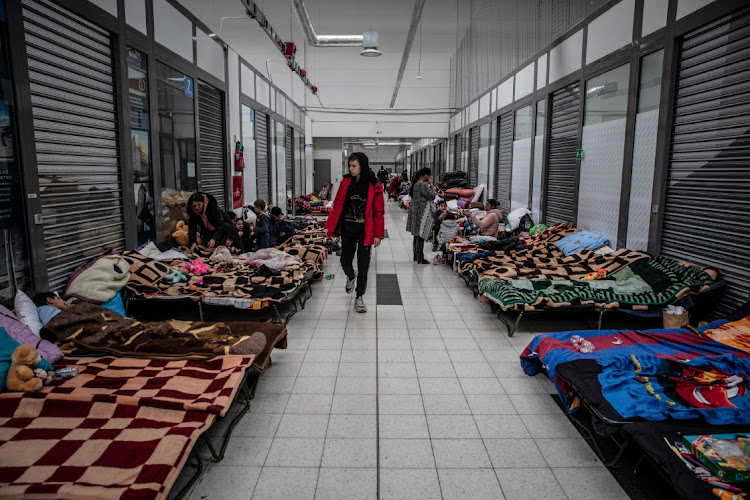 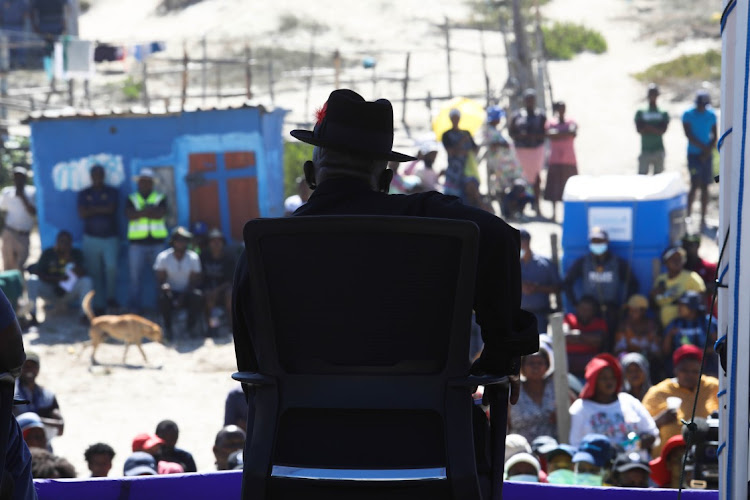 March 17 — People walk near a block of flats destroyed in the Ukrainian port city of Mariupol on Thursday. 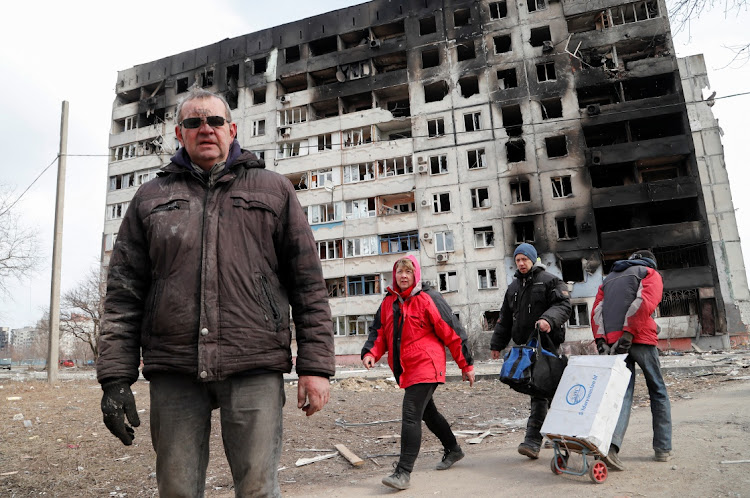 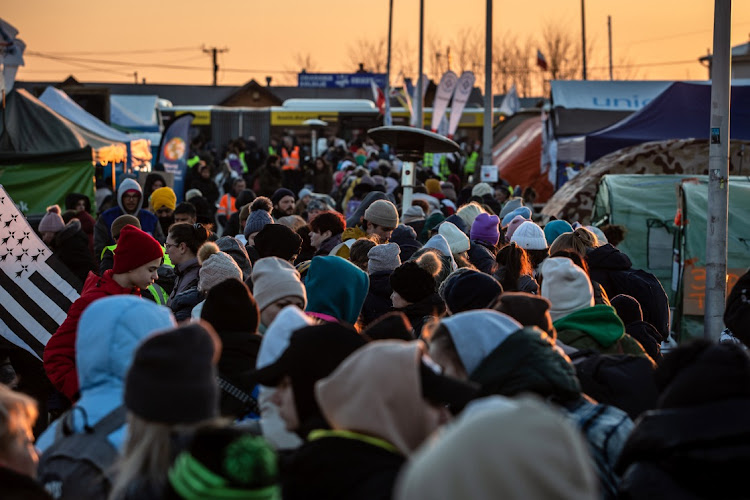 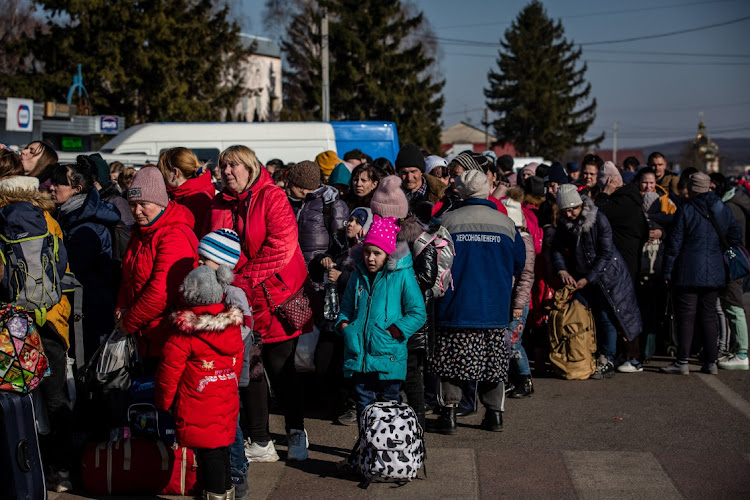 March 18 — Ukrainian refugees and their children queue to cross over into Poland via the Medyka border crossing in Shehyni, Ukraine. 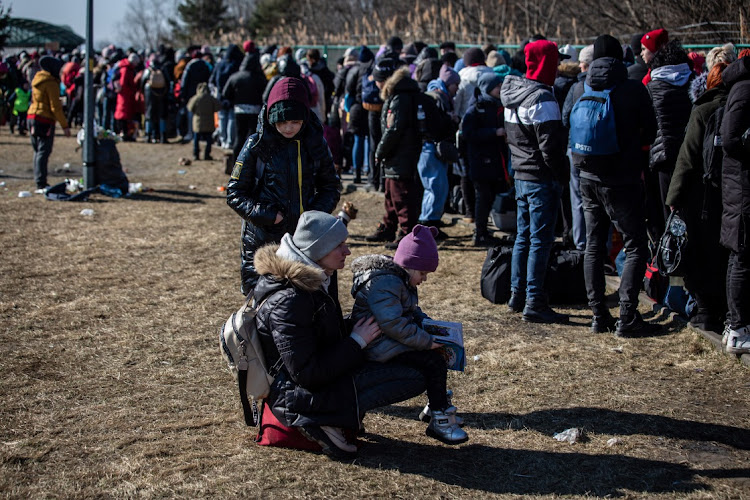 March 18 — A Ukrainian refugee with her children rests by the queue to cross over into Poland via the Medyka border crossing in Shehyni, Ukraine. 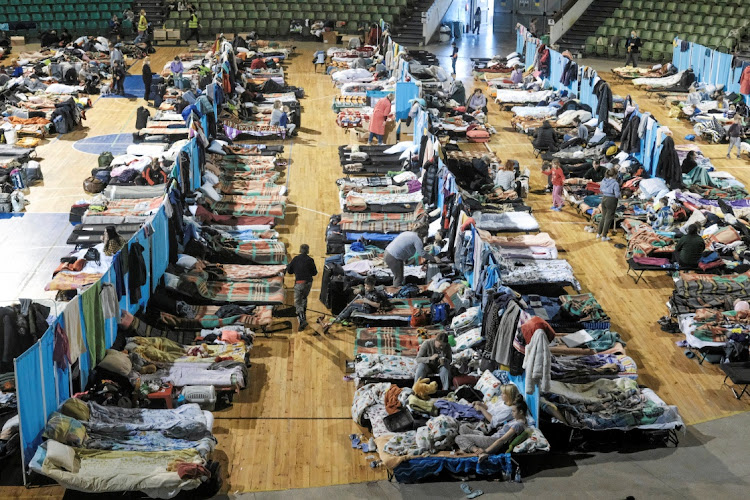 March 18 — A general view of the sports arena that has been transformed into an accommodation facility for refugees fleeing Russia’s invasion of Ukraine in Poznan, Poland.