Negotiations are under way after German payments company said it is unable to release annual report because it cannot locate €1.9bn 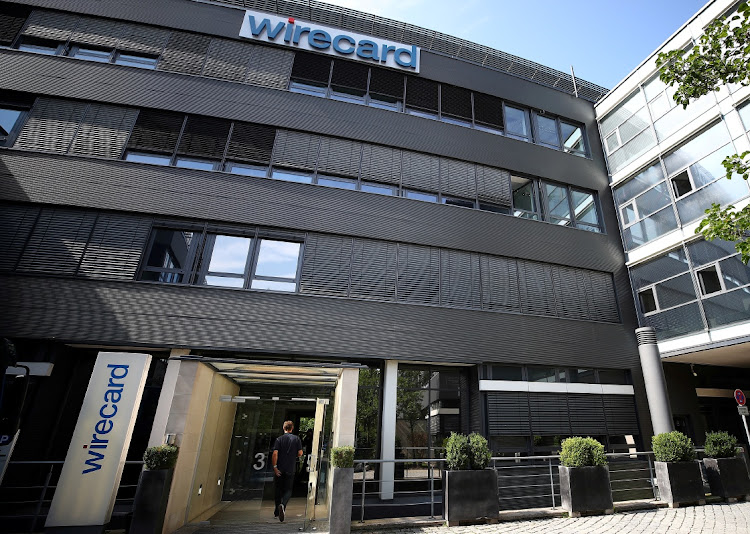 The headquarters of Wirecard in Aschheim, near Munich, Germany, September 6 2018. Picture: REUTERS/MICHAEL DALDER

Frankfurt/London — Wirecard’s lenders are demanding more clarity from the company in return for the extension of almost $2bn in financing after it breached terms on the loan, people familiar with the matter said.

At least 15 commercial lenders, including Commerzbank and ABN Amro, are in hectic negotiations about the steps to take after the German payments company said on Thursday it is unable to release its annual report because it cannot locate €1.9bn in cash, the people said.

Concerns over the missing money prompted a collapse in Wirecard shares and the departure of CEO Markus Braun, who was replaced on an interim basis by James Freis.

In an indication of the company’s worsening outlook, Moody’s Investors Service said on Friday it cut Wirecard’s credit ratings six levels, putting it one step from the lowest tier of junk. With Wirecard potentially facing a default on its debt agreement, the credit rater warned that it may lower the grade further.

Wirecard also said on Friday that it has hired investment bank Houlihan Lokey to devise a financing strategy.

Wirecard could make an announcement accepting outside monitoring and higher transparency as early as next week, and, in return, the banks may not exercise their right to call the loan, one of the people said.

The lenders are also considering hiring outside help as they seek to navigate the risk of a potentially huge default, the person said asking not to be identified discussing the private information.

Wirecard has an outstanding revolving credit facility (RCF) of €1.75bn, according to data compiled by Bloomberg. The German payments company has warned that loans of as much as €2bn could be terminated if its audited annual report is not published on Friday.

About 90% of the RCF has been drawn by the company, according to people familiar with the matter and a list detailing the RCF participation that was seen by Bloomberg.

Most of the banks are leaning towards an extension of the repayment obligation to better assess the potential impact of a default on their balance sheets, the person said. However, a prolonged extension could be seen as delaying an insolvency, which is illegal under German law.

Austrian lender Raiffeisen Bank International’s spokesperson Christof Danz said on Monday the bank has no credit exposure to Wirecard and only a “minimal” equity position.

Wirecard did not respond to a request for comment. In a separate statement on Friday the company said it is in “constructive talks” with lending banks.

Deutsche Bank chief risk officer Stuart Lewis declined to comment on Wirecard when asked about the exposure on a previously scheduled analyst call on Thursday. However, he said the bank typically hedges its exposure to companies with a low investment-grade credit rating and encouraged analysts to “draw your own conclusions.” Wirecard has a rating that is one notch away from subinvestment grade.

Moody’s had previously said that Wirecard’s ratings could be lowered to junk.

“The current findings are even more material compared to previous allegations, as they refer to the substance of available cash holdings, which had been a key credit strength of Wirecard’s previous rating,” Moody’s said in a statement on Friday.

The questions looming over the company’s financials also may trigger a “swift decline” in its customer base and transaction volumes, Moody’s said.

Wirecard’s €1.75bn revolving facility is due in June 2024. Banks in the facility include Agricultural Bank of China, Bank of China, Commerzbank, Deutsche Bank, DZ Bank, and Landesbank Baden-Wuerttemberg.

The €1.75bn revolver had about €800m outstanding previously, according to Bloomberg data. The company had sold 500-million bonds to repay part of drawn down amount in 2019.

Banks typically take and hold their revolving credit facilities’ commitments for high-grade companies that means most of Wirecard’s lenders may not have offloaded their lending risks in the company.