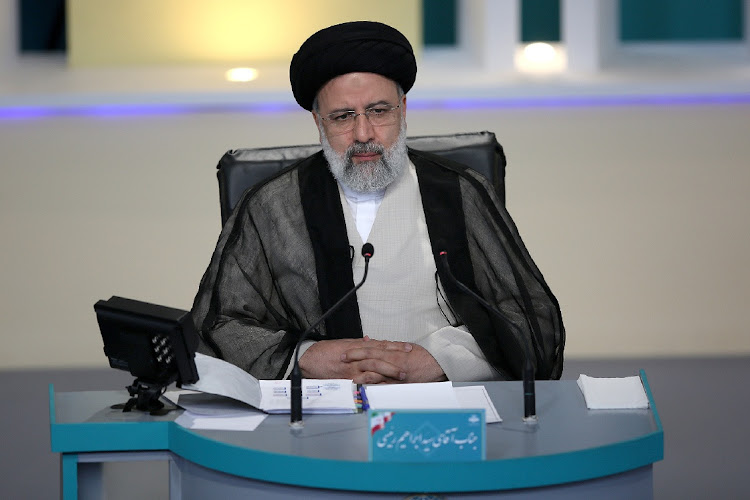 Dubai — Like many young Iranians yearning for democracy, Shirin does not believe elected officials want to deliver greater political and social freedoms, and doubts Iran’s ruling theocracy would let them even if they tried.

How many share her frustration may become apparent in a June 18 vote, when Iran holds a presidential election seen as a referendum on the Islamic Republic’s handling of an array of political and economic crises.

Official polls suggest record low participation, a prospect critics of the government ascribe to economic hardship and to a lack of choice at the ballot box for an overwhelmingly young population chafing at political restrictions.

Religiously devout, less well-off communities are expected to go to the polls and vote for the hardline front-runner, the strongly anti-Western Ebrahim Raisi, but young educated voters in towns and cities and some villages may well stay home.

After a hardline election body barred heavyweight moderate and conservative candidates from standing in the race, young urban Iranians appear united only in their weariness with a cheerless status quo.

“I want freedom, I want democracy. Iranian presidents have no authority and desire to change our lives … So why should I vote?,” said French literature student Shirin, 22, from Tehran.

Like most other young people interviewed for this story, Shirin declined to be identified by her full name due to the sensitivity of the election contest.

Under Iran’s clerical system, the powers of the elected president are circumscribed by those of the hardline supreme leader, Ayatollah Ali Khamenei, in office since 1989.

Pragmatist President Hassan Rouhani won the presidency in 2013, bolstered by the support of many women and young people encouraged by his comments that Iranians deserved to live in a free country and have rights enjoyed by others worldwide.

I want freedom, I want democracy. Iranian presidents have no authority and desire to change our lives … So why should I vote?

But critics say Rouhani, who is not permitted to run for a third consecutive term, has failed to make good on his pledges.

“I am undecided. I have always believed in voting and I voted for the incumbent president in the past two elections, said 28-year-old sales manager Sudabeh.

“But he could not fulfil his promises.”

Hundreds of Iranians at home and abroad, including relatives of dissidents killed since Iran’s 1979 revolution, have called for an election boycott. The hashtag #NoToIslamicRepublic has been widely tweeted by Iranians in the past weeks.

There is also lingering anger over the bloody suppression of a series of street protests in recent years and the military’s downing of a Ukrainian passenger plane in 2020 in what Iranian authorities said was an error.

All seven candidates — five hardliners and two low-key moderates — have been wooing youthful voters in speeches and campaign messages and have used social media to reach the 60% of the 85-million population who are aged under 30.

The ban rankles with many young Iranians. Many get around it by using virtual private networks, while insisting social media should be unblocked.

“Now that they need my vote to pursue their own political agenda, they promise unblocking the social media ban … I will not vote as long as my freedoms are restricted,” said university student Saharnaz, 21, from the northern city of Sari.

Amid growing anger over economic hardship, candidates have promised to control galloping inflation, create jobs and end the rapid fall in the value of Iran’s currency without detailing their plans.

Jamshid, 27, from the southern city of Ahvaz, was sceptical.

“No, no, and no. I will not vote. I am jobless and hopeless. They get richer. Why should I vote in a system that is the source of my miserable life,” Jamshid said.

The economy, the authorities’ biggest challenge, is beset by mismanagement and US sanctions reimposed after the US withdrew from Iran’s 2015 nuclear deal three years ago.

Prices of basic goods such as bread and rice rise daily. Meat is too dear for many, costing the equivalent of $40 per kilogram. The minimum monthly wage equates to about $215. Iranian media regularly report layoffs and strikes by workers not paid for months.

Many voters preoccupied by bread-and-butter issues said they would vote for Raisi, a Shia cleric who has been a strong advocate of Khamenei’s “resistance economy”, a project to increase self-reliance in Iranian manufacturing and services.

“I don’t care about politics. I care about my family’s daily struggle … Hemmati is the only candidate who can fix the economy,” said Dadvar, 41, a father of three in Isfahan.

Appointed by Khamenei as head of the judiciary in 2019, front-runner Raisi lost to Rouhani in a 2017 election. He is counting on poor Iranians to carry him to victory.

“Of course I will vote. It is my religious duty to vote and to choose a president who is loyal to the revolution. My vote will be a slap in the face of our enemies,” said first-time voter Sajjad Akhbari from Tabriz, a city in north Iran.