Saudi Arabia has announced repeated unilateral — but partial — ceasefires in Yemen since 2015, but they did not last 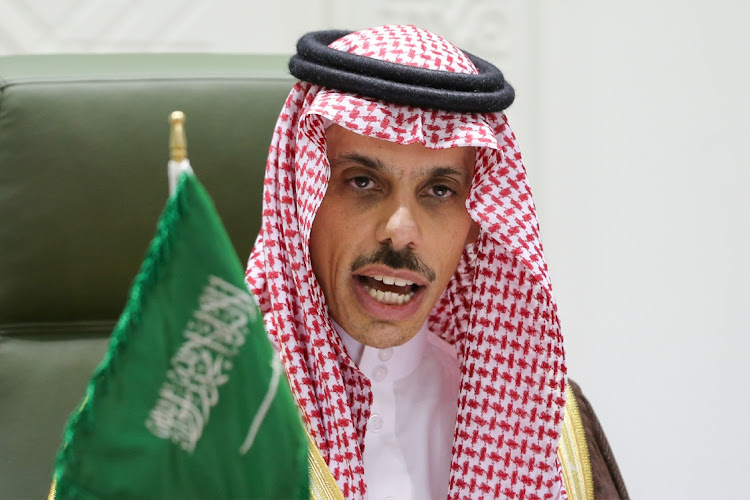 Riyadh — Saudi Arabia proposed on Monday a series of steps to end the years-long war in Yemen, including a comprehensive ceasefire to begin once Houthi fighters accept the initiative. The group appeared to reject the plan.

The move follows an escalation in drone and missile attacks by the Houthis on the energy infrastructure and airports of the world’s largest oil exporter. The offensive, including an assault on a Saudi Aramco refinery in the capital Riyadh on Friday, has raised concerns over the risk of a broader conflagration in a region key to crude production and shipment.

US President Joe Biden has vowed to end the conflict in Yemen, ceasing sales of offensive weapons to Saudi Arabia, removing the Houthis’ terrorist designation to facilitate the delivery of humanitarian aid, and pushing for a negotiated settlement.

As well as a comprehensive ceasefire under UN supervision, the Saudi plan calls for depositing taxes and customs revenue from ships carrying oil to Hodeidah port into a joint account of the central bank, the limited reopening of the international airport in the Yemeni capital Sana’a, and the start of UN-mediated peace talks.

“We want the guns to fall completely silent — that is the only thing that can really help us get to the next step, which is a political process and resolution that can make Yemen safe and secure,” Saudi foreign minister Prince Faisal bin Farhan said in Riyadh. “The time frame is up to the Houthis now.”

A Houthi spokesperson immediately downplayed the significance of the announcement, calling it “nothing new”. The UN has been intensively pushing a similar plan along with the US.

Saudi Arabia has announced repeated unilateral — but partial — ceasefires in Yemen since it began a bombing campaign in the neighbouring country in 2015, but they did not last. Peace efforts mediated by the UN and others have also failed to take hold.

Shortly after the Saudi announcement, the US said secretary of state Antony Blinken had spoken with the Saudi foreign minister about Yemen. The two men discussed supporting UN and US efforts to end the conflict “starting with the need for all parties to commit to a ceasefire and facilitate the delivery of humanitarian aid”, according to the state department.

The Houthis, who UN experts say have received Iranian support, have been fighting Yemen’s internationally recognised government since 2014, capturing Sana’a and parts of the country. A Saudi-led coalition intervened the following year on the side of the government, beginning a bombing campaign that’s contributed to what the UN has called the world’s worst humanitarian crisis.

Fighting has intensified as the diplomatic efforts have gained momentum, however, with the rebels pushing to capture the strategic city of Marib, an energy-producing area and government stronghold.

A recent increase in Houthi attacks deep inside Saudi Arabia itself comes as Biden clashes with Iran over how to revive a 2015 accord that was designed to curb the Islamic Republic’s nuclear programme. Saudi officials argue that Iran is using the Houthis to pressure the US.

“Iranian interference is the main cause of the prolonged crisis with Yemen,” Prince Faisal said, noting that the Houthis “didn’t take advantage of” previous ceasefires proposed by the kingdom.

The Houthis claimed three attacks on Saudi energy installations this month, in the most serious escalation since a missile and drone attack on a major processing facility in Abqaiq in 2019 briefly knocked out about half the kingdom’s oil production.

The offensive has prompted Saudi Arabia to seek more help from the US and other allies to thwart near-daily attacks. As well as Friday’s attack on the 120,000 barrels-per-day refinery, the Houthis have also claimed strikes on the world’s biggest oil-export terminal of Ras Tanura and on a fuel depot in Jeddah.

US Special Envoy to Yemen Timothy Lenderking has visited the region twice since his appointment by Biden, and said this month that he’d presented the Houthis with a comprehensive plan to end the war.

The Houthis say that they will not agree to talks unless Saudi Arabia lifts its air and sea blockade and implements a full ceasefire first. They repeated those demands Monday. Saudi officials say there is no blockade.

“Any stands or initiatives that do not take into consideration that Yemen is under an aggression and blockade for six years, and do not differentiate between the humanitarian aspect and any military or political deal, and do not lift the blockade, are not serious and contain nothing new,” Houthi spokesperson Mohammed Abdulsalam said on Twitter.

The kingdom has communicated directly with the Houthis about the proposal, Prince Faisal said at a press conference on Monday.

“What we have heard so far is only more and more demands,” he said.