Here are details of the case and what is at stake for former chair of Renault, Nissan and Mitsubishi 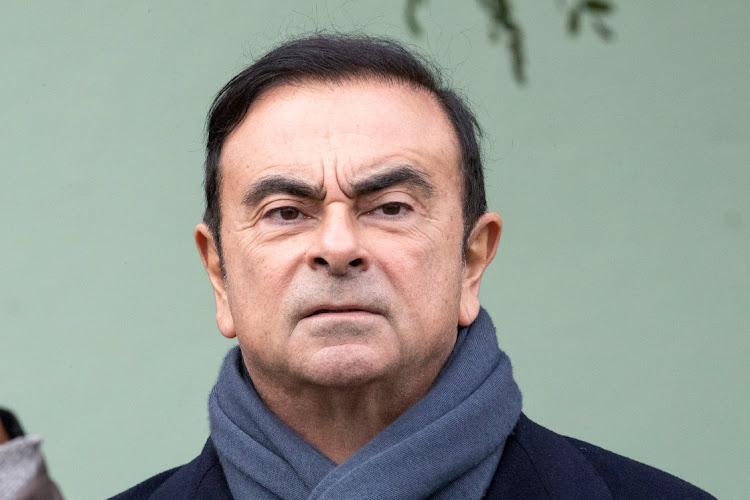 Since Carlos Ghosn’s dramatic escape to Lebanon a year and a half ago to avoid trial in Japan, his main legal risks have shifted to France, where the former car executive is accused of siphoning Renault funds to pay for a yacht and his wife’s birthday party.

Starting on Monday, a delegation of French investigators are due to interrogate the former chair of Renault, Nissan Motor and Mitsubishi Motors in Beirut. Here are details of the French case and what’s at stake for him:

Where is it happening?

Ghosn’s interrogation is due to take place at the Grand Hall of the Criminal Court of Cassation on the fourth floor of the Justice Palace. The hall is one of the biggest to fit the many lawyers and investigators who will attend the hearing and will include Lebanese prosecutor Imad Qabalan. French investigators are due to stay in Lebanon for a week.

Why isn’t Ghosn travelling to France?

Even though France doesn’t usually extradite its nationals, Ghosn may well have been in jeopardy on the way there from Lebanon. One potential nightmare scenario for him would have been the rerouting of his aircraft mid-flight to a country that has an extradition treaty with Japan.

While rare, it isn’t unheard of for French investigative magistrates to travel abroad to interrogate suspects and it won’t be a first for Serge Tournaire, who is leading part of the Ghosn investigation. Two years ago, Tournaire went to Djibouti to interrogate and charge a former banker caught up in a probe focusing on alleged covert Libyan funding for Nicolas Sarkozy’s victorious 2007 presidential campaign.

What exactly is Ghosn accused of?

French authorities are investigating the former car executive’s interactions with a car distributor in Oman and spending on events and trips that may have been personal, as well as payments made by a Dutch subsidiary of Renault and Nissan to consultants.

Many of the suspicions weighing upon Ghosn stem from information given by Renault to prosecutors, including a warning about payments worth millions of euros made to car dealer Suhail Bahwan Automobiles. Some of the money may have been used to pay for the family’s yacht and to fund the start-up company of his son Anthony. Ghosn has denied these accusations.

Parties at the Versailles Palace will also feature prominently, with questions about an event that took place on Ghosn’s sixtieth birthday and the celebration of his wife’s fiftieth birthday.

Ghosn conceded in a TV interview last year that he may have made “a mistake” in accepting a proposal by the palace to use a hall free of charge to celebrate his wife’s birthday. But he added that he was never told that the gift was deducted from credit Renault earned by being a sponsor.

The last set of allegations concern consultant payments made to French politician and lawyer Rachida Dati and security expert Alain Bauer. But both Dati and Bauer have already been interrogated by investigative magistrates in France and neither of them was charged.

What happens at the end of the questioning?

If Ghosn is convincing, maybe nothing will immediately happen or he could be named a material witness, which is an intermediate status.

Things could get awkward for Ghosn if the magistrates go for another option and decide to issue an arrest warrant. That might make it trickier for the former Renault boss to influence the investigation as he would probably not have access to documents in the case file.

If the accusations stand, how would a French trial play out?

Whether or not Ghosn is charged, the investigation will continue. It is only at the very end of the probe that investigative magistrates decide who should face trial. Complex French investigations typically take years to be concluded.