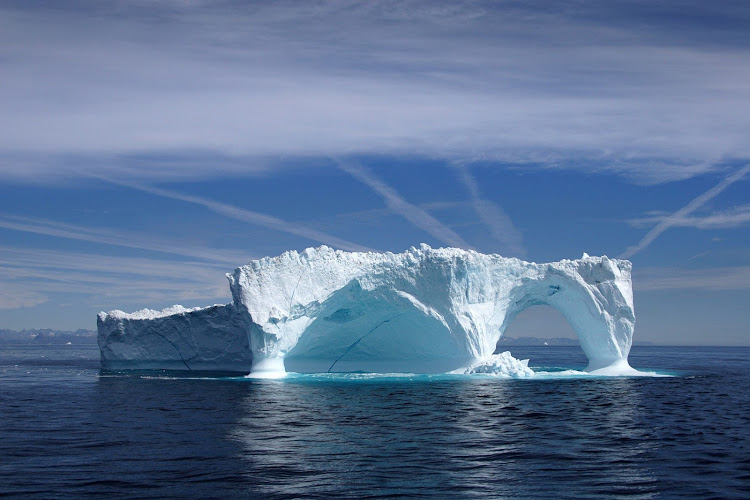 Schiers — As a scientist counts down “3-2-1”, five neon-coloured orbs are lowered from a helicopter hovering overhead and released. The orbs barrel down the Swiss mountain, toppling beech and spruce trees as they pick up speed.

These “test rocks” — the heaviest weighing 3,200kg — are part of research aimed at understanding the growing risk of rockfalls around the world. As climate change warms high-altitude mountain regions, boulders and rocks long frozen into place are being loosed and tumbling downslope.

“All of this is going in one direction: more unstable,” said Christian Huggel, a glaciologist at the University of Zurich who was not involved in the mountain experiments. “It’s getting more dangerous, and especially more dangerous if you have massive investments in hazard-prone areas.”

The world was horrified in February, when a hunk of rock and ice broke from a Himalayan peak and swept down the mountain, killing more than 200 people and wiping out a hydroelectric dam in its path.

“Where a rock will land, how it will bounce, how high it will jump, we can answer all that,” said physicist Andrin Caviezel, one of the scientists tracing the cartoon-coloured orbs down SchraubachtobelmMountain, near Switzerland's eastern border with Liechtenstein.

Though the team’s test rocks started from the same spot, they each took a different path. The orange orb got trapped behind a tree stump. The pink one broke through a stone barrier to land, chipped and battered, in a stream bed.

“We took bets on whether they would get stuck or not,” Caviezel said, laughing. “I lost.”

Over three years, the team from the Swiss Federal Institute for Forest, Snow and Landscape Research has hurled their faux boulders down different mountains hundreds of times, gathering data for a computer simulation aimed at estimating a boulder’s landing spot to within a metre.

“But we will never answer the ‘when’," Caviezel said. “That was never in our model.”

One night in July 2018 made Valais canton resident Robert Sarbach feel helpless — and terrified. Under a heavy downpour, a chunk of Ritigraben rock glacier broke away, sending waves of debris down to the valley below.

“It was intense and emotional,” Sarbach recalled. “In the night you can see nothing. But you can hear the stones falling, and the water. And you smell the earth.”

Scientists do not have much data on rockfalls, partly because they often happen in remote regions where few people live. New technologies are helping to detect more of the bigger rockfalls, though.

That type of technology could help detect disasters in the Himalayas, where many of the countries have fewer resources for search and rescue, said David Petley, an earth scientist at the University of Sheffield who maintains a blog on landslides.

“In Switzerland, authorities would probably mobilise all resources to help you,” Petley said. “In Nepal, you are probably on your own.”

Still, for years evidence has suggested that landslides are already becoming more frequent. One 2012 study by Huggel and colleagues published in Geology Today found a “strong increase” in the number of Alpine rock slope failures coinciding with warmer temperatures from the 1980s onward.

But permafrost covers only about 4% of Switzerland’s area, which limits the country’s rockfall exposure. In Alaska, where nearly 85% of the land contains some amount of permafrost, the danger may be higher.

One area of Alaska’s Saint Elias Mountains that typically sees six rock avalanches a year on average had a total of 41 during the unseasonably warm years of 2013-2016, according to a 2020 study published in the journal Frontiers in Earth Science.

Of particular worry are the US state’s coastal mountains, where a mass of rocks falling into the water can trigger big waves. The collapse of a mountain face at Taan Fjord in 2015 dumped a mass of rock into the water, unleashing a 193m tsunami in the Gulf of Alaska’s Icy Bay, according to the US National Park Service.

No-one was injured, but the event raised alarms about such events occurring in the more heavily trafficked areas of Prince William Sound, visited by cruise ships and other vessels.

“That is the worst-case scenario that haunts me a little bit,” said Ronald Daanen, a geohydrologist with the Alaska Division of Geological and Geophysical Surveys.

That climate change is also altering precipitation patterns can raise danger levels. Where frequent snowfall once replenished the ice caps, heavy rain might fall instead. That water can further eat into icy areas and trigger landslides.

On the lower slopes of Switzerland’s Meretschihorn mountain, one couple had to be evacuated five times last year. Fearing a large rainfall-induced debris surge, officials are negotiating to permanently remove them from the risky area.

“We are not prepared” around the world for this risk, said Marta Chiarle, a geologist at Italy’s National Research Council. “My impression is still that we are not taking this seriously.”

‘Glacial darkening’ at a rapid pace is melting the world’s ice, quickly

‘Glacial darkening’ at a rapid pace is melting the world’s ice, quickly