Draghi for the moment lacks a parliamentary majority, with several political groups saying they first want to see what his programme looks like 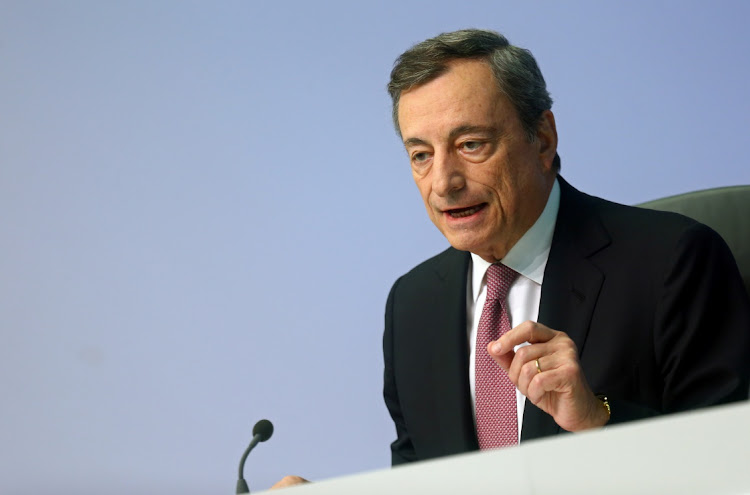 Former Italian prime minister Matteo Renzi, whose political manoeuvring brought down the country’s last government, is confident that Mario Draghi can form a new administration as soon as next week.

Renzi, head of the small, centrist Italy Alive party, told Bloomberg Television’s Francine Lacqua that the former governor of the European Central Bank (ECB) is “the right man in the right place” to tackle the coronavirus pandemic and the country’s severe recession.

“Mario Draghi is the best man to be prime minister, he saved Europe, he will save Italy,” said Renzi, who ditched the coalition led by Prime Minister Giuseppe Conte on January 13. “Draghi will have a vote of confidence probably next week and will be able to write a recovery plan.”

Draghi was expected to start a first round of talks with parties on Thursday afternoon after President Sergio Mattarella asked him on Wednesday to try to form a new administration.

Draghi for the moment lacks a parliamentary majority, with several political groups saying they first want to see what his programme looks like. He has highlighted the pandemic, the country’s vaccination campaign and a relaunch of the economy along with the EU’s recovery package as his priorities.

In addition to Italy Alive, Draghi can count on support from the centre-left Democratic Party, the second-biggest force in Conte’s former alliance, and centrist, pro-European groups.

Matteo Salvini, leader of the anti-migrant League, the biggest party in the centre-right bloc, has left the door at least slightly ajar for a Draghi government.

The Five Star Movement, the parliament’s largest party, could shift at least in part toward Draghi. Five Star has “a duty” to take part, listen and then take a position after talks with the premier-designate, outgoing foreign minister Luigi Di Maio said. “It is precisely in these circumstances that a political force shows it is mature.”

Vito Crimi, Five Star’s political leader, has ruled out supporting Draghi, but several legislators are pressing their party to back him.

Mario Draghi may be Italy’s next prime minister

Draghi ended his eight years as the helm of the ECB in 2019, and he’s kept pundits guessing on whether he would consider a role in Italian politics
World
7 months ago
Next Article