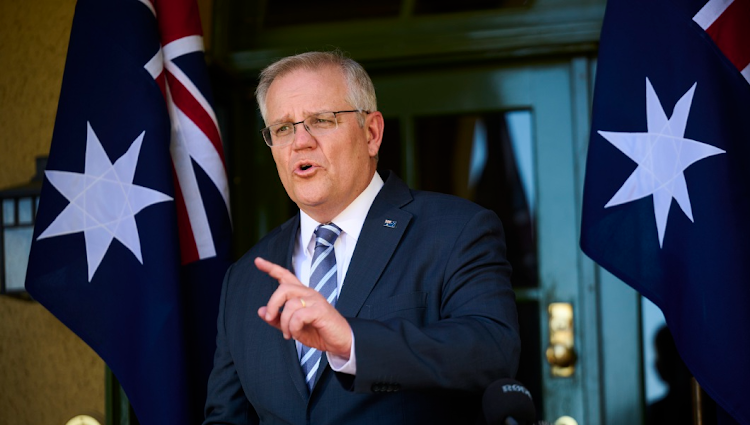 The reef, one of Australia's best-known natural attractions but under threat from global warming, has been a lightning rod for criticism of the ruling conservative coalition’s support for fossil fuels.

Morrison, already under pressure over his handling of the country’s worst Covid-19 outbreak fuelled by the Omicron variant, said the investment will help protect about 64,000 jobs in Queensland that depend on the reef.

The northeastern state will be a major battleground when Morrison goes to the polls by May, seeking a fourth consecutive term for his party. His conservative coalition holds 23 of the state’s 30 lower house seats in parliament.

“We are backing the health of the reef and the economic future of tourism operators, hospitality providers and Queensland communities that are at the heart of the reef economy,” he said in a statement.

The additional funding to be used over the next nine years will add to an existing A$2bn package designed to shield the reef from environmental threats over the next three decades.

Made up of more than 3,000 individual reefs stretching for 2,300km, the Great Barrier Reef has lost more than half its coral over three decades with marine heatwaves triggering three major bleaching events in the past five years.

More than half of the new funds will be used to improve water quality by preventing land erosion and limiting nutrient and pesticides runoff from farms. The rest will be used to target invasive species and for monitoring systems.

Environmental group Greenpeace said it was “astounding” to see the government planning to allocate more funds while ignoring climate change.

Morrison has steadfastly ruled out tougher action on greenhouse gas emissions, arguing it would cost jobs, and has ruled out strengthening Australia’s 2030 emissions target.

Opposition Labor described the funding as an election stunt.

“The government has left tourism businesses in far north Queensland in the lurch, now with five minutes to an election campaign, they want to pretend they care,” shadow treasurer Jim Chalmers told reporters.

The reef came close to being listed as an endangered World Heritage Site by the UN last year. After intense lobbying  by Australia, the UN panel deferred a vote until early 2022.

Government has rejected demands for tougher action on preservation, saying it is already has a A$3bn investment programme
World
9 months ago

Australia prevents Reef from being listed as in danger due to climate change ...

Australia prevents Reef from being listed as in danger due to climate change ...