No instructions were given, but clerics see it as Beijing’s strongest bid yet to influence the postcolonial church 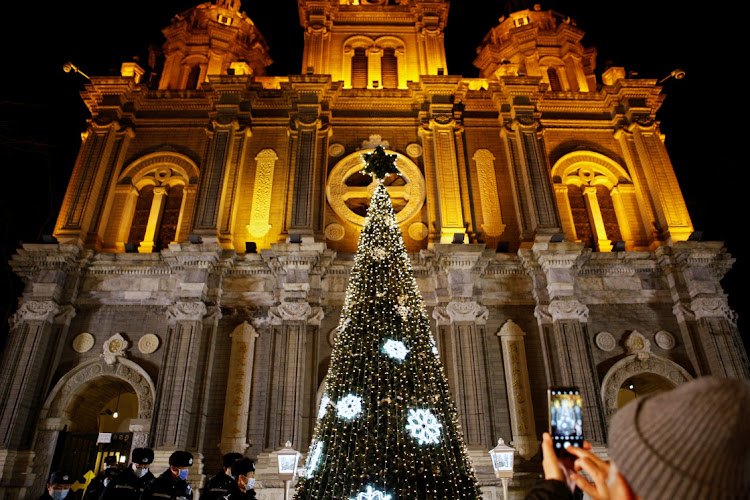 Chinese bishops and religious leaders briefed senior Hong Kong Catholic clergymen on President Xi Jinping's vision of religion with “Chinese characteristics” in an unprecedented meeting organised by the mainland’s representative office in the city, according to four clerics.

The clerics who attended or had knowledge of the October 31 meeting described it as Beijing’s most assertive move yet in its attempts to influence Hong Kong’s diocese, which is answerable to the Vatican and includes some high-ranking leaders who have long been defenders of democracy and human rights in the semi-autonomous territory.

While Hong Kong’s Catholic leaders have met their mainland counterparts individually in the past, it was the first time the two sides had met formally — and the first time mainland religious officials had instigated such a meeting, the clerics said.

Despite the meeting’s symbolism, the mainland officials and religious leaders generally avoided an overtly political message, they said.

The meeting, which has not been revealed publicly, also sheds light on what some religious figures, politicians and diplomats describe as the expanding role of Beijing’s Central Government Liaison Office in Hong Kong, which formally represents the mainland in the city but has traditionally kept a low profile.

The liaison office and officials from the state Administration of Religious Affairs monitored the Zoom sessions as three leading bishops and about 15 religious figures from mainland China's state-backed official Catholic church and about 15 senior clergymen in Hong Kong participated in the day-long meeting.

The Vatican regards Hong Kong as a single diocese so it has only one bishop.

The liaison office and the Administration of Religious Affairs did not respond to requests for comment.

Susanne Ho, a spokesperson for the Hong Kong Catholic Diocese, told Reuters the diocese “does not disclose details of private meetings”.

Without mentioning Xi or issuing any instructions or orders, the mainland speakers described how Xi’s policy of “sinicisation” aligned with long-term Vatican policies of inculturation — adapting Christianity in traditional, non-Christian cultures, two of the clerics said.

Xi has been an active proponent of sinicisation, setting out policies to foster religions with what he calls “Chinese characteristics” and closer ties to the party and state. It includes tying religions more closely to Chinese culture, patriotism and the goals of the ruling Communist Party and state to achieve Xi’s “Chinese dream”.

“This was just the first step and I felt they knew that they could not come into this too heavy or dogmatically,” said one cleric.

“We all know the word sinicisation carries a political agenda behind it, and they didn’t have to spell that out.”

“Xi was the elephant in the room,” the second cleric said.

The Hong Kong side spoke broadly about the long-standing policy of inculturation, avoiding giving any political offence and any topics that could invite mainland interference, the two clerics said. 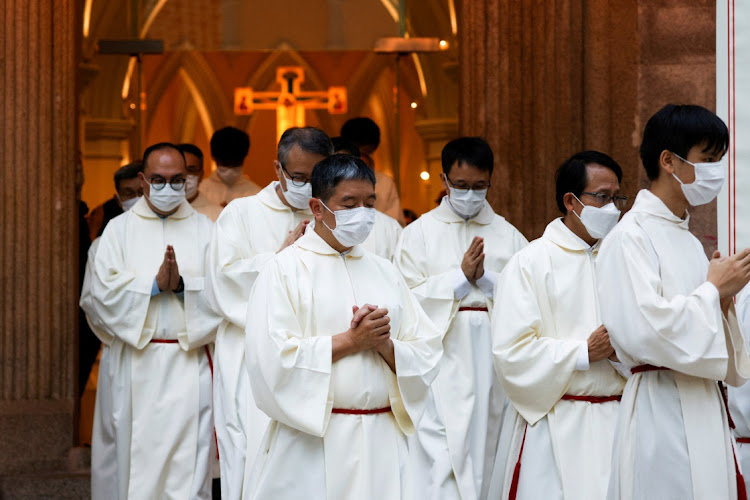 The meeting came just weeks ahead of the ordination in January of new Hong Kong bishop Stephen Chow, a moderate Vatican appointment that followed two failed attempts to fill the post after Beijing had sought to influence the decision, amid other pressures.

The Hong Kong side was led by a senior priest, Reverend Peter Choy, a figure widely seen by local Catholics as close to Beijing and, earlier, its preferred choice for bishop.

Chow, bishop-elect at the time, attended the event only briefly after it was opened, which may give him room to manoeuvre in future, three of the clerics said.

A diocese spokesperson said Choy, Chow and Tong had no comment.

While some of Hong Kong’s government and commercial elites are Catholic and pro-Beijing, including the city’s leader Carrie Lam, other Catholics have long been active in the prodemocracy and antigovernment activist movements.

Earlier in December, Xi told a conference in Beijing, described in official reports as the National Work Meeting on Religious Affairs, that all religions in China need to embrace the Communist Party, expanding on one of his long-held policies.

We must continue our country’s direction for the sinicisation of religion, we must continue to take the large numbers of religious believers, and unite them around the party and the government.

Some diplomats and activists say they are closely watching developments after Beijing’s imposition of a sweeping national security law on Hong Kong in June 2020.

They see Hong Kong’s broad religious freedoms and traditions, such as the rule of law, as one of the remaining strongholds of the “one country, two systems” model under which Britain handed its former colony back to Chinese rule in 1997.

The Basic Law, the miniconstitution that governs “one country, two systems”, explicitly provides for freedom of conscience and broad religious freedom, including the right to preach in public.

The church in Hong Kong operates essentially on pre-1997 lines, staying in close touch with the Vatican and hosting an extensive foreign missionary presence.

A deal struck between China and the Holy See in 2018 to ease long-running friction by giving the Chinese government a significant say in the Vatican’s appointment of bishops does not apply to Hong Kong, Vatican officials say.

Chinese and Hong Kong officials have repeatedly said that the city’s wide-ranging freedoms, including that of religious belief and affiliation, remain intact.

The October meeting ended with a loose understanding by both sides that future sessions should be held but no dates were set, three clerics said.

“The pressure is building on us in Hong Kong...some of us see [sinicization] as code for Xi-nification,” one of them said. “We are going to have to be clever to resist.”

People with no religious affiliation make up the third-largest global group in a new study of the size of the world’s faiths, placing them after ...
Archive
9 years ago

China’s Xi Jinping has spent the better part of 2021 consolidating his power. What that means for the international system remains to be seen — but ...
Features
1 month ago