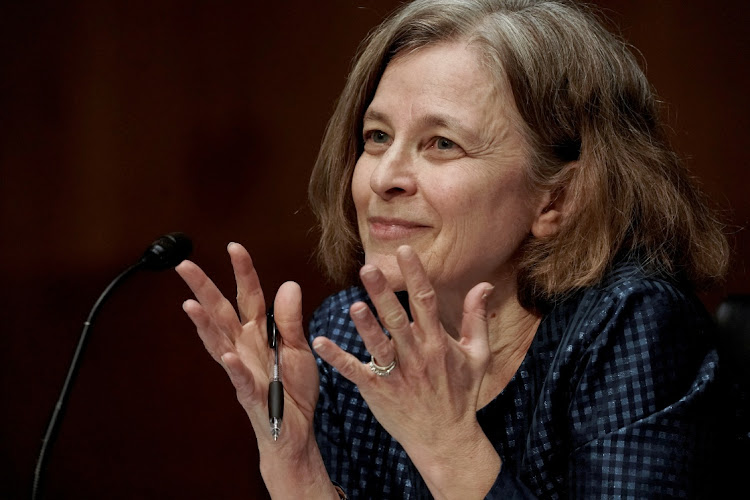 Washington  — With Sarah Bloom Raskin withdrawing her nomination to become the Federal Reserve’s regulation chief on Tuesday, the White House may be forced to opt for a new moderate candidate or leave the post open for the foreseeable future.

Raskin told President Joe Biden in a letter that she no longer wanted to be considered for the role, according to a source familiar with the matter.

Her decision came one day after centrist Democratic senator Joe Manchin said he would not support her for the powerful role overseeing Wall Street banks due to worries she would discourage them from lending to oil and gas companies.

The announcement effectively ended her chances, amid unified Republican opposition to her nomination in the Senate, where each party holds 50 seats.

With Raskin out, Biden will have to find a pick palatable to both moderate Democrats and progressives, a tough task.

“If the White House decides to find another nominee for the supervision post, we presume it will be someone who’s viewed as more moderate,” Ian Katz, MD of Capital Alpha Partners, wrote on Monday.

Raskin, a former senior Fed and Treasury official, did not immediately respond to requests for comment on Tuesday.

Other names for the role previously in the mix: Treasury undersecretary Nellie Liang; Atlanta Fed president Raphael Bostic; acting comptroller of the currency Michael Hsu; and Richard Cordray, who was head of the consumer financial protection bureau during the Obama administration and who now oversees student loans.

Mary Miller, a former Treasury undersecretary who until recently was an administrative official at Johns Hopkins University, is a new potential candidate, Isaac Boltansky, policy director for brokerage BTIG, wrote in a note on Monday.

Raskin was backed by progressives eager for tougher Wall Street oversight, including Senator Elizabeth Warren. But the energy industry staunchly opposed the nomination based on comments Raskin had made suggesting financial regulators should more aggressively police financial institutions on climate change-related financial risk.

Raskin’s exit is a win for the oil and gas lobby, but it is unlikely to fundamentally alter the central bank’s regulatory agenda with more Democrats poised to become Fed governors. Raskin’s withdrawal should clear the way for two other Democrats, Lisa Cook and Philip Jefferson, to be voted through.

“This should not change the risk that the big banks face from Team Biden taking control of the Federal Reserve.... The plan going forward is the same,” wrote Jaret Seiberg, an analyst at Cowen Washington Research Group, although others cautioned it would delay that agenda.

Biden also has nominated Fed chair Jerome Powell to another four-year term as head of the central bank. Powell is widely expected to be confirmed by the Senate, where he has bipartisan support.

Raskin is the second Biden banking regulatory pick to falter in the Senate. Saule Omarova, an academic and progressive favourite tapped by Biden to become comptroller of the currency, withdrew in 2021 after failing to win over moderate Democrats.

Despite these defeats, it was unclear if progressives and moderates could unite behind any of the candidates in the mix.

Another option for the White House would be to leave the seat open and have other Fed governors act as the de facto regulation lead, the approach adopted by former president Barack Obama’s administration.

Cook and Jefferson could become members of the Fed’s committee on supervision and regulation and lead it on an interim basis, Boltansky said. Others said Fed governor Lael Brainard, a Democrat who Biden has nominated for the central bank’s vice-chair role, could informally lead the regulation file.

Some Republicans have said they may not back Brainard, although Democrats are united in their support of her.

“Brainard is experienced in these issues, which means her influence will be felt widely at the Fed,” Seiberg wrote.